Iran’s Defense Minister Cautions about Anti-Iran “Arab NATO” by U.S. and Its Allies 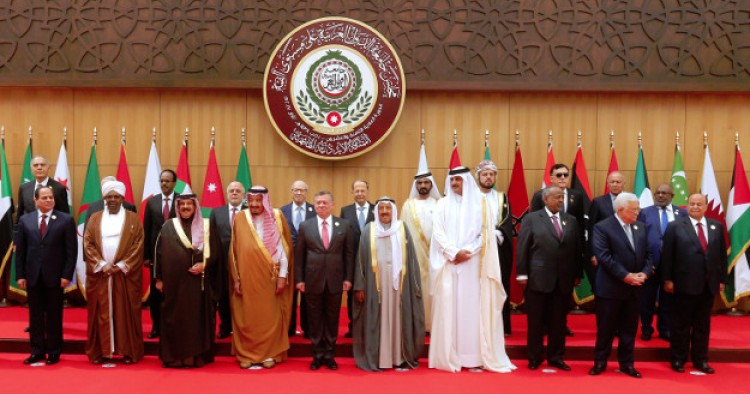 President Donald Trump’s planned trip to Saudi Arabia has triggered concern in Tehran. Iranian officials and media outlets appear to be particularly troubled by Riyadh’s decision to invite leaders of dozens of Muslim countries to attend a summit with the American president. Many Iranian leaders and analysts say Washington, Israel and Sunni Gulf nations want to establish an “Arab NATO” or “American-Arab NATO” to confront Iran’s power and influence in the region. “The US and the Zionist and al-Saud regimes have created sensitive and complicated conditions in the region and have hatched dangerous plots to continue crisis, war and bloodshed in the region within the framework of an Arab NATO," Iran’s Defense Minister General Hossein Deghan warned on Tuesday. Iran’s Foreign Ministry Spokesman Bahram Ghassemi also slammed the Riyadh summit but tried to play it down by arguing that Muslim leaders participating in it would go their own way as soon as they return to their respective countries. Ghassemi cautioned that the Saudi initiative would further divide the Muslim world.

Comment: There has been a growing concern in Tehran over the past four months that the Trump administration may form a military alliance with Arab allies – with Israel’s help – to counter Iran’s influence in the Persian Gulf and broader Middle East region. In February, Grand Ayatollah Nasser Makarem Shirazi, a top Iranian cleric close to Supreme Leader Ali Khamenei, warned that the Trump administration intended to create an “Arab NATO” and called on Muslims to “stay vigilant to U.S. plots.” Iranian media outlets have also suggested that the new U.S. administration plan to pursue a “two-pillar policy” to pressure Iran – by increasing economic and diplomatic pressure on Tehran and working with America’s traditional allies in the region to confront Iran.

Earlier this week, Iran’s Tabnak News Agency warned that Trump’s planned trip to Riyadh and his meeting with Saudi and other Arab leaders will set the stage for an Arab-U.S. alliance against Iran. “The invitation to seventeen Arab countries to visit Saudi Arabia and meet with the American president should be seen as an effort to foster convergence between Arab countries and America and to bring them together to establish an ‘Arab-American NATO’ to confront Iran in the Middle East,” it warned. The article further noted that frequent meetings between senior American and Saudi officials during the first 100 days of the Trump presidency indicate that the two sides have “reconciled their differences that had emerged under the Obama presidency” and have reached an understanding to work together on Syria, Yemen and Iran.