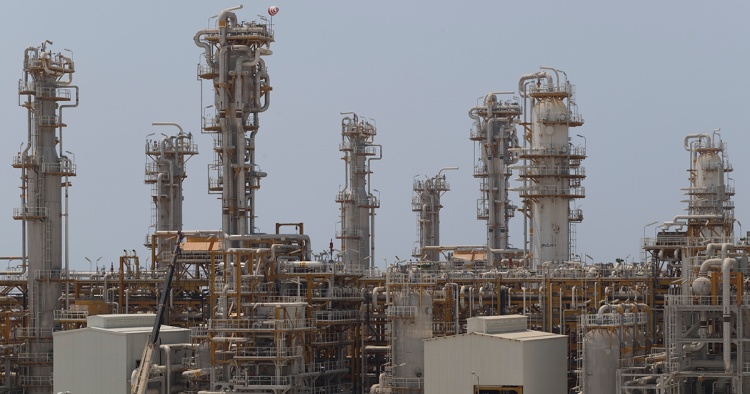 Iranian Supreme Leader Ayatollah Ali Khamenei recently said that foiling plans to prevent Iran from selling its oil and gas constituted an act of jihad. Energy exports and the revenues they generate take the sting out of U.S.-led sanctions on Iran’s hydrocarbons industry. Making the most of Iran’s reserves, however, will require it to develop shared fields like Dorra/Arash, a gas field located offshore in the northern Gulf, where Iran must vie with competing claims from neighboring Kuwait and Saudi Arabia. In the past, Iran has often neglected its joint gas fields as a result of sanctions and focused instead on meeting its rapidly growing domestic needs through exploiting non-shared fields, but the country says this must change going forward.

Iran is an international gas giant, with proven reserves of over 1,133 trillion cubic feet (tcf) as of end-2020, equivalent to 17.1% of the world total. At current rates, it has a reserves-to-production ratio of just under 130 years, giving it plenty of scope to ramp up output. Given rising global demand for gas, and Europe’s need to replace imports from Russia, Iran likely hopes to grab a share of the international gas market going forward, although this would require huge investments and capital that it currently lacks.

Just how much gas Iran has in fields it shares with its neighbors is unclear given untapped reserves and ongoing boundary disputes. Tasnim News Agency, linked to the Islamic Revolutionary Guards Corps, which also implements energy projects in Iran, claims 70% of the Dorra/Arash offshore field lies within Iran’s Gulf maritime boundaries. But Iran has yet to agree where the maritime border on the eastern edge of the Partitioned Neutral Zone (PNZ), a neutral area between Kuwait and Saudi Arabia, lies.

As a first step, Tehran wants to run joint fields using the indigenous start-ups that have helped the National Iranian Gas Company make strides after the U.S. reimposed sanctions in 2018. While Iran lacks advanced technologies due to sanctions, these companies, known as danesh-bonyans, train and recruit the best local talent to help keep the industry running. As a result, Iran’s natural gas production has grown steadily in recent years with total output of 8.85 tcf in 2020, up significantly from 5.08 tcf a decade earlier. Domestic consumption has also risen in lockstep over the same period, however, reaching 8.23 tcf in 2020, up from 5.1 tcf in 2010.

Concerns over sanctions have proven a recurring problem for Iran in recent years, preventing joint investments. Sanctions sank an underwater gas pipeline project linking Iran to Oman, for which Russia offered to invest $5 billion in exchange for partial ownership. A Qatari-Iranian memorandum of understanding to invite the French multinational TotalEnergies to develop the 1,260 tcf of recoverable gas reserves in the South Pars/North Dome failed to materialize as well.

Conflicts over shared gas resources pose an additional challenge for Iran, and competing claims with Kuwait and Saudi Arabia have complicated exploitation of the offshore Dorra/Arash gas field in the Gulf PNZ. Discovered in 1967, the Dorra/Arash field is expected to produce an estimated daily average of 1 billion cubic feet of natural gas and 84,000 barrels of condensate. Over the years Kuwait and Iran have engaged in talks about their disputed maritime borders, without reaching an agreement. In 2000, they led talks on the issue, but Saudi Arabia staked its own claim. A year later, Iran sent drilling equipment to the field in hopes of encouraging Saudi Arabia and Kuwait to jointly develop it pending a maritime border deal, but withdrew when Kuwait objected. Kuwait then initiated talks with Saudi Arabia to draw the maritime border. In 2014, Saudi Arabia contested Iran’s share, but admitted that the field’s development required coordination with the country. It is unclear if the current Saudi-Iranian talks are focused on resolving the tensions on this front, but some signs suggest they might be.

Earlier in 2019, Saudi Arabia and Kuwait signed an agreement to operationalize Dorra/Arash by 2022. Excluded from the deal, Iran deemed it “illegal.” Tasnim News Agency accused Kuwait of ceding Iran’s rightful share to Saudi Arabia. In March 2022, Iranian Oil Minister Javad Owji announced the country will resume drilling operations in the field after a 21-year hiatus. To this end, it has already carried out feasibility studies. In light of these changing realities, Kuwait, once adamantly opposed to Iran’s claims, has recalibrated its position and now sees resolution as a trilateral issue. Saudi Arabia has joined Kuwait in calling for a resolution to the disputed claims with Iran.

With an estimated 10-11 tcf of gas, the field is important for both Kuwait and Saudi Arabia. As of 2020, Kuwait’s proven natural gas reserves totaled 59.9 tcf and its production of natural gas (0.53 tcf) fell short of its consumption (0.73 tcf). The country currently relies on imported liquefied natural gas to meet domestic demand. Saudi Arabia has proven gas reserves of 212.6 tcf and output of 3.96 tcf in 2020, but like Kuwait, it needs offshore non-associated or stand-alone gas fields instead of associated gas from oil production. Combined with the Jafurah Gas Field’s much larger reserves of 200 tcf, Dorra/Arash could help to turn Saudi Arabia into a natural gas exporter by 2030. Saudi Arabia could deliver gas to the PNZ-based Saudi port of Khafji and to Kuwait pending security guarantees that the two pipelines needed to transport the gas will not be sabotaged over boundary disagreements with Iran.

It remains to be seen whether Iran can provide the capital needed to develop Dorra/Arash and find a way of cooperating with Saudi Arabia and Kuwait. At the policy level, Iran is calling for one contract every week or two to develop shared fields with its Arab neighbors and promising to deliver contracts to Iranian private developers and investors if its neighbors refuse to cooperate. Iranian lawmakers are now joining the debate as well and calling on their Arab neighbors to avoid using more than equitable volumes of gas from shared fields.