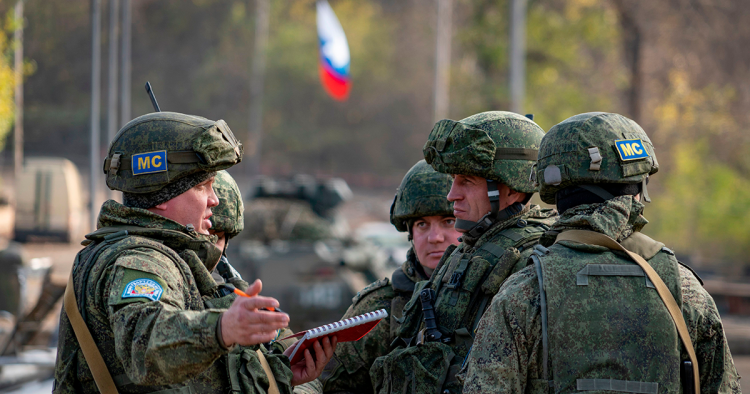 Iranian military advisers and pro-Iran foreign proxy groups are present from Yemen and Iraq to Syria and Lebanon. Tens of thousands of armed men operating across the Middle East look to Tehran for guidance and patronage. This sort of sway has made Iran into a regional power broker — at least in the Arab world. But Tehran’s deep ideological and financial investments in Arab states have come at the expense of neglecting Iranian interests closer to home.

The recent peace deal between Armenia and Azerbaijan that ended weeks of military conflict right on Iran’s doorstep showcases Tehran’s near irrelevance in the dynamics of the fragile South Caucasus. Despite Iran’s efforts to broker some kind of regional agreement to end the conflict, Tehran was quickly proven to be nearly a non-factor. Put simply, it did not have the clout to influence the outcome of the conflict. Instead, the Russians and the Turks shaped the course of the war and its cessation. Now, the Iranians are nervously watching as Russian and Turkish military forces deploy to keep Armenian and Azerbaijan troops apart and uphold the peace agreement. The Iranian regime is embarrassed and it should be. Tehran’s close geographic proximity and deep historic ties to the South Caucasus should make it a natural player in the region, were it not for the Islamic Republic’s overwhelming focus on the Arab world.

Armenia, no longer a neighbor of Iran?

Once the Russians and the Turks managed to bring about a peace deal between Armenia and Azerbaijan, Iran had to confront speculation that it might lose its international border with Armenia. As part of the peace deal, Azerbaijan proper would be linked to the autonomous republic of Nakhchivan via a transit corridor running along what is the Armenian-Iranian border. While Iran may lose its border access to Armenia, Tehran disputes this, with Saeed Khatibzadeh, the spokesman for the Foreign Ministry, saying Iran’s international borders had not changed and “will not change in the future.”

Still, the charge and the denials by Tehran underscored just how out of loop it was and the fact that it was playing catch-up with the realities of the Armenia-Azerbaijan conflict. It was not merely about symbolism either — billions of dollars are at stake for Iran as the South Caucasus enters a new era. Media close to the Revolutionary Guards in Iran were quick to point to Turkey as the big winner in the rearranged regional map. Turkey now can reach mainland Azerbaijan without needing to go through Iran as a transit point, while Iran has lost its transit route to Armenia.

As Radio Farda reported, some Iranian media pointed out that “Russia and Turkey could ‘easily exclude Iran from any future energy transfer routes to Europe,’ causing Tehran billions of dollars in damage.” Later Iranian Deputy Foreign Minister Abbas Araghchi had to dismiss what he called “baseless rumors” that Iran had lost its access to Armenia thanks to the 5-km-wide transit corridor to be manned by Russian forces. Whatever the truth, the Iranian government was clearly in damage-control mode and everyone could see it.

Tehran, Russia, and the South Caucasus

From the beginning of the latest round of conflict between Armenia and Azerbaijan over the disputed region of Nagorno-Karabakh, it was clear that Moscow did not worry about Tehran’s stance or potential involvement. The Russians, as it turned out rightly, were worried about the Turks and Ankara’s ability to make further inroads into the South Caucasus. Tehran simply sat back and echoed Russian positions as the conflict raged on.

From the start, the Iranians had two main concerns. The first was that the war would fuel a sense of Azerbaijani nationalism inside of Iran, where some 20 million people are of ethnic Azerbaijani background, and support for Baku’s military campaign to recapture Armenian-occupied Azerbaijani lands. In other words, the Iranian authorities feared the potential for spillover, where Tehran would unwittingly be dragged into the Armenian-Azerbaijani war. The second factor that concerned Iran from the outset was the likelihood that Turkey’s proactive policy of supporting Azerbaijan would come to give Ankara a bigger stake in the future of the South Caucasus.

That fear is now a reality Iran has to learn to live with going forward. In addition to Turkey, Azerbaijan also received military support from Israel, Iran’s arch-rival. The Iranians have had to deal with a strong Azerbaijani-Israeli relationship for some time, but they are probably assuming that ties between the two countries are set to become even deeper moving forward — and that can only trouble Iran.

The simple truth is that over the last 20 years or so Iran has chosen to prioritize the Arab world as its regional focus. When the Armenian-Azerbaijani war was raging in the early 1990s, Iran could play a credible role as an independent broker. It cannot do so now because it has lost so much leverage and has opted to let Moscow shape Iranian interests in the South Caucasus. It is a strategy bound to put Iran’s interests in the South Caucasus at the mercy of Russia, and Iran is already paying dearly for it.

Alex Vatanka is the Director of MEI’s Iran Program and a Senior Fellow with MEI’s Frontier Europe Initiative. The views expressed in this piece are his own.