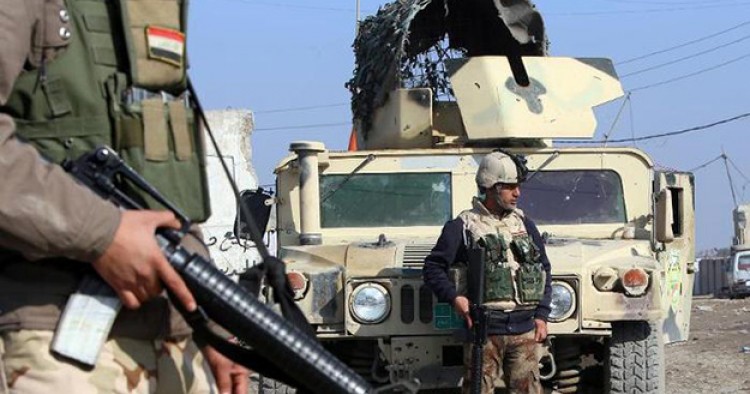 Since the departure of U.S. ground forces from Iraq in 2011 in the wake of failed negotiations to extend the 2008 Status of Forces Agreement, the security situation in Iraq has steadily declined. To many, the situation was predictable, as the absence of a residual U.S. force to mature the Iraqi security forces and moderate long-standing political tensions among the sects led to a security vacuum filled by extremists and terrorists. To others, 10 years of investment and over 4,000 troops lost was enough, and it was time for the Iraqis to resolve their own internal conflicts. Secretary Kerry recently articulated the latter view as the current administration’s policy, declaring, “This is a fight that belongs to the Iraqis…This is their fight.”[1]  Yet, the United States has important national interests in Iraq’s future and in Iraq’s success. This fight does not belong to the Iraqis alone.

Regardless of the U.S. policy, the instability in Iraq is generally a consequence of failed reconciliation between the Anbar Sunnis and the Shi`a-led Baghdad government. Unsatisfied with the post-2003 status quo, the Sunni community feels abandoned, repressed, and denied a proper share of the nation’s enormous assets. The Shi`i government, in turn, feels threatened by Sunni irredentism, believing the unwillingness to reconcile to be due to agitation led by former Saddamists, Ba`thists, and foreign elements, and a plot to overturn the government so as to return the country to its rightful heritage in which, as some Iraqis say, “the Sunnis dominate while the Shi`a flagellate.” Within this instability and conflict, both Iran and al-Qa`ida see opportunity in Iraq, as they do in Lebanon and Syria.

Stability has progressively deteriorated since early 2013, and the current spiral of violence was ignited by the killing in Anbar of Major General Mohammed al-Karawi, commander of the 7th Iraqi Army Division, on 21 December. In reaction to the killing, the Iraqi government launched punitive operations and used those operations as an opportunity to clear a protest camp in Ramadi that reportedly had been transformed into a headquarters for al-Qa`ida leaders. As part of these operations, the Iraqi security forces (ISF) detained MP and protest leader Ahmed al-Alwani and shot his brother. Since that time, the situation has further deteriorated, and the presence of al-Qa`ida elements—the newly-named Islamic State of Iraq and the Levant (ISIL)—in the Anbar fighting has significantly exacerbated the situation. As in 2003-2004, the al-Qa`ida elements are seizing the opportunity to insinuate themselves within Anbar, aligning themselves with the local tribes to fight the Iraqi security forces.

For many in Anbar, memories of the 2003-2006 al-Qa`ida repression and the 2006-2008 Awakening movement is still fresh. Most of the tribes are choosing the lesser of two evils—Baghdad—over aligning with ISIL. There have been various outreaches between Baghdad and the Anbaris, and Ahmed Abu Risha (the older brother of slain Awakening movement leader Abdul Sattar Abu Risha) pledged to provide tribal militias to fight alongside the ISF against the ISIL. Further, the United States has promised delivery of additional weapons systems and, more importantly, critical intelligence assets such as Raven and ScanEagle surveillance drones. Whether the U.S. assistance can arrive in time to support the near-term campaign is questionable.

Winning the campaign against ISIL is not a simple duplication of the first Awakening movement. The conditions and tactical context are different in 2014, and the solutions will need to differ as well. U.S. forces are gone; there is significant antagonism between the Sunni tribes and the Iraqi security forces; recent government operations have been heavy-handed and ineffective; and, most importantly, ISIL is part of a larger al-Qa`ida movement reaching well beyond the Iraqi border to the Mediterranean Sea. Attempting to impose the same strategy and tactics used in 2006 is fraught with peril. Of note, the strategic context, too, has changed. The U.S. withdrawal may have allowed, even encouraged, a bolder, expansionist policy from Tehran, and the U.S. opening of relations with Iran undercuts the odds of reviving a second Awakening.

Three factors differentiate this campaign from the successful Awakening operations in 2007-2008. First, it will require the tribal militias to agree to a second Awakening campaign, but this time alongside the Iraqi security forces and Baghdad, not U.S. forces and Washington. The tribal militias must still provide local fighters and, more critically, local intelligence, while the Iraqi security forces provide operational command and control of operations, heavy vehicles and weapons, and a large numbers of troops. Yet, working together in a joint anti-ISIL campaign will require the ISF and the tribal militias to address a significant trust deficit resulting from unfulfilled commitments after the first Awakening. Ominously, this trust deficit has recently increased as a result of the current ISF operations, which have killed numerous civilians, destroyed entire neighborhoods, and caused humanitarian displacement of thousands from Fallujah, Ramadi, and other towns and cities in Anbar Province. While a common ISIL threat can bond the tribes and the ISF in joint operations, one or two negative incidents can quickly break that bond—a common characteristic of coalitions.

A second factor needed is a U.S. willingness to assist in two areas—equipment and mediation. The United States has pledged to provide advanced technical capabilities, especially intelligence, surveillance, and reconnaissance platforms to blend high-resolution technical intelligence with the human and ground intelligence provided by the tribes and the ISF. The campaign against ISIL will not be won by the side with the most troops or the most equipment, and over the years extremists and terrorists such as ISIL have demonstrated the ability to conduct terrorism campaigns while vastly out-manned and out-gunned. The key to defeating ISIL is all-source intelligence capability, that is, to include the vital human intelligence provided by the tribes, the tactical intelligence provided by the ISF, and the unsurpassed technical intelligence of the United States. The initial U.S. package of ScanEagle and Raven low-resolution UAVs is insufficient to the task, and one can only hope that a fuller package including satellite reconnaissance, electronic intercept equipment, and trained analysts is quietly finding its way to Iraq.

Additionally, the United States must provide a mediating role within this entente cordiale. Simply, the alliance of convenience between the Sunni tribes and the central government is predicated on the shakiest of foundations, “The enemy of my enemy is my friend.” There is little trust between the tribes and the central government, and the slightest provocation, either intentional or unintentional, could lead to a breaking of this shaky alliance. The United States must do more than make phone calls from Washington, more than offload new equipment at Baghdad Airport, more than deliver demarches to the Foreign Ministry. It must demonstrate a more active diplomatic role in 2014, supplanting the U.S. military role played in 2006-2008. The U.S. Embassy in Iraq is among the largest in the world, staffed by the best in the U.S. Foreign Service. It must be allowed (and augmented) to offer its skills in ensuring the bond between the tribes and Baghdad. It must also continue that role in the wake of the second Awakening to ensure that promises and commitments made by both sides provide the catalyst and starting point for true reconciliation.

Last, success will require addressing the larger al-Qa`ida threat operating throughout the region in Lebanon, Syria, and western Iraq. In many ways a consequence of the regional struggle between Iran and the Gulf Arab nations, al-Qa`ida is seen (and by some, supported) as the vanguard of the fight against an expansionist, hegemonic Iran. Whether trying to topple Assad in Syria, restart the civil war in Lebanon, or reverse the new order in Baghdad, al-Qa`ida provides the shock troops to fight Iran’s Revolutionary Guards throughout the region, the al-Lijan al-Sha`biyya in Syria, Shi`i militias in Iraq, and Hezbollah in Lebanon. This is, perhaps, the most pernicious aspect of the overall conflict and requires a regional solution, including bilateral diplomatic efforts with countries currently less opposed to al-Qa`ida than Iran.

Even if ISIL in Iraq is brought under control, Baghdad still needs to confront the root cause of extremism emanating from or finding sanctuary in Anbar Province—to wit, a lack of motivation in Baghdad or Anbar to reconcile. Unwilling to accept the post-2003 status quo in Iraq, Sunnis remain impatient as their Shi`i and Kurd neighbors enjoy the fruits of the “new” Iraq—freedom, oil, water, political power—while they remain constrained to a few dusty provinces with little influence and a minority status. As they remind the Baghdad authorities, they may no longer have exclusive political power or control over the country’s boundless assets, but they do have countless young men, abundant weapons, and a tribal ethos, and they will continue to use those assets against Baghdad until a better deal emerges. Beyond the current fight against ISIL, a successful reconciliation effort is needed to reduce extremism in Iraq.