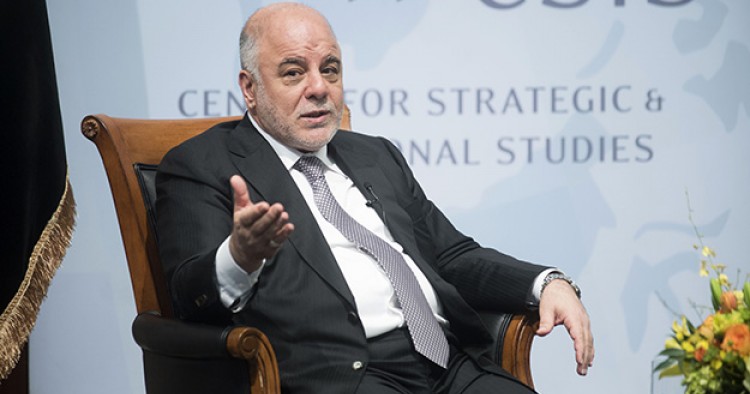 This article was first published by NPR.

When Iraqi Prime Minister Haider al-Abadi weighs the pros and cons of running such a fractured country, here's the upside: He can count on five separate military groups supporting his battle against the self-declared Islamic State.

The downside is that he has limited control of these groups, and of much of his country.

Abadi is in Washington this week, his first visit to the capital since the U.S. launched its bombing campaign last summer against the Islamic State, or ISIS. He's a striking contrast with his predecessor Nouri al-Maliki, whose eight years in power were marked by regular friction with the U.S.

Abadi is a fluent English speaker, comfortable with policymakers in Washington, and he understands what Americans are looking to hear. But it's one thing to deliver engaging speeches in Washington and quite another to deliver Iraq from its current mess.

Abadi commands an army still struggling to prove itself as a capable fighting force. He's trying to get a handle on Shiite militias that have been effective fighters, but have been accused of abuses. Then there are the Kurdish forces who control the northeast of Iraq. And he must find a way to remain on working terms with both the Americans who are supplying air power and Iranian advisers serving on the ground.

In a speech Thursday at the Center for Strategic and International Studies, Abadi criticized the highly visible role that Iranian military commander Qasem Soleimani played in the recent fighting for the city of Tikrit, north of Baghdad.

Asked about this, Abadi said: "Certainly it's a bad idea. I mean, we don't accept it. We welcome the Iranian help and support for us. To be honest with you, it's a very sensitive issue. Iraqi sovereignty is very important to us."