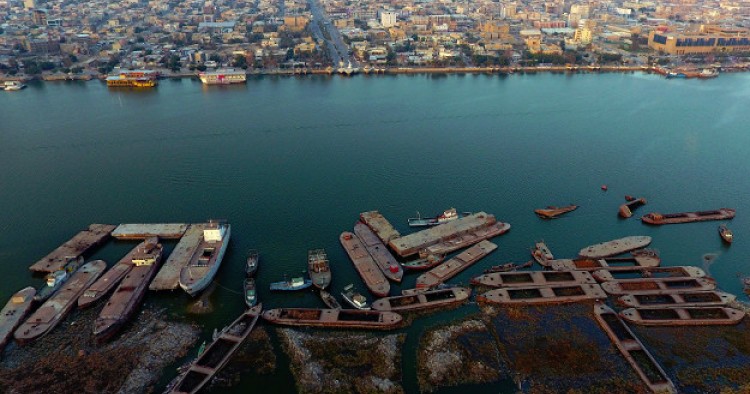 The Iraqi National Accord Party has accused Iran of violating Iraq’s sovereignty on its territorial waters, the Iraqi media reports. The party, led by former prime minister and vice president Ayad Allawi, claimed in a statement released yesterday that Iran had recently escalated a political campaign aimed at seeking territorial gains at Shatt al-Arab waterway and in the al-Faw Peninsula in the southeast of Iraq’s Basra Governorate. “Silence against Iranian aggression will result in losing the main access of Iraq to the international waters, a matter threatens the economic and the security of Iraq and puts the Gulf states on brink of new conflicts,” said the statement as quoted in the Baghdad Post. “Iran's policy of blockading, strangling and violating the rights of Iraq and its people necessitated a strong and swift action from the side of the Iraqi government and parliament to maintain Iraq's sovereignty through reaching direct understandings with Iran,” it added. The statement also accused Iran of demanding control and sovereignty over Iraqi ports.

Comment: The long-standing dispute between Tehran and Baghdad over navigation rights at Shatt al-Arab waterway (called Arvand Rud in Iran) was one of the reasons that precipitated the Iran-Iraq war in the 1980s. At a conference in Algiers in 1975, Iran agreed to stop aiding Kurdish rebels in Iraq, while the Iraqi government in return was forced to grant Tehran territorial control over the Shatt al-Arab up to the middle of the river. Former Iraqi dictator Saddam Hussein tore up the Algiers Agreement in 1980 as the war with Iran began. And even when the war ended eight years later, the two sides maintained that their claims over the Shatt al-Arab had not changed. While it is difficult to verify the latest claims by the Iraqi National Accord Party, it is conceivable that Tehran is using its increasing leverage with Baghdad to claim more control over Iraqi ports.