An Israel-US defense treaty will ruin relations with Arab states 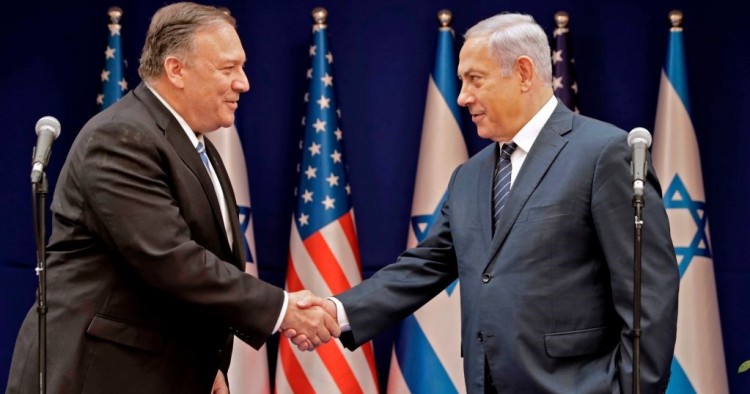 Attempts by the indicted Israeli leader to railroad through a joint U.S.-Israel defense treaty in opposition to the Palestinians and other Arabs will be disastrous for America’s national interest.

According to the 1950 Joint Defense and Economic Cooperation Treaty signed by all Arab League member states, including Palestine, an attack on any member is an attack on all members. One of the first problems with any U.S.-Israel defense treaty would therefore be the need to determine Israel’s borders. Would they be the internationally recognized pre-June 1967 borders? Would they include the unilaterally annexed East Jerusalem and the Golan Heights? What about the Jordan Valley, which Israeli Prime Minister Benjamin Netanyahu has recently promised to annex as well?

The problem would be compounded if Israel annexes the territory, the large eastern portion of the occupied West Bank. The suggested annexation of the Jordan Valley and the northern Dead Sea would not only mean the death of the two-state solution but would also likely abrogate the 1994 Jordan-Israel peace treaty as well.

Netanyahu’s sudden visit to Lisbon on Dec. 4 to meet U.S. Secretary of State Mike Pompeo, and the ensuing public suggestion of a joint defense treaty, could further complicate an already volatile Middle East and ruin U.S. strategic relations with its Arab allies.

Jordan’s King Abdullah II has said that the current Jordan-Israel relationship is “at an all-time low.” For more than two years, the king has refused to take any phone calls from Netanyahu. He accuses the right-wing Israeli leader of repeatedly violating an understanding reached in 2014 that both Israel and Jordan commit to preserving the status quo at Jerusalem’s Al-Aqsa Mosque. The two leaders had agreed that the UNESCO World Heritage Site was for “Muslims to pray and for all others to visit.” Despite the understanding, which was brokered by then U.S. Secretary of State John Kerry, Jewish extremists continue to make provocative visits to the site to pray, while calling for the destruction of the mosque and the rebuilding of two Jewish temples that stood there in antiquity. Israeli police officials said in August that allowing Jews inside the area was done with “the backing of the top political officials.” Sensitive issues dealing with Al-Aqsa are handled by the office of the Israeli prime minister.

Israel and the U.S.’s problems will not be limited to Palestinians and Jordan if they move forward with a defense pact. All 23 members of the Arab League are legally obliged to protect the state of Palestine and any other member state if they are attacked militarily.

For a caretaker Israeli government and a U.S. president facing impeachment to even consider such a strategic agreement is pure folly. For over a decade, Netanyahu has had the confidence and support of the majority of Knesset members, yet has been unable to pass through such a defense agreement or annex further lands in the occupied territories. Doing so while in a transitional government and after criminal indictment makes no moral or political sense. The selfish attempt by the beleaguered Netanyahu to show that he is in a different league than all his political opponents will do little to advance peace with Palestinians and will endanger his own efforts to improve relations with some moderate Arab countries.

Saudi Arabia and other Arab countries have publicly condemned Netanyahu’s pledge to annex occupied Palestinian lands and have stressed adherence to the Arab Peace plan, which calls for all 57 Arab and majority-Muslim countries to have normal relations with Israel if it agrees to withdraw from Arab areas occupied in June 1967 and jointly agree on a fair resolution of the Palestinian refugee problem.

American and Israeli foreign policy have been aligned over the years and Washington has never stopped helping Israel. In 2016 the Obama administration signed a 10-year, $38 billion agreement to support Israel with both military and civilian grants. America sells Israel its best military equipment and the U.S. is committed to maintaining Israel’s military superiority over its Arab neighbors.

The proposed U.S.-Israel joint defense treaty is nothing more than a political boon to an indicted Israeli leader who is unable to garner support from his people and elected officials to remain in office as prime minister. Not only is such a joint agreement dangerous and futile, but the very idea of discussing it is part of a corrupting act that doesn’t serve Israeli or American interests — only those of Prime Minister Netanyahu.

Palestinian President Mahmoud Abbas has been consistent in declaring his support for peace negotiations and his rejection of any violent resistance to Israel. The Palestinian government has maintained its security coordination with Israel despite the huge political gap separating Palestinians from their Israeli occupiers, as reflected in the Palestinians publicly ditching the Oslo Accords. Any attempt or even the appearance of an attempt to discuss a U.S.-Israeli military alliance will be yet another warmongering act that no one in the Middle East wants. Washington must join Palestinians, most Israelis, and the rest of the world in pushing for a peaceful resolution based on the two-state solution with a democratic Palestinian state on the June 4, 1967 borders alongside a peaceful and secure Israel.

Daoud Kuttab is an award-winning Palestinian journalist and former Ferris Professor of Journalism at Princeton University. Follow him on twitter @daoudkuttab. The views expressed in this article are his own.