Israel’s new front in the fight against Iran 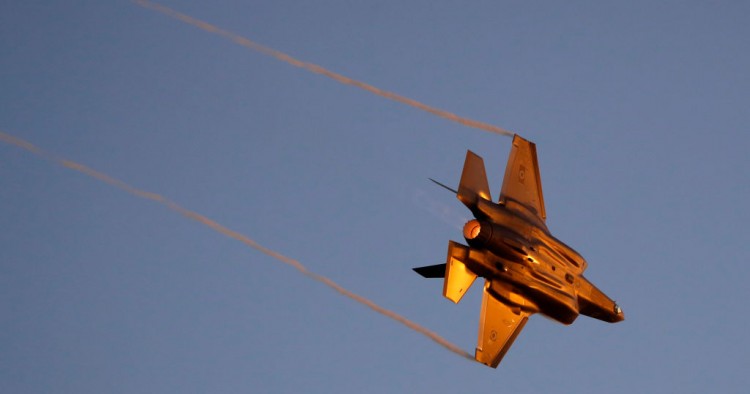 On Aug. 12, an explosion took place inside an ammunition warehouse in the al-Saqr military base in southern Baghdad, triggering hundreds of mortars and rockets to fire off in all directions throughout urban, populated areas. One person was killed and 29 wounded, as munitions and debris scattered as far as 5 kilometers away. The base was home to Iraq’s federal police and at least two Iranian-backed Popular Mobilization Forces (PMF) militias, Kataib Sayyid al-Shuhada and Kataib Jund al-Imam. Although initial reports suggested the explosion may have been caused by poor munitions storage and hot summer weather, recent reporting and satellite imagery have put the blame on a precision air strike, likely carried out by Israel.

If true, this would be the third likely Israeli airstrike on Iran-linked military targets in Iraq in two months, after mysterious explosions struck weapons storage sites in Camp Ashraf on July 28 and on another PMF base in Amerli on July 19, where two Iranian citizens were killed. A fourth possible strike may have taken place on Nov. 3, 2018, when a Kataib Hezbollah depot exploded in Tuz Khurmato. Before this, Israel had not acted militarily in Iraq since 1981.

Three days after the Aug. 12 explosion in southern Baghdad, the Iraqi government ordered that all flights traversing Iraqi airspace be cancelled, unless authorized by the Iraqi military. The order specified air activities involving reconnaissance or the use of fighter jets, drones or helicopters. The nature of that response heightened suspicion that some form of air strike had been involved.

As these incidents have suggested, Israel is indeed engaged in a new front against Iran: Iraq. Israeli intelligence has known for more than a year that Iran had begun deploying sophisticated rocket and ballistic missile systems into Iraqi territory — some to be based there permanently and others to be dispatched by land to Syria and Lebanon. Some reporting has even suggested Iran is operating Saddam-era missile factories in al-Zafaraniya near Baghdad, in Jurf al-Sakhar, near Karbala, and in Iraqi Kurdistan in order both to manufacture new munitions from scratch and to assemble ballistic missiles smuggled into the country in component pieces. It was these very same facilities that U.S. Secretary of State Mike Pompeo allegedly raised during a meeting with Iraqi Prime Minister Adel Abdul-Mahdi in May 2019.

To reach Iraq, Israel would almost certainly have used its F-35 “Adir” fighter jets, whose advanced stealth capabilities and extended range would provide the means necessary to traverse Syria and enter Iraqi airspace undetected. Interestingly, Israeli Air Force commander Maj. Gen. Amikam Norkin acknowledged for the first time in May 2019 that Israeli F-35s had flown only two combat missions “on different fronts,” one of which involved a flight over Beirut, Lebanon. Perhaps the second mission was to the Kataib Hezbollah facility in Tuz Khurmato, Iraq in November 2018.

Iran’s decision to expand its rocket and missile infrastructure beyond Lebanon and Syria into Iraq fits perfectly within its existing regional consolidation strategy, which appears focused not just on fortifying its extensive expansion in influence but also on enhancing the scale of its military capabilities and reach. In Syria, this next step has been most challenging, given the freedom of action Israel enjoys there, but the dynamics are more favorable in Lebanon and Iraq, where the lack of de-confliction and de-escalation mechanisms means any substantial Israeli military action risks catastrophically enflaming tensions into a spiral of potentially uncontrollable conflict — a scenario Israel understandably wants to avoid.

Aware of the limitations placed upon Israeli action in Iraq, Iran appears also to have tested its freedom of activity during heightened tensions this summer. Iran launched its May 14 drone attack on Saudi oil facilities from Kataib Hezbollah’s base in Jurf al-Sakhar, while a spate of rocket attacks on U.S. contractors in Balad and oil fields in Basra in June were also launched from within Iraq. Unlike in Syria, where such attacks have traditionally invited a far greater Israeli retaliation, the response to those attacks was relatively minimal — an encouraging sign for Tehran.

This situation presents a major challenge to the Iraqi government, which depends heavily on Iran on security and economic issues, while facing intense international pressure to restrain the PMF and limit Iran’s reach into the military and other arms of state power. Some recent Israeli reporting claims a series of secret meetings have been held between Israeli and Iraqi officials, presumably focused on Iran-related issues. Baghdad’s attempt to pull the PMF under the guardianship of the military was meant to be complete by July 31, but it appears to have been put — unsurprisingly — on hold since the prime minister’s recent trip to Tehran in late July.

Iran’s qualitative expansion in Iraq also places the United States in an awkward position. Although the Trump administration presents itself as a stalwart adversary of Iranian expansionism in the Middle East, Washington has no interest in weakening, isolating, or even attacking the Iraqi government, because doing so would only empower Iran. It is therefore inevitable that Iran will continue to consolidate its position in Iraq and gradually enhance its ability to exert military power — conventionally and unconventionally — from Iraq toward Israel, the U.S., and its allies in the Gulf.