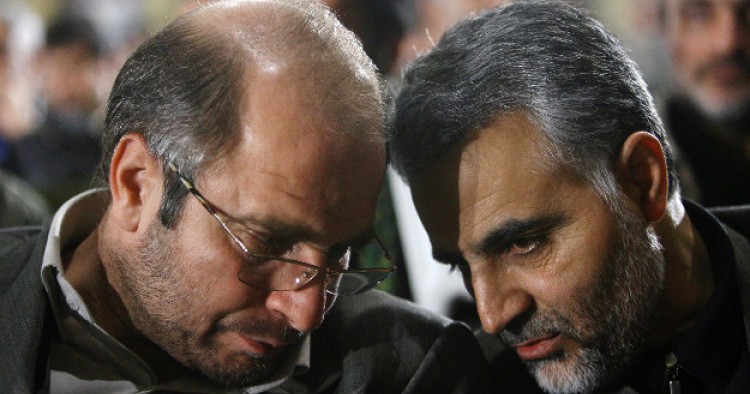 Comment: Harakat al-Nujaba is a notorious Iraqi militia group that is a powerful member of the Popular Mobilization Forces (PMF) in the country. The Shiite militant organization operates under the leadership of Iran’s Quds Force Commander Qassem Soleimani. The group’s leader Kaabi has pledged allegiance to Iran’s Supreme Leader and has publicly stated that his forces would topple the Baghdad government if ordered by Khamenei. Unlike some other PMF units that receive their political and religious guidance from Iraq's top cleric Grand Ayatollah Ali Sistani, Kaabi has repeatedly made it clear that he only follows guidance from Khamenei. His group Harakat al-Nujaba fights under Soleimani’s guidance in both Iraq and Syria. He has recently declared that his forces will leave Iraq for Syria fight alongside the I.R.G.C. forces and Syrian Army once the Islamic State is defeated in Mosul. The Nujaba group also has close operational links with the Lebanese Hezbollah in Syria.

Kaabi’s meeting with Khamenei’s representative yesterday is particularly important because it comes against the backdrop of heightening tension between Washington and Tehran over the latter’s ballistic missile activity and support for terrorism. After the 2003 ouster of Iraqi dictator Saddam Hussein, the I.R.G.C. and its secretive Quds Force used Iraqi Shiite militia groups to attack and kill American soldiers and to accelerate the withdrawal of U.S. forces from Iraq. Thus, if tension between Washington and Tehran intensifies further, the I.R.G.C may again resort to using its regional proxies such as the Nujaba group to target U.S. interests in Iraq and the broader region.