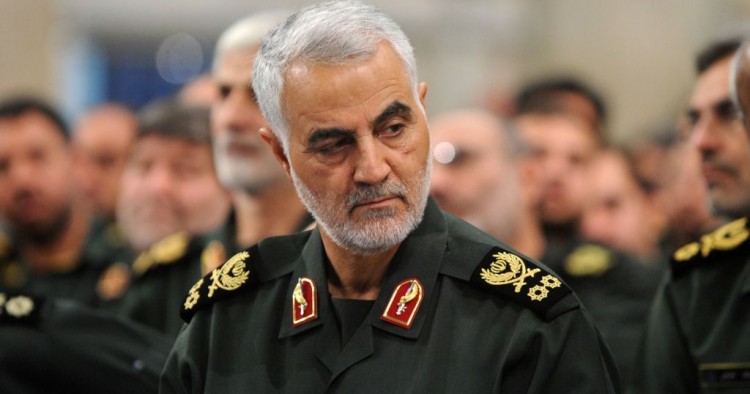 In the early hours of Jan. 3, 2020, a U.S. Military MQ-9 drone fired multiple air-to-ground missiles and killed the commander of the elite Iranian Islamic Revolutionary Guard Corps (IRGC) - Quds Force, Major General Qassem Soleimani. The targeted killing of Soleimani was carried out as he left the Baghdad International Airport under overt military authorities. Given that the strike was carried out under this authority, it was publicized globally shortly after it was completed. There were other options available to target Soleimani, however. If a covert authority was used, it wouldn’t have been publicized in the same manner, thus reducing the chances of an escalation of the conflict with Iran.

Killing Soleimani could have resulted in a war. So who was he, and what made this strike so pivotal? The Quds Force is the Iranian military unit tasked with carrying out intelligence and covert operations worldwide. As its head, many Iranians considered Soleimani a national hero, although others saw him a henchman of the regime and a key obstacle to their freedom. He was a capable practitioner of unconventional warfare and he architected and carried out successful Quds Force operations for decades. In Iraq, he considered American diplomats, intelligence officers, and military members to be enemy combatants simply because they were there and he targeted them all.

Because of this, Soleimani was considered a terrorist by the U.S., perhaps the most lethal in the Middle East. His operations killed hundreds and maimed thousands of Americans by introducing advanced explosives that penetrated American armored vehicles. As a result of this, Soleimani was a viable military target. Removing him from the battlefield was justified and long overdue, but the question is how it should have been done.

In order to appreciate the significance of killing Soleimani, a review of recent U.S. and Iranian interaction is necessary. The U.S. State Department’s “maximum pressure” campaign uses economic sanctions to try to force Iran into a new agreement to replace the 2015 Joint Comprehensive Plan of Action. The Iranian counter to this campaign has unfolded on the world stage and their responses have been until recently at least somewhat deniable given their use of proxies and special operations. They have lashed out by targeting commercial vessels, destroying part of Saudi Arabia’s key energy infrastructure, and shooting down American unmanned aircraft in international air space. Although the U.S. has many unconventional options that are less inflammatory than directly targeting the commander of the Quds Force, very few, if any, of those options were used.

“There are risks and costs to action. But they are far less than the long-range risks of comfortable inaction.”

One such example of a less inflammatory response would have been to selectively target other leaders within the Quds Force. Soleimani had many subordinates orchestrating his operations in Syria, Lebanon, Iraq, and Yemen. They, not Soleimani, were responsible for carrying out day-to-day operations, and they did not have the same standing with the Iranian people as Soleimani did. Targeting these individuals may have been more disruptive to Quds Force operations while still sending a strong message to the Iranian leadership — all without galvanizing the Iranian populace to the same extent as the strike on Soleimani did.

At the very least, targeting the subordinates would have been less escalatory. However, killing so many tactical commanders across the Middle East would have been challenging. Those regional commanders would have increased their operational security and perhaps “gone to ground” after the first strike. But targeted strikes that went up the Quds Force chain of command would have been disruptive to current operations, without eliciting such a large outcry from the Iranian populace. This bottom-up option could have concluded with the killing of Soleimani, but options between doing nothing and killing the commander of the Quds Force should have been acted on.

Regardless of the target, the authority under which the strike took place also needs to be analyzed. Due to the immediate notification and acceptance of responsibility in a public manner, it was evident that the strike was conducted under Title 10 authorities of the U.S. Code. This title provides the legal basis for the roles and missions of each of the uniformed services within the U.S. Department of Defense and how they conduct their operations. Under this specific authority, operations taken cannot be denied by the U.S. government. U.S. government officials do not have to comment, but they cannot deny that they took the action.

Conversely, Title 50 of the U.S. Code outlines the Central Intelligence Agency’s (CIA) authorities using covert action. Covert action authorities specifically allow the U.S. government to deny any participation in the operation. This is very helpful to keep adversaries uncertain of the source of the operation, and is thus a viable option to keep a low-level conflict from escalating into an all-out conventional war.

Had the strike that killed Soleimani been conducted under Title 50 authorities the U.S. could have taken this strike with any U.S. asset, and been more subtle at disrupting Quds Force operations, while also sending a veiled message to the Iranian leadership about the limitations of U.S. patience. Although it may have been difficult to claim that the U.S. did not conduct the Soleimani strike based on the circumstances surrounding his death, this approach would have provided a degree of deniability.

This deniability may have allowed the Iranians to save face and not feel compelled to respond overtly with escalating force. The Iranian foreign minister, Javad Zarif, said in interviews with ABC News and CNN on Jan. 7, 2020 that part of the reason they felt they had to respond in a significant way to Soleimani’s death was because the U.S. publicly claimed responsibility for killing one of their national heroes. Had the strike been carried out under Title 50 authorities, especially if conducted in a clandestine manner that hid the hand of the U.S., it would not have been publicized in the same manner by the international media. Thus the Iranian political leadership wouldn’t have felt compelled to respond so overtly on the global stage, risking a major escalation in the conflict.

Of all the locations

In addition to the type of authority this operation was conducted under, where it occurred is a key consideration. Of all the locations to carry out a strike against Soleimani, the access road at the Baghdad International Airport in Iraq was probably the most politically explosive. As reported in the media following his death, Soleimani was traveling through many countries in the Middle East meeting with leaders of the Quds Force and proxy forces. If the strike could have been conducted in any of these countries, for example in Syria or Yemen, the political blowback would have been much less severe compared to Iraq.

Since the beginning of the war in Iraq, the physical presence of U.S. forces in the country has been a political thorn in the side of Iraqi leaders. Leaders in its legislature, the Council of Representatives, have repeatedly threatened to expel U.S. forces from Iraq. Immediately following the strike that killed Soleimani, they successfully held a vote to do just that. It is unclear what impact that vote will have on the ground, and it is unlikely that the expulsion will actually occur, but regardless, it would not have been as big an issue for the U.S. if this attack had taken place in Yemen or Syria, or under covert action authorities.

A war in the shadows

The U.S. should use all of the legal authorities available to achieve its policy goals.  Mistakes in authority selection in the Middle East have immense consequences, especially if they lead to war. Another war in this region, this time in Iran, would arguably be more costly in terms of lives and treasure than the wars in Iraq and Afghanistan combined. In the case of killing Soleimani, while it's evident that it was necessary, it’s also evident that use of Title 50 authority would not have been as inflammatory to the Iranian population, nor as potentially disruptive to global stability.

It is also as important to further develop the clandestine nature of covert operations. To be clandestine, an operation needs to hide the hand of the government conducting it. It is one thing to be able to legally deny an operation, it is another thing entirely to conduct it in a manner that others actually believe you. Conducting covert operations that do not hide the hand of the government has limited utility and may undermine U.S. credibility within the international community. Iran has learned this lesson and in many ways they are ahead of the U.S. in carrying them such operations. If the enemy chooses a war in the shadows, the United States should meet them there and win.

Mick Mulroy is a Senior Fellow for National Security and Defense Policy at the Middle East Institute, retired Paramilitary Operations Officer in the CIA’s Special Activities Center, and former Deputy Assistant Secretary of Defense for the Middle East. Eric Oehlerich is a Senior Fellow for Technology and National Security at the Middle East Institute and retired U.S. Navy Commander (SEAL) from the Naval Special Warfare component of the USSOCOM’s Joint Special Operations Command. They are also Analysts for ABC News and Co-founders of the Lobo Institute. The views expressed in this article are their own.

Iraq’s reform program: A white paper with no action plan