Korea and the GCC: Reaching a Sustainable Economic Partnership 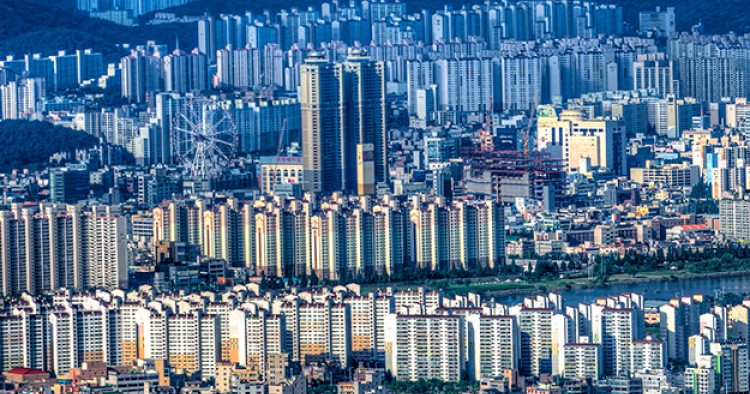 Over the past four decades, economic relations between the Republic of Korea (hereafter Korea) and the Gulf Cooperation Council (GCC) countries have been focused on two sectors.[1] Given the lack of energy resources in Korea, the GCC countries have provided oil and gas for Korean manufacturing, electricity, transport, and related activities. These countries have also provided Korea with business opportunities in the construction sector, including the building of expressways, seaports, and industrial plants.

Bilateral economic relations between Korea and the GCC played a significant role in Korea’s industrialization during the 1970s. Despite two rounds of oil shocks, Korea maintained energy supplies to its industrial plants. A GCC payment in U.S. dollars for building projects and remittances from Korean workers in the Middle East overcame the shortage of foreign currency in Korea at the time.

Thus, the effectiveness of this economic partnership relied heavily on volatile oil prices and the GCC’s construction market, rather than on more stable bases for bilateral cooperation. Although high oil prices in the early 2000s resulted in a “second oil boom”[2] in which Korean companies engaged with the GCC in a similar way to the 1970s, this pattern of economic relations has again failed to produce a long-term and stable partnership.

The aim of this essay is to suggest a new pattern of economic partnership that could contribute to sustainable economic development for both Korea and the GCC countries. The following section examines the main features that have characterized Korea-GCC economic relations since the 1970s, namely trade and the engineering, procurement, and construction (EPC) market.  The essay then suggests that Korea-GCC economic relations should be diversified into other industrial sectors, with greater involvement of small and medium-sized enterprises. The final section examines the role of government in fostering this diversification.

The GCC countries are Korea’s major trading partners in the Middle East. Exports from Korea to the GCC reached $17.8 billion in 2013, accounting for 3.2 percent of the country’s exports. Half of the exports to the GCC went to Saudi Arabia, and a third to the United Arab Emirates (UAE). Major export products include automobiles, steel products, machinery, and electronics.

Korea’s imports from the GCC were valued at $105.8 billion in 2013, making up a fifth of all imports. The reason for this wide trade imbalance is that Korea imports large amounts of oil and gas from the GCC; indeed, the GCC supplied 71.2 percent of Korea’s crude oil imports and 52.4 percent of its natural gas imports in 2013. In particular, Saudi Arabia accounted for 46.8 percent of all of Korea’s oil imports from the GCC and 33.3 percent of Korea’s total oil imports for that year. Both dependence on the GCC countries’ oil and increasing oil prices caused Korea’s trade deficit to increase from $19.5 billion in 2003 to $88 billion in 2013. For the GCC countries, Korea was the third largest importer of their exports in 2012. In other words, their reliance on the Korean energy market has also grown.[3]

Another feature of bilateral trade between Korea and the GCC is excessive dependence on inter-industry, rather than intra-industry, trade. This trade structure is understandable, as the GCC countries have developed few manufacturing sectors and Korea has no oil or gas reserves, and thus the two sides must supply each to the other. This feature, however, could hamper the further deepening of economic cooperation between the two trading partners.

Korea’s EPC projects in the Middle East started in Saudi Arabia in 1973. The cumulative value of Korean companies’ EPC contracts totaled $252.7 billion from the 1970s to 2013, accounting for 41.4 percent of all the EPC contracts undertaken by Korean companies in the world. The share of Korean EPC contracts in the GCC countries was more than 80 percent from 1975 to 1979. Though this share decreased to less than 20 percent from 1989-1999, it has increased by 60.6 percent since the mid-2000s, reaching a value of $43.3 billion in 2010. These fluctuations demonstrate the earlier point that economic relations between Korea and the GCC have varied due to volatile oil prices.

In addition, the EPC market in the region became more competitive, with active Chinese and Turkish competitors as well as local companies participating. The GCC governments also began to ask contractors for financing in order to offset their increased fiscal burden arising from excessive expenditures after the “Arab Spring.” This has caused Korean contractors to suffer from low profitability of EPC projects.

Because Korea-GCC economic activities in trade and the EPC market involve risks, including oil price fluctuation, an inter-industry trade structure, and low profitability, more efforts should be made to diversify bilateral economic cooperation. Diversification would mitigate these risks and thereby strengthen economic ties.

First, industrial cooperation between Korea and the GCC should be expanded in accordance with GCC policies for economic diversification. Given the finite nature of hydrocarbon resources, for instance, the GCC countries have implemented policies to diversify their industrial structure, with the focus being shifted from oil and gas extraction to manufacturing and high value added services including petrochemicals, information and communication technology (ICT), logistics, tourism, and (Islamic) finance. In addition, because industrial diversification requires large amounts of electricity, the GCC governments are taking measures to develop renewable energy that comes from natural resources such as sunlight, wind, and geothermal heat.

In addition, youth unemployment and political turmoil in the region have recently accelerated investments in public health care, education, and housing. Among them, the health care sector is becoming one of the major industrial cooperative projects between Korea and Saudi Arabia and between Korea and the UAE. Co-management of public hospitals and medical tourism are significant components of the projects that could deepen bilateral industrial cooperation. Further, ICT can be applied to the hospital management system, creating collaboration and synergy between the ICT and health care sectors.

Second, the role of small and medium-sized enterprises (SMEs) should be increased in this new model of economic partnership. Large Korean construction companies have been major actors in securing business opportunities in the GCC since the 1970s, while SMEs have worked for them as subcontractors. Considering the trend of industrial diversification in the GCC, sectors such as health care, education, and ICT can be further developed with the technology and experience of Korean SMEs rather than large companies. To promote bilateral cooperation, therefore, the establishment of joint ventures between Korean SMEs and GCC companies should be encouraged. Such a policy would facilitate the transfer of knowledge and technology and would allow Korean SMEs to benefit from the financial support of the GCC countries’ sovereign wealth funds and development funds.

Joint ventures can also enhance the role of the private sector by replacing state-led forms of partnership. In other words, they can be promoted in accordance with economic policies such as privatization and the inducement of foreign direct investment in the region. Joint ventures can also export their products to neighboring countries in the Middle East, Africa, and Europe, and can expand their manufacturing facilities to other regions. Thus, an economic partnership between Korean and GCC private companies could outlast the government-led partnership.

Third, the exchange of professionals should be increased to encourage the sharing of industry-specific knowledge and technology as well as to enhance mutual understanding of different cultures. Training centers in the manufacturing and service sectors can play a significant role in exchanging experts and trainees and helping youth to develop marketable skills. Such activities could be an effective way to reduce the GCC’s chronic unemployment, as the creation of decent jobs necessarily requires a skilled workforce.

The GCC countries have been involved in the growth of the Korean economy since the 1970s, providing Korean companies with energy resources and business opportunities in the EPC market. Korea-GCC economic relations, however, have been exposed to risks that may have significant adverse effects on their economic development. Hence, more efforts should be expended to diversify industrial cooperation on the basis of technology, the employment of SMEs, and the exchange of professionals and trainees.

In sum, a new economic partnership between Korea and the GCC countries should be addressed via a long-term perspective, as doing so can bring an increase in stable and sustained mutual economic benefits. In other words, Korea-GCC economic partnerships should pursue areas that tap into the future potential of both economies.

[1] The GCC—comprised of Bahrain, Kuwait, Oman, Qatar, Saudi Arabia, and the UAE—was established in 1981. However, the term will also be used in this essay for events occurring in the 1970s if these countries were involved.

[3] Despite the increasing importance of bilateral trade between the two sides, the free trade agreement negotiations between Korea and the GCC have been suspended since 2009.

[4] It is difficult to find data on the size and nature of GCC investments in Korea. Mohammed Turki al-Sudairi, “South Korea-GCC Economic Relations: An Overview,” Gulf Research Center, 2012, 11.

[5] In 2013 the amount of Korean direct investment in the GCC countries reached $311.5 million, a 1.3 percent share of all of Korea’s investment abroad.