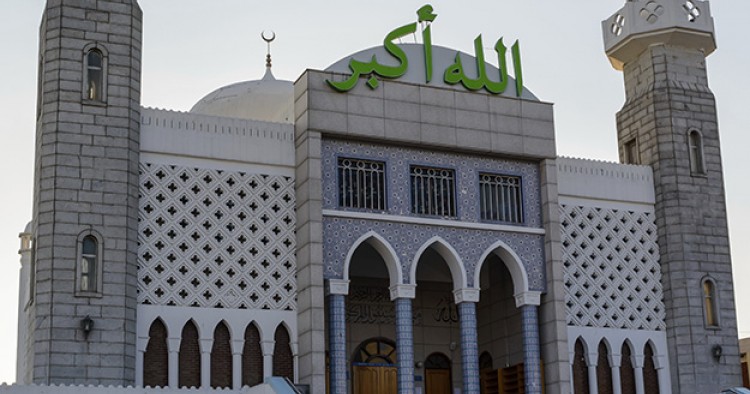 On the surface, it is difficult to identify the common ground between Korea and the Middle East in terms of religious heritage: Shamanism, Buddhism, Confucianism, and Christianity are the major religions of Korea, while Islam predominates in the Middle East. However, rapid globalization and the increased frequency of exchange between Koreans and the peoples of the Middle East are beginning to challenge common assumptions about the religious composition of each region. This essay will describe the history and current status of Islamic expansion in Korea, as well as Korean Christian missions in the Middle East.

The influx of migrant workers and students with Islamic backgrounds is slowly changing the religious composition of the Korean population. According to Jung-Gook Ahn’s estimates, there were 137,000 Muslims living in Korea in 2011. Of these,[1] 45,000 were permanent residents, including 35,000 ethnic Koreans.[2] Although Muslims account for only 0.08 percent of the total Korean population, 8.1 percent of foreigners in Korea are Muslims.

Contact between Korea and the Islamic world dates back many centuries. A Buddhist monk named Hye Cho, the first Korean to visit Islamic lands and leave behind written records, travelled to Persia and the Eastern Roman Empire between 723 and 727 C.E.[3] Scholars believe that Cheo-Yong, the first Arab Muslim to settle in Korea, arrived sometime in the ninth century. However, there is insufficient evidence to support the existence of an indigenous Muslim community in Korea prior to the Korean War (June 25, 1950-July 27, 1953),[4] when Turkish soldiers serving under United Nations command attracted some Koreans to Islam.

Turkish soldiers formed the largest foreign division after U.S. troops, and they were known as much for their bravery as for their efforts to assist war orphans and poor children. Their admirable reputation impressed some Koreans, which created opportunities for Islamic missions to Korea. By the end of 1953, Turkish commanders had decided to allow Koreans to attend Friday services, and in 1955 the Korean Muslim Federation was founded. The Federation later introduced doctrinal education and established a secondary school. The Korean Muslim community reached 1,500 members in 1960; in 1967, the Ministry of Culture and Communication formally registered the Korean Islamic Foundation.

The next decade saw an increase in exchanges between Korean Muslims and Islamic organizations in other countries. The first mosque in Korea was constructed in Seoul in May 1976. While the Korean government donated the land, a few Middle Eastern governments and private organizations paid for the mosque’s construction. From 1976 to 1979, the Korean Muslim population grew from 3,700 to 15,000.[5] Most converts were inspired by education in Islamic educational institutions abroad, intermarriage with Muslims, and business relationships.

Starting in March 1978, Korean Muslims began efforts to convert Korean workers who had been dispatched to the Middle East. These outreach projects, which were conducted through established liaison offices in countries such as Saudi Arabia, Kuwait, and Indonesia, successfully converted thousands of Korean workers to Islam. The return of these workers home prompted the establishment of new mosques in several cities. At present, there are a total of 12 mosques in Korea.[6]

Though the Korean public has generally been more suspicious of Islam since the September 11, 2001 attacks, the Korean media has recently taken to describing Islam and Muslims more positively. The origins and current practices of Islam are explained with an emic approach that is often neutral and sometimes favorable to Muslims; this perspective often differs from the stance adopted by many Middle Eastern media outlets toward Korean Christian missions in the Middle East.

The Korean Presbyterian Church began sending missionaries abroad in the early twentieth century.[7] Ki-poong Lee, one of the pastors ordained at the first presbytery in 1907, was sent to Jeju Island as a missionary, after which other missionaries were sent to neighboring countries.

In the 1950s, the Korean church began to send missionaries to more distant countries, such as Thailand and Pakistan.[8] Pakistan was not only geographically distant, but also very different from Korea in terms of religious background. These were the first Korean missionaries to travel to an Islamic country.

The Directory of Korean Missionaries and Mission Societies was first edited and published in 1979 by Marlin L. Nelson, an American missionary who studied Christian missions in Korea for 40 years. Of the 93 Korean Christian missionary units (singles and families) listed in the report, four were working in the Middle East and another 15 in Islamic countries outside the region.[9] The ratio of Korean missionaries working in the Middle East was 4.3 percent in 1979. This figure dropped to 1.7 percent in the 1986 report and increased to 3.6 percent in the 1989 edition.[10]

Korean missionaries have faced government restrictions as well as social opposition to their activities in the region. Most of them have tried to maintain a low profile, but many have been expelled from countries in accordance with laws that prohibit missionary activities. Securing visa extensions has been a concern for many of them.

One of the reasons Korean missionaries continue to go to the Middle East despite these challenges is the frontier mission movement, which emphasizes the importance of spreading the gospel message to groups who are the least familiar with Christianity. Although the movement was originally formed in the United States, many Korean mission circles have taken up its goal and believe that the gospel will move westward until the second coming of Jesus.

Official missionaries affiliated with churches and Christian organizations were not the only ones involved in missionary activities in Islamic areas. During the 1970s and 1980s, Korean construction workers in the Middle East established roughly 40 Korean diaspora churches and 150 workplace churches that catered to one million Christians per year.[14] In 1984, some of the workers who returned to Korea after their projects were completed took the initiative to form the Middle East Team, a mission agency that now has 82 members in 19 countries.

As a minority group, Muslims who live in Korea face some degree of social alienation and cultural prejudice. The general public needs to separate the image of radical, violent Islamists from that of ordinary Muslims who pursue peaceful coexistence and religious tolerance. In Korea, religious freedom is normative and protected by law, but as a relatively new religion to the country, Islam is at times misunderstood and isolated in society. Religious leaders in Korea should therefore make more efforts for interreligious dialogue and discussion in order to  overcome the phenomena of Islamophobia.

Korean Christians living in the Middle East face certain religious restrictions, the degree of which varies depending on the constitution and religious laws of each country. Korean missionaries who work in the Middle East often feel that their religious freedom and human rights are jeopardized,[15] and they question whether Shariah law is compatible with a Western democratic system that locates religion in the private domain. They believe that their missionary activities offer an alternative way of life that should be made available for people to choose.

Both the history of Islam in Korea and the history of Korean Christian missions in the Middle East are longer than most would imagine. Both religions have attracted locals through humanitarian works and other peaceful means. The two groups’ missionary endeavors must be understood in light of the innate missionary nature of both Christianity and Islam. Missionary activities are also an important part of religious freedom and tolerance that should be protected.

[1] Jung-Gook Ahn, “Hankukeui Muslim Eolmana Doena?” (How Many Muslims are in Korea?), 2011, http://www.hani.co.kr/arti/SERIES/298/478232.html. The estimate is based on a statistical report about foreigners in Korea published by the Ministry of Law.

[4] Hee Soo Lee posits that one of the first Muslims to emigrate and live in Korea was Cheo-Yong during the Silla Dynasty in the ninth century. There are different interpretations about the historical records surrounding Cheo-Yong, but Hee Soo Lee’s contention that Cheo-Yong was an Arab/Persian Muslim is supported by some historical materials.

[6] Though the governments of Korea and Saudi Arabia formed an agreement to establish an Islamic university in Korea in 1980, Saudi Arabia did not ultimately fund the project.  See Sung-Taek Lee, “Hankuk Islamdae Sullipdo …”(Korean Islamic University Frustrated…), 27 December 2012, Hankooki.com, http://news.hankooki.com/service/print/Print.php?po=news.hankooki.com/lpage/society/201212/h2012122702365021950.htm.