Korea and the Middle East: A World Apart? 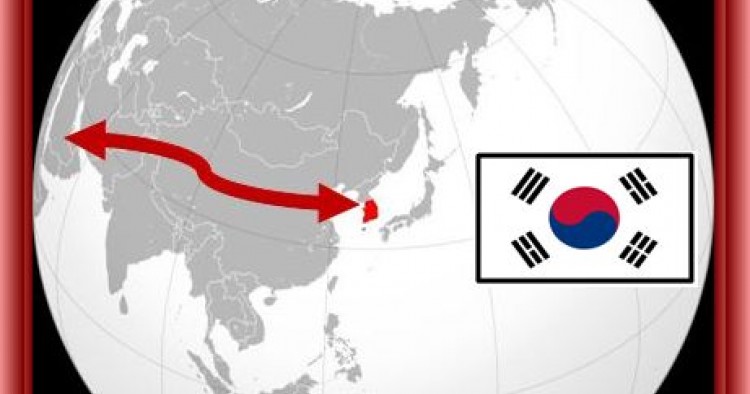 In terms of its capacity, potential and aspirations, Korea attained the status of a “middle power” more than a decade ago. Membership in the OECD’s Development Assistance Committee and G20 signifies the completion of Korea’s transition from an evolving to advanced economy. Korea has emerged as an important player in Asian and international affairs. Its presence and influence have expanded in trade, investment, overseas development assistance (ODA) and humanitarian aid, and culture.

Korea’s enhanced material capabilities and international standing are reflected in its interactions with the Middle East. At the same time, the Middle East has never been as important to Korea as it is today. In his closing remarks at the annual Korea-Middle East Cooperation Forum held in Seoul in October 2013, South Korean Foreign Minister Yun Byung-se described how his country’s relationship with the region had changed from one “of choice” to a relationship “of necessity.” It is clear why. Over 80% of Korea’s oil and 50% of its gas supplies are sourced from the Gulf. In 2012, Korea’s trade with the region climbed to more than $164 billion. In recent years, Samsung Engineering and other Korean companies have grabbed a large and growing share of the region’s infrastructure and construction projects.

Yet, the extensiveness and complexity of Korea-Middle East relations are not commonly appreciated. Indeed, the academic literature and media coverage of this subject is sparse, even in Korea. This essay series aims to shed light on Korea-Middle relations — their historical and cultural underpinnings, their energy-based and other economic aspects, and the geopolitical and other factors that have facilitated and constrained their development.

Jun 07, 2014
1,500 Years of Contact between Korea and the Middle East
Hee Soo Lee
Islamic history in Korea and Korea-Middle East relations predate the Korean War by more than a millennium. Yet, many Koreans are not aware of this long history of cultural and commercial interaction. Furthermore, there are widespread misconceptions in Korea about the Middle East and aspects of Islam.

Jun 06, 2014
Korea and the GCC: Reaching a Sustainable Economic Partnership
Kwon Hyung Lee
Over the past four decades, economic relations between the Republic of Korea (hereafter Korea) and the Gulf Cooperation Council (GCC) countries have been focused on two sectors. Given the lack of energy resources in Korea, the GCC countries have provided oil and gas for Korean manufacturing, electricity, transport, and related activities. These countries have also provided Korea with business opportunities in the construction sector, including the building of expressways, seaports, and industrial plants.

May 23, 2014
The Role of a Middle Power South Korea in Iran, Syria, and Egypt
Ji-Hyang Jang
This article examines how South Korean foreign policy deals with Iran, Syria, and Egypt, with the overarching argument that because South Korea is pushing to build its middle power presence, it should clearly articulate its position on key security issues in the Middle East. As a non-permanent member of the UN Security Council, South Korea should support international norms such as nonproliferation, humanitarian protection, and democracy. Unless the South Korean government consistently upholds these norms, it will encounter setbacks in finding international support in its dealings with North Korea.

May 19, 2014
The Rise of Korean Islam: Migration and Da‘wa
Jeeyun Kwon
In 2001, there were only 34,000 Muslims living in Korea; today there are more than 150,000. Furthermore, there are over 45,000 ethnic Korean Muslims. In contrast to Europe, where over a thousand years of political, cultural, and religious interactions have shaped social attitudes toward Islam, Korea’s Muslim population remains relatively unnoticed, comprising only 0.3 percent of the total Korean population. However, Islam in Korea is in the midst of great change. With the continuing increase in international migration over the past decade from Muslim-majority countries, the Korean Muslim community is transforming into a significant social and religious force.

Mar 28, 2014
Democratization and Building a Democratic Army: Lessons from South Korea
Jongseok Woo
Democratization in a country is not just about electing new leaders through free, fair, and competitive elections; it entails a much more comprehensive political overhaul, including deposing ruling elites from the previous autocratic regime, building workable democratic institutions with a new constitution, reaping support from pro-democracy civil society groups, and managing national security and order. Possibly the most significant factor in the success or failure of a state’s democratic transition and subsequent consolidation is establishing a firm and democratic control over the armed forces. Without depoliticizing the once-politically dominant military and making top military officials politically neutral and subordinated under democratically elected leaders, the post-democratization political process of a nation is destined to be highly unstable and most likely will derail from the route to democratic consolidation.

Mar 13, 2014
South Korea’s Immature Professionalism in the Security Sector
Insoo Kim
It is widely accepted that South Korea has successfully consolidated democracy. For example, U.S. President Barack Obama cited South Korea as an exemplary case of economic growth and democracy in his famous speech at Cairo University on June 4, 2009. Two years later, when Egypt underwent a civil uprising that brought to an end the country’s decades-old Mubarak regime, he lauded South Korea’s democracy once again, suggesting that “Egypt could transform itself into a democracy on the model of Indonesia, Chile, or South Korea.” By 2013, however, alleged election fraud in South Korea had damaged the international reputation of its mature democracy. The Democratic Party—the country’s main opposition party—publicly called the 2012 presidential election unfair because the National Intelligence Service (NIS) had manipulated public opinion prior to the election, leaving disparaging comments about opposition party candidate Moon Jae-in on popular websites.

Jan 8, 2019
Bridge to a Brighter Future? South Korea’s Economic Relations with the Gulf
John Calabrese
This article discusses the broad effort by Korean firms — supported by three successive administrations — to enhance their position in the fiercely competitive Gulf regional market at a time when the domestic economy is sputtering.

Apr 23, 2019
South Korea’s “Yemeni Refugee Problem”
Jeeyun Kwon
South Korea’s experience with the current global refugee crisis began in 2018 with the arrival of around 500 Yemeni citizens on Jeju Island using the visa-free entry system. Before even developing a clear understanding of the asylum applicants, much of the Korean public hastily leaped to fearful conclusions about the new arrivals inspired by Europe’s experience with Islamic terrorism and populist anti-refugee rhetoric found in other countries. The impact of this discourse has brought significant attention and public concern regarding Muslim refugees in Korea.  This article examines the Korean debate over accepting Yemeni refugees by detailing how the Korean public and government have responded since 2018. It traces the arrival of Yemeni refugees, how different Korean groups reacted, and concludes with a discussion of what efforts are needed to resolve the dispute.

Ha, Byoung Joo. “Political Relations between Korea and the Middle East in the Era of Globalization,” Journal of the Institute of Mediterranean Studies, 10:4 (2008): 115-139.

Jang, Ji-Hyang and Peter Lee. “The Syrian Civil War and Its Implications for Korea,” The Asan Institute for Policy Studies (September 27, 2013).

Jang, Ji-Hyang and J. James Kim. “Think Twice: A Comparative Perspective on the Political Transition in Egypt,” Policy Brief No. 56, The Asan Institute for Policy Studies (May 9, 2013).