The last emir?: AQIM’s decline in the Sahel 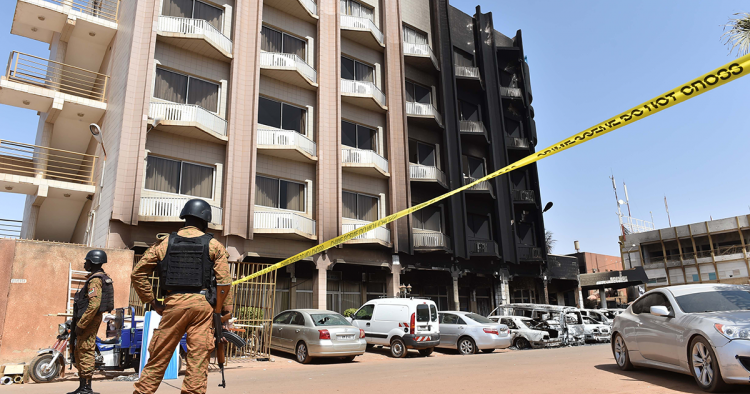 Five months after the elimination of Abdel Malek Droukdel, aka Abu Musab Abdel Wadud, the leader of al-Qaeda in the Islamic Maghreb (AQIM), by the French army in the Malian city of Talhandak, AQIM appointed a new emir on Nov. 21. His name is Yazid Mebarek, aka Abu Ubayda Yusef al-Annabi, a 51-year-old Algerian and a jihad veteran.

The appointment of another Algerian at the head of the organization is a tactical mistake for AQIM, which has been accused of neglecting sub-Saharan African members and promoting Algerian ones for years. This issue has led to infighting and even splits from the organization. The Movement for Unity and Jihad in West Africa (MUJAO), which recruited locally from different sub-Saharan ethnic groups, decided to split from AQIM in 2011 as a result of its favoritism toward Algerians.

By appointing another Algerian as its head AQIM is reducing its already weak influence throughout the Sahel, where it is challenged by better equipped and more prestigious local groups, especially Jama’at Nusra al-Islam wal-Muslimin (JNIM), a coalition of various regional al-Qaeda-linked entities, which while officially affiliated with AQIM is in practice more powerful and independent. In fact, having expanded beyond Algeria to carry out lethal attacks in Tunisia, Libya, Mali, Mauritania, and Niger, AQIM has now lost control of its original turf, and its ability to galvanize, recruit, plan, and attack has been sharply curtailed. With its influence in the Maghreb gone and that in the Sahel waning, AQIM is an organization in decline, and al-Annabi might even be its last emir. A key leader of Algeria’s Salafist Group for Preaching and Combat (GSPC) and then of AQIM, al-Annabi has himself opposed “the Sahelization” of the organization in the past, arguing that its resources must remain focused on Algeria. This put him into opposition to the policy of his predecessor Droukdel, with whom he had strained relations. The fact that al-Annabi is physically incapacitated due to past injuries is only likely to further loosen the grip of AQIM over the Sahel and whatever remains of its influence there.

AQIM announced the designation of a new emir through its official channel Al Andalus, but it is significant that it was Abu Numan al-Shanqiti, a major jihadi figure of the Sahel, who made the announcement. Al-Shanqiti is very close to JNIM, currently the most powerful al-Qaeda-linked organization in the North Africa-Sahel region. However, JNIM is supposed to be an affiliate of AQIM, and thus under its authority. The fact that al-Shanqiti made the announcement thus raises questions about the relationship between the two groups. Also, in the announcement itself, al-Shanqiti only mentioned the designation of al-Annabi briefly, after a long tribute to Droukdel, and then moved on to a lengthy description of the “exploits” of JNIM and its leader Iyad Ghali. Thus, the nomination of al-Annabi was presented in almost a casual way, undercut by the tribute to his predecessor and the recounting of Iyad’s exploits, especially the recent JNIM-Bamako deal that led to the release of nearly 200 jihadists. Furthermore, the announcement did not include a declaration of allegiance by JNIM to al-Annabi. This could suggest a realignment of the jihadi groups in the North Africa-Sahel region and indicates a clear shift in the focus for jihadism from the Maghreb to the Sahel.

While the picture is complex and it hard to say precisely what will happen, two dynamics point to the demise of AQIM: 1) the killing of a charismatic leader and the loss of the group’s cohesiveness, and 2) the undermining of popular support and the failure to transition to the next generation.

The killing of a leader with unmatchable charisma and legitimacy

The killing of Droukdel represents a turning point and is likely to end the era of AQIM’s predominance in the Maghreb and the Sahel. Droukdel served in key roles, both operationally and inspirationally, since AQIM’s inception in 2007 and his legitimacy and authority cannot be matched by a new leader.

Droukdel was a veteran of jihadism. He was the national emir of the GSPC, formed in 1998 during the bloody years of the Algerian civil war (1991-2001) as a result of a split within the Algerian Armed Islamic Group (GIA). In 1996, the GIA’s “second zone” emir, Hassan Hattab, decided to leave the group, founding the GSPC and taking his most faithful lieutenants, Mokhtar Belmokhtar, Abderrezak El Para, Djamel Okacha, and Nabil Sahraoui, among others, with him. The GSPC specifically targeted security forces to distance itself from the GIA’s extreme and indiscriminate violence and win popular support. Gaining momentum, the group made headlines in 2002 when it organized an ambush that claimed the lives of 49 Algerian paratroopers in Batna, in the country’s northeast.

However, the GSPC was dealt a severe blow in 2004 when it lost several of its key leaders: Sahraoui was shot, El Para was arrested, Belmokhtar disappeared, and Hattab was placed under house arrest. In July 2004, Droukdel took over its leadership and became the GSPC’s national emir. His strategy focused on the “Sahelization” of the group, and in 2007 it affiliated with al-Qaeda and became known as AQIM. Droukdel expanded the group’s scope of action from its bastions in northern Algeria to the Sahel and ramped up its suicide attacks. Under his command, lethal attacks were carried out, including two simultaneous suicide attacks in Algeria on April 11, 2007 that led to the death of 20 people and injured 222 others, and an attack on the Hotel Splendid and the Cappuccino restaurant in Ouagadougou, Burkina Faso on Jan. 16, 2016 that killed 30 people and injured 70 others. To finance the organization, Droukdel engaged in the lucrative business of ransom kidnapping, earning an estimated $75 million between 2010 and 2014 and making AQIM wealthier than ever.

With his organizational centrality, charisma, and prestige, Droukdel was the glue that bound together the various independent cells and self-sufficient clusters that make up AQIM. Without his leadership, these groups are likely to split apart and turn to other, more prestigious and capable organizations. It took AQIM five months to appoint a new leader — more than enough time to demoralize the group’s followers and make them begin to doubt the organization itself.

The failure to transition to another generation

AQIM was unable to transmit its dream of the Dawla Islamiyya (“Islamic State”) to a new generation of Algerians, leading to its demise in the North African country. In addition to losing key leaders and assets, the group could not recruit new militants. This was in part due to the high level of security in the country, but more importantly it was because its ideology no longer attracted Algerians due to the mass trauma of the “black decade,” Algeria’s public discourse, and the state’s tight control of the religious sphere and policies toward it. Unable to pass on its dreams of establishing an Algerian caliphate, the group focused its operations on Tunisia, Libya, and Sahelian countries instead. However, even in the Sahel AQIM no longer has the capacity to recruit that it used to.

In addition to a bankrupt ideology, the group’s high degree of decentralization has hampered the prospects for a significant generational transition. With AQIM unable to provide many of its cells with even minimal material support, they have become more independent and had to support themselves by engaging in criminal activities. This has provided evidence trails for local authorities to follow, further undermining the group’s longevity.

Outside of affiliated cells, AQIM’s popular support has declined. In Algeria, it lost its last bastion in the Kabylia region after its members there broke a modus vivendi with the local population by committing violence and carrying out abductions. In the Sahel, the group is likely to similarly lose support because of its violence against local populations, many of which started to organize self-defense groups to protect themselves against jihadists. For the organization to remain sustainable, it must retain the active support of the population — to hide members, raise money, and provide young recruits.

Moreover, even passive support among these populations, which in many cases have declined to cooperate with the security forces, is also dwindling. Populations in the Sahel are tired of living their daily lives facing the threat of either AQIM and other armed groups or counterterrorism laws and local and foreign security forces, like France’s Barkhane operation, that might target their families with arrests, sanctions, and raids. For the time being, the weakness of the Sahelian state in delivering even a basic level of support and resources to the population leaves a power vacuum that JNIM is attempting to fill to the detriment of AQIM.

AQIM established a necessary modus vivendi with local populations in the Sahel for a decade, but this may now be coming to an end as locals grow weary of the group’s ideas and objectives, as well as their victimization at the hands of jihadist groups. As was the case with their Algerian counterparts, for the people of the Sahel the lure of ideology seems to be no longer what it once was. AQIM is making last-ditch efforts to maintain these relationships by trying to find other opportunities to remain relevant. This is clear in its attempts to capitalize on current concerns among these populations, such as the anti-fracking movement in the south of Algeria. AQIM aligned with the movement and launched a rocket attack on an Algerian gas plant in Kherichba in 2016.

Given all of the civilians that have been killed, increasing revulsion among AQIM constituencies is a real threat to the group and must be taken into consideration as well. With little to no community support and fewer recruits, AQIM will have a hard time ensuring its survival in the face of counterterrorism measures, and stiff competition from other jihadist groups will continue to be a challenge as well.

The very choice of al-Annabi, a veteran of the 1990s over the age of 50, reflects the problem of recruitment and renewal and follows a major blow to the organization’s leadership with the elimination in Jijel, Algeria of two of its leading figures — Leslous Madani, aka Sheikh Assem Abu Hayane, head of AQIM’s Sharia Council, and Herida Abdelmadjid, aka Abu Moussa el-Hassan, head of its propaganda operation, both of whom joined jihadi groups in 1995.

No end in sight

This does not mean that AQIM or its violent activities will simply end, however. On the contrary, the group is likely to try to avenge its leader’s death and therefore ramp up its attacks, especially against French targets. Droukdel’s replacement, al-Annabi, has long called for terrorist attacks against France — dating as far back as 2013 — demonstrating that he is willing to pursue that route. Nevertheless, in the long term, the death of Droukdel, an influential figure and ideological guide, is likely to weaken an organization that has already lost focus and purpose in the region. AQIM will continue to carry out sporadic local attacks, but these are unlikely to have significant lethality. The era when AQIM put together meticulously planned attacks resulting in mass causalities in the Sahel is over.

Dr. Dalia Ghanem is a resident scholar at the Carnegie Middle East Center in Beirut, where her work examines political and extremist violence, radicalization, Islamism, and jihadism with an emphasis on Algeria.

Dr. Djallil Lounnas is an Assistant Professor of International Studies at Al Akhawayn University in Morocco. His research is focused on jihadist groups in North Africa and the Sahel. The opinions expressed in this piece are their own.

Morocco’s New Challenges as a Gatekeeper of the World’s Food Supply: The Geopolitics, Economics, and Sustainability of OCP’s Global Fertilizer Exports