Learning from Deaths in Disasters: The Case of Odisha, India 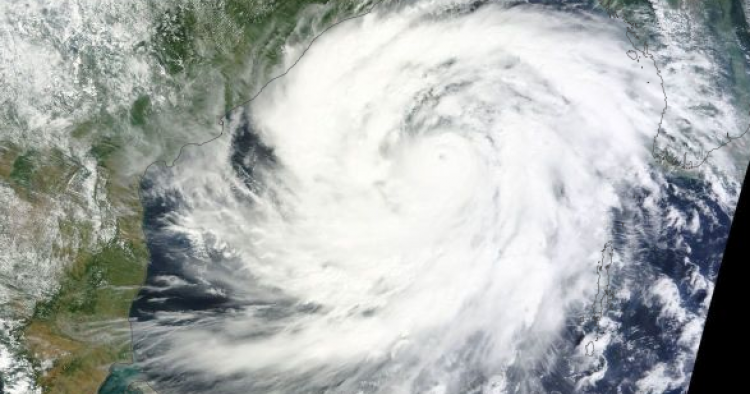 Odisha (renamed from Orissa in 2011) is one of the eastern states in the Indian union. According to the 2011 census the population of Odisha was at about 41 million, which makes it the 11th most populated state in India.[1] Odisha has 30 districts,[2] of which 13 are coastal. The coastal districts are highly prone to cyclones, floods, droughts, and heat waves due to geographic location. Its coastline adjoins the Bay of Bengal for 300 miles, which makes it four to five times more likely to experience storms than it would if it were located in the Arabian Sea. Tropical cyclones from the Bay of Bengal bring severe and widespread destruction, especially when accompanied by storm surges, high winds, and extreme rainfall that results in riverine flooding.[3]

On October 29-30, 1999, Odisha was hit by a cyclone affecting all coastal districts. The Indian Meteorological Department called it a ‘super cyclone’ due to its high wind velocity of 170-185 miles per hour; its unprecedented storm surge, which was 16-23 feet high; and the torrential rainfall over 48 hours, which caused devastating floods in the major river basins. The intensity of the cyclone killed more than 10,000 people,[4] caused severe economic devastation, and activated the Orissa Relief Code (the then sole disaster policy document for the state). It also put Odisha in the spotlight internationally because the super cyclone coincided with the tail end of the United Nations International Decade for Natural Disaster Reduction (I.D.N.D.R.).[5]

Fourteen years after the super cyclone, on October 12, 2013, Odisha was hit by Cyclone Phailin, which was accompanied by a storm surge of 5 feet and heavy rainfall that caused extensive floods in the major river basins. According to the National Institute of Disaster Management, 45 people were reported killed (44 in Odisha and 1 in Andhra Pradesh).[6] This begs the question as to what the Government of Odisha did that contributed to the relatively low death toll. We have provided some answers in this article based on three months of fieldwork and seven interviews with senior officials.

Compared to the super cyclone of 1999, Phailin was less intense in three aspects. The wind velocity of the super cyclone reached 185 miles per hour, compared to 160 miles per hour in Phailin.[7] Second, the storm surge reached 11 feet in the coastal regions, according to United Nations Environment Programme, compared to 20 feet during the super cyclone.[8] Third, a 24-hour precipitation total of 6.5 inches was recorded on October 13, 2013, whereas a 24-hour precipitation total of about 20.5 inches was recorded at the weather station of Paradip on October 30, 1999.[9] Although the anatomy of these two tropical cyclones differed, they are comparable on two grounds: first, they tested the disaster management systems of Odisha to their limits. Second, they presented a window of opportunity to assess the strengths and limitations of the disaster management system built by the government and nongovernment organizations, at the interface with technology between 1999 and 2013.

Why Were There More Than 10,000 Deaths in the Super Cyclone?

According to the director of the Indian Meteorological Department in Odisha, coordination of core information failed because:

Prior to 1999 there was no coordination between the government departments. The technology was underdeveloped. We had to rely on New Delhi and Kolkata for weather forecasts over telephone. There was delay in receiving weather warnings.[11]

According to Harriman,[12] the Indian Meteorological Department was able to generate early warnings for the super cyclone only two days prior, compared to four days prior in the case of Phailin. The delay in generating core information affected the decision making processes of local responders. Decision making is a crucial component of coordination in uncertain situations. Leadership is also a critical component of decision-making.[13] Critics blamed the then chief minister of the state, Mr. Giridhar Gamang, for his weak leadership. He was unable to rise to the situation as a leader of the state, to generate an objective of saving lives for his government and his bureaucrats. The consequence of this was unnecessary human deaths.

In addition, the communication systems—both in terms of generating and disseminating an effective early warning—were underdeveloped. The failure of the coordination system was described as “lack of [a] plan and planning” by the district emergency officer of Ganjam, and “no coordination” whatsoever by the director of the Indian Meteorological Department.[14] This lack of coordination was hindered further because “there was no authority to monitor relief and rescue” operations from Bhubaneswar[15] according to the district emergency officer of Ganjam. Lack of coordination was also acknowledged as a major failure during the super cyclone, by the deputy relief commissioner of the Special Relief Organisation.[16]

The coordination suffered further, due to a culture of complacency, which was rife in 1999—both at home and abroad. It was only in the midterm evaluation of the I.D.N.D.R. in 1994 in Yokohama, Japan that the international community began to grasp the deleterious effect of disasters on the developing world.[17] Proactive disaster management, even at the international level, was in its early stages.

During the super cyclone, this unpreparedness manifested through a reactive response system, inadequate measures for evacuation, and a lack of imagination among the district-level responders. A culture of complacency was also rife among the at-risk population, which did not heed the early warnings due to a fatalistic mind-set, which hindered evacuation.[18] The evacuation process was further hindered by a lack of shelters. In 1999 there were only 75 cyclone shelters on the entire coastline.[19] These shelters, which were built by the Red Cross Society, saved thousands of lives. The culture of complacency was fueled further by a “lack of experiencing” a devastating cyclone prior to 1999.[20] So, neither the responding actors nor the at-risk population imagined that a hazard of low-probability but of such great impact could affect Odisha coastal areas. Together, these factors contributed to a disaster management system that was disjointed, ill-prepared, and as a consequence, was unable to save lives during the super cyclone.

How Were Deaths Prevented in Cyclone Phailin?

Jagatsinghpur's district emergency officer described the period between 1999 and 2013 as an “inter-disaster period.” During this period, the Government of Odisha developed a new disaster management system which had two notable features.[21] First, there was increased interaction between the national and state governments, Indian Meteorological Department, nongovernmental organizations, and the at-risk communities. Second, this new disaster management system interfaced with technology. In doing so, the government was able to rectify the issues of coordination failure, communication failure, and the conservative world views evident in 1999 super cyclone.

In the aftermath of the super cyclone, the capacity of the Indian Meteorological Department was enhanced by space technology, the Meteo France International synergy system and a high-power computing system in order to help with predictions.[22] Furthermore, in 2007 the Government of India passed the first Disaster Management Act, which among other things, created a knowledge network that included the Indian Meteorological Department, Earth System Science Observation, the Indianan Space Research Organisation, Central Water Commission, Geological Survey of India, and National Remote Sensing Centre.[23] This network was crucial in generating core information during Phailin, which was effectively communicated to the at-risk population.[24] Information and communication tools such as media, mobile text messaging, hotlines and VSat—to name just a few—were fully exploited to disseminate the core information to the at-risk population.

The generation of accurate core information prior to Phailin’s landfall was instrumental in developing an effective response system. It helped guide primary responders’ actions. As a result, responders were able to evacuate 1.2 million people from 18 districts.[25] This evacuation is considered as one of the largest emergency operations ever undertaken in India.[26] An operation of this scale was only possible because of the coordination between actors, the availability of core information, effective evacuation planning, flexibility in the standard operating procedures, and responders' dedication and commitment to save lives.

Leadership is central to promoting an effective response system as well as counteracting complacent world views. Mr. Naveen Patnaik, the chief minister of Odisha, provided much-needed leadership in the aftermath of the super cyclone. From 2000 onwards, he commemorated October 29 as Disaster Preparedness Day for Odisha. This created a culture of disaster preparedness. He also concentrated much of his effort in building the state's infrastructure—one that is essential to supporting a disaster response system. Thanks to funds made available by the World Bank and the central government, Patnaik was able to build roads, bridges, concrete houses, and multipurpose cyclone shelters.[27] Good road conditions as well as their connectivity with cyclone shelters facilitated the evacuation process during Phailin.[28]

During Cyclone Phailin, Patnaik also exhibited the traits of a strategic leader by declared "saving precious lives" to be “a goal”[29] for all actors involved in mitigating the effect of the storm. This goal was communicated to the district and village level responders. This led to a dramatic reduction in deaths.

What Can We Learn From the Case of Odisha?

Several lessons can be generalized from the case of Odisha. Three in particular are mentioned here. First, deaths in disasters can be reduced even by poor nation-states when the disaster management system is aligned skillfully. Here, the generation of accurate core information as well as effective coordination and communication of this information with the relevant actors to develop an effective response system is crucial. In this light, the modern disaster management system is conceived as a system that works in interface with humans and technology. As such, policy makers and U.N. bodies should invest both in technology and capacity development in order to promote effective coordination and communication. This system should also work closely with early warning systems rather than in isolation.

Second, the case of Odisha illustrates the increasing role and involvement of political leadership before, during, and after a disaster. When there is proactive political leadership, a disaster response system can be aligned with the goal of saving lives. Political leadership can promote a culture of disaster preparedness, too. In the case of Phailin, the chief minister set as a goal “saving lives at any cost.”[30] Accordingly, all actors and responders organized themselves to achieve this target. In this light, the United Nations and other international funding organizations could do a great deal by encouraging political leadership to implement ‘priorities for action’ for effective disaster management.

Third, reducing deaths in disasters is of paramount importance, and indicates how robust the system is. This ethos is now reflected in the first global target of the United Nations’s Sendai Framework for Action (2015-2030),[31] which urges reducing “global disaster mortality by 2030.” The case of Odisha suggests that setting an objective of reducing deaths and promoting a socio-technical disaster management system—and a culture of disaster preparedness—are vital ingredients for achieving the first global target of the Sendai Framework.

[5] The U.N. General Assembly, in December 1987, declared the 1990s as the International Decade for Natural Disaster Reduction.

[15] Bhubaneswar is the capital of Odisha.

[21] Government of Odisha, Procedures/guidelines for maintenance of records relating to the relief operations on account of natural calamities (No. 768/SR), (Bhubaneswar: Office of the Special Relief Commissioner, 2012), accessed June 2, 2015, http://www.odisha.gov.in/disaster/src/Procedure_Guidelines/Maintenance_NC.pdf.

[24] Interview with the Director of Indian Meteorology Department in Bhubaneswar, July 21-22, 2014.