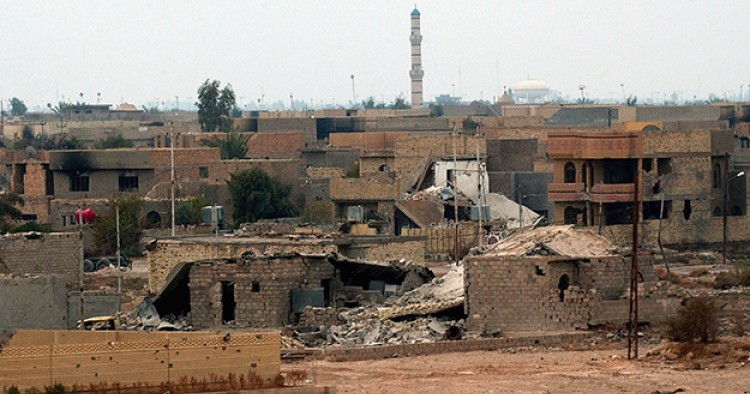 The Special Inspector General for Iraq Reconstruction (SIGIR) recently published a final report on U.S. efforts in Iraq from 2003-2012. It provides an impressive level of detail on the thousands of projects and over $60 billion spent over those years. Until recently, when it was surpassed by the ongoing effort in Afghanistan, the U.S. project in Iraq was the single largest reconstruction effort in American history.

The largest takeaway from the report is a fairly dismal litany of failures and work left undone. It details a U.S.-built healthcare center that currently stands unused because Iraqi staff members were not trained to operate the equipment, for example, as well as numerous stories of blatant fraud and corruption. We also find the statement that oversight itself was an oversight, and that the contracting processes through which spending was vetted and accounted for were fundamentally flawed.

As such, the report is more concerned with chronicling funding failures than with focusing on what would constitute better policy in situations of conflict and instability in the (sadly inevitable) next case. This is quite understandable in the sense that the purpose of an auditor is to root out, document, and provide direction for preventing future financial fraud, waste, and mismanagement rather than to make recommendations on the policy and strategy of future interventions.

Yet SIGIR was big enough and powerful enough that it vacuumed up a great deal of incredibly valuable information along the way. This material can be mined in order to ask—and answer—the logical question: “What needs to be done to make sure the next time doesn't fail?" Thus the report contains ample material, particularly within the interviews conducted with U.S. and Iraqi officials, to make policy recommendations. Examining the report with this task in mind can aid in putting forth concrete suggestions to be considered for future conflicts.

A main thread among the Iraqi respondents in the interviews helps to pinpoint the largest lesson to be taken from the report. These respondents repeatedly mentioned that they saw the effort largely as a failure because the Americans did not interact with or consult the Iraqis as much as they should have. Such interaction, in their view, would have built a stronger relationship and given Iraqis the opportunity to tell the Americans how to target efforts better, how to align those efforts with Iraqi needs and desires, and how to root out poor choices in local contractors. On the American side, the respondents also saw the effort largely as a failure, but because of internal, American problems. They pointed to the lack of communication and coordination between civilian and military entities and to the poor execution of strategic planning and oversight mechanisms; the interaction and relationship with the host country did not come across as salient.

Senator John McCain, for example, noted that his primary lesson was “the need for a complete overhaul of the U.S. approach to stabilization and reconstruction operations,” and USAID administrator Dr. Rajiv Shah spoke about the failure of coordination between U.S. civilian and military entities rather than U.S. coordination with Iraqi counterparts. In contrast, Prime Minister Nouri al-Maliki’s principal statement was that failures stemmed from “poor American knowledge about what Iraq needed.” While there is some overlap between these two broad narratives, it is vital to recognize that Iraq and the United States have very different ideas about the core errors of the American occupation of Iraq.

This lack of productive communication on the part of the Americans is also illustrated in the format of the report itself. For instance, those interviewed occupied high level positions. On the Iraq side, interviewees were at the level of national government. The American interviewees were similarly placed as ambassadors, generals, and mission directors. While the sentiments expressed in the interviews correlate with experiences of this author while implementing non-governmental development programs in Anbar Province in 2007-2008 and again in 2010, and with thoughts expressed by civil society leaders during those tours, if the United States is to gain a clearer picture of what went right and wrong, future investigations should call on individuals from lower levels of society. This is particularly true in a country such as Iraq, which often displays startlingly large divides between national and local narratives. Of course, talking to Iraq’s district level leaders and civil society organizers during such a mission would make even more sense than adding them to the roster of interviewees post-occupation.

For example, procuring perceptions from district level Iraqi sources on what exactly needed rebuilding and how to go about it would have been particularly beneficial. Because the SIGIR report, like many reports and publications on the subject of assistance, fails to specifically define reconstruction funding, the term includes everything from equipping security forces to rebuilding electrical infrastructure to creating civil society programs. This conflation was also true on the ground, and as a result local knowledge was needed to muddle through the specificities.

Perhaps the most apt example of this problem was the much-maligned Fallujah water treatment plant—a massive construction project designed to serve far more people than actually lived within its intended range and with no infrastructure to carry it out. It was poorly constructed due to the United States hiring contractors that Iraqi interviewees stated should have been avoided, and it was ultimately left unfinished. The plant has become synonymous in the minds of Iraqis with avoidable blunders. Instead of its intended effect, it served to convince the population that America was simply not paying attention.

Through SIGIR report material, we thus see that the United States needs to alter its policy such that the design of reconstruction efforts is driven not by U.S. commanders but through better consultation with local leadership and civil society. As such, the design and execution of programming and strategy in reconstruction must be driven by the host country, not by the intervening government—at the very least, far more deeply than was allowed in this case. To paraphrase the Iraqi interviewees, “if intervention is your intervention as opposed to our intervention, it will fail.” Particularly within divided societies such as that of Iraq, those involved in the efforts must include civil society leaders and local officials as well as national leaders.