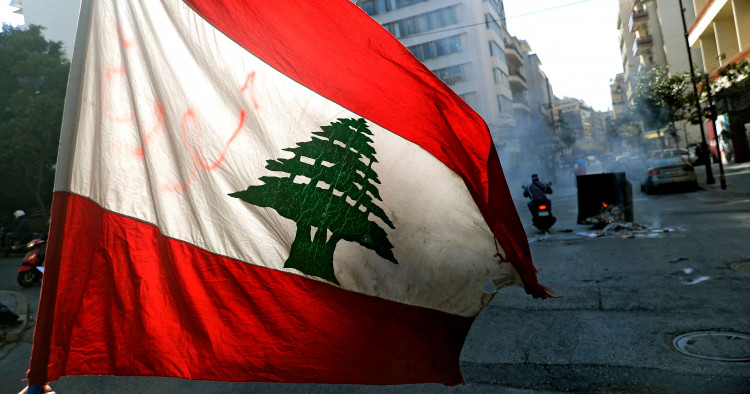 In two months, Lebanon is scheduled to hold parliamentary elections in the midst of a continuing economic meltdown and total failure of governance. The outcome of the vote is likely to be disappointing for anyone expecting to elect new leaders capable of reforming Lebanon.

Since the end of the 15-year civil war in 1990, Lebanon’s political elites have been unable and unwilling to protect the population against one man-made catastrophe after another that have devastated the country’s economy and social fabric. France’s foreign minister has compared Lebanon to the Titanic.

The May 15 parliamentary elections can bring change only if the brazen shenanigans of Lebanon’s corrupt political elites are exposed for all voters to see and cast their ballots accordingly. For this to happen, the country’s Central Bank must be compelled to open its records for a forensic audit.

In August 2020, Beirut’s port was rocked by a massive explosion striking an already fragile state overwhelmed by one of the worst sovereign debt crises on record at $92 billion. Since then, Lebanon has marked another low with a June 2021 World Bank report ranking the country’s economic meltdown among the world’s top three most severe crises since the mid-19th century.

Bankrupt, the Lebanese state is on the verge of implosion. The smallest spark could provoke another civil war and create a haven for violent extremists. An outflow of refugees will follow.

The country’s corrupt political leaders, preoccupied with their own survival and the protection of their privileges, have failed altogether to act. Following the port explosion, Lebanon was without a Council of Ministers for 13 months. Even after a new prime minister assumed office in September 2021, the government remained paralyzed as political leaders continued to bicker instead of agreeing to the reforms demanded by the international community so that much-needed assistance could be channeled to the country. Fearing popular discontent, some political forces are now maneuvering to postpone the polling date.

While a few privileged Lebanese cynically continue to flaunt their ill-gotten wealth with conspicuous consumption, data highlight the depth of the crisis. The Lebanese currency has collapsed from 1,507 pounds to the U.S. dollar in 2019 to over 30,000 pounds in December 2021, a loss of 93% of its value, causing hyper-inflation and severe shortages of essential goods. The country’s GDP plummeted from $55 billion in 2018 to $20.5 billion in 2021.

As a result, pharmacies can no longer import essential medicines, over three-quarters of the population is below the national poverty level, 77% of households do not have enough food, and 30% of children skip meals and go to bed hungry. Adding insult to injury, essential services from power generation to the supply of water and the removal of garbage have ceased to function altogether.

In October 2019, Lebanon’s Central Bank instructed private banks — many linked to members of the political elites — to limit drastically the ability of Lebanese to access their savings. The head of the Central Bank, Riad Salameh, feared a total collapse of the banking system propped up by a Ponzi scheme he orchestrated, costing a staggering loss of $69 billion.

In December 2020, the United Nations, the World Bank, the International Monetary Fund, and the European Union pledged substantial assistance to Lebanon for recovery and reconstruction on condition of meaningful governance and economic reforms to improve transparency, inclusion, and accountability. To date, Lebanese state institutions have failed to enact a single measure to qualify for the assistance and halt the collapse. In response, Western donors have withheld most of the promised assistance, instead channeling $1.15 billion in humanitarian aid through non-governmental organizations, 40% of which is from the U.S. and 26% from the EU.

The international community is supporting the new prime minister, Najib Mikati, picked from the same political class that has failed the country to date. It is also urging the parliamentary elections to be held on schedule, which — with the corrupt practices of incumbent politicians — is likely to return to office mostly those who are responsible for the state failure in the first place.

Given that neither threats from abroad nor sustained popular mobilization at home have succeeded in forcing deeply entrenched politicians to shoulder responsibility, extraordinary measures are in order. The Lebanese who have taken to the streets since 2019 understand this only too well. They have consistently demanded accountability, the resignation of the entire political class, the end of sectarian politics, and a government of technocrats to bring the country back from the abyss. Under the circumstances, only outside intervention can shift the balance of power between those who benefit from the status quo and those who seek change.

The Central Bank of Lebanon must be compelled to open its records to expose those among the country’s elites who, between mid-2019 and the end of 2020, siphoned to banks abroad an estimated $20-30 billion when ordinary Lebanese had very limited access to their modest savings. Such a disclosure before the May 15 elections could persuade a good majority of Lebanese voters, already angry with their political leaders, to choose alternative candidates to represent them in the new parliament.

The forensic audit can be compelled under the provisions of anti-money laundering, anti-corruption, and anti-terrorism international agreements. The Lebanese banking system includes a mechanism to investigate such cases, entrusted to its internal Special Investigation Commission, alas chaired by Riad Salameh, the head of the Central Bank, who is under investigation for financial crimes in Lebanon, France, Switzerland, and two other European countries.

Easing the country’s banking secrecy laws alone is not sufficient for an audit of the Central Bank records. Salameh is likely to continue stalling any such move. However, the audit and publication of the resulting report can be compelled through the U.N. Security Council, already preoccupied with the country’s multiple crises. This would be justified under the Security Council’s mandate to prevent the emergence of another failed state in an already unstable region.

Ultimately, the disclosure of the names and illicit transactions of Lebanese politicians and their allies who transferred abroad $20-30 billion could open the door to electing to the parliament a critical number of new representatives. They could be the catalysts to start the long-delayed reforms demanded by the international community. Possibly, the reforms could even help return to the state coffers some of the fruits of the political elites’ corrupt practices.

More fundamentally, however, Lebanon’s sectarian political system is the main culprit, having created the environment in which corruption flourishes. The system allocates each of the country’s 18 minorities a fixed quota of representation in the parliament, government, and civil service, thus promoting political patronage and corruption. Short of abandoning the sectarian system, other fixes will have limited impact, but would be a good start nonetheless.

Following the parliamentary elections, Lebanese civil society mobilized since October 2019 must focus on an inclusive national assembly with the aim of addressing the underlying constitutional and related failings of the country, including the sectarian system. The international community could assist such an effort through incentives and, when necessary, coercive measures.

Hrair Balian is a Lebanese American and former Director of Conflict Resolution at the Carter Center (2008-21). The views expressed in this piece are his own.