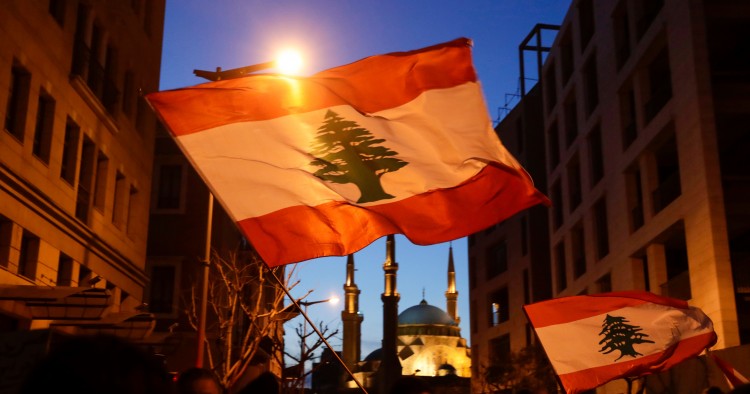 The Arab uprisings of the past decade have produced some of the most glorious and memorable phrases.

From al-shaab yurid isqat al-nizam (“the people want to topple the regime”) and irhal! (“leave!”) to thawra! (“revolution!”) and silmiya, silmiya (“peaceful, peaceful”), Arabs from various parts of the region and all walks of life have joined together in chant expressing their desire for justice, dignity, and opportunity.

Though revolutionary slogans by definition are imbued with idealism, one seemed to stand out from the rest for its boldness and rejection of compromise. Killon yaani killon (“all of them means all of them”) was heard across Lebanon in 2019 when thousands of Lebanese took to the streets demanding the removal of not just a political leader or a government but the entire political class for its systematic corruption and direct role in leading the country to financial ruin and humanitarian catastrophe.

Though this wasn’t the first time the Lebanese fought for their rights — they did it in spectacular fashion on March 14, 2005 when they called for the ousting of Syrian troops from the country and again in 2015 when they erupted against the Lebanese government for failing to find a solution to an endemic garbage collection crisis — the 2019 demonstrations certainly were the most audacious and ambitious to date.

Killon yaani killon is an incredibly heavy lift. Probably an impossible one too. It’s no surprise that today, Lebanon’s oligarchs are in the same place they were two years ago, jockeying for position and trying to cut deals at the expense of the Lebanese people while still failing to form a new cabinet. The fact that no Lebanese politician was held accountable for the enormous and deadly Beirut port explosion in August 2020 shows how far the Lebanese protesters are from fulfilling their hopes and dreams.

The protesters can’t be faulted for demanding overarching change. They correctly diagnosed the problem: Lebanon’s political formula — which apportions power on the basis of religion, promotes patronage, undermines civil rights, and makes a mockery of the public good — is a fundamental obstacle to societal development. And it constantly breeds political instability and deadlock.

But the big question remains how the Lebanese can hit the reset button. How can they overhaul a system that still enjoys the support of a large swath of Lebanese society and has so many powerful political backers both at home and abroad?

With Lokman Slim’s assassination, Hezbollah consolidates its power over Lebanon