Let's Make Good Use of this Crisis 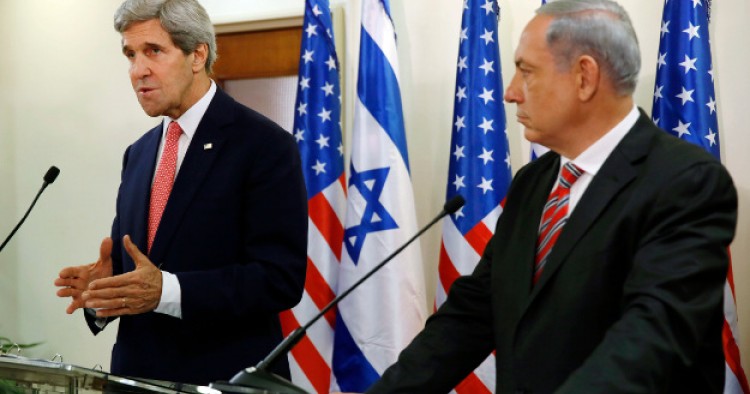 This article was first published on the Huffington Post.

The phrase "No good crisis should be wasted" is by now a cliché, but it is very much applicable to the current situation, following the Iran nuclear agreement signed in Vienna on July 14. The agreement constitutes a potentially game-changing development, not unlike the 1993 Israeli-Palestinian Declaration of Principles. That process ultimately failed because its supporters underestimated the ability of its opponents - both Palestinian and Israeli - to derail the movement toward a comprehensive settlement. In this case, although the opponents are quite different (an unholy alliance of Israeli hardliners, Iranian Shi'a nationalists, Saudi Arabia, and the Republican Party), the main battle will be decided in Congress--assuring that President Obama has sufficient support to sustain his veto of the probable rejection of the deal.

The Iran deal is a compromise, as is any deal, by definition. Most importantly, through a combination of incentives and safeguards, the agreement provides the best mechanism to prevent an Iranian bomb today and well into the future. The fact that opponents of the deal are unable to articulate a better alternative - other than unrealistically claiming that Iran, a sovereign nation that has existed for 2500 years, can be humiliated into essentially renouncing its sovereignty - is a proof that this deal is necessary. It is a triumph of diplomacy over fear.

But the opportunities created by this large-scale diplomatic crisis go much beyond the Iran agreement itself. The deal reached in Vienna should be used as a stepping-stone to reengage the region in a focused effort to comprehensively tackle the Israeli-Palestinian conflict. Careful and complex diplomacy will be required.

First, Israel's genuine fears, even if exaggerated, have to be recognized. Prime Minister Netanyahu's rejection of the agreement is shared by many Israelis, including the overly cautious Labor opposition. Former Iranian President Ahmadinajad and other Iranian spokesmen succeeded all too well in convincing Israelis that the Iranian regime constitutes an existential threat, and current President Rouhani's moderation has not yet dispelled that fear. If the Iran deal is to serve as a model for the potentialities of diplomacy, President Obama must make it abundantly clear that the US has Israel's back and will continue to prevent Iran from ever getting a nuclear weapon. The quick imposition of 'snap-back' sanctions if the deal is violated by Iran, is an important element of that reassurance.

Second, the US and the international community should initiate in the next few months a new, regionally based approach to the Israeli-Palestinian conflict. Security Council Resolution 242 (1967) and the Arab Peace Initiative (2002) should form the basis for negotiating a truly comprehensive Israeli-Palestinian peace agreement. Such a deal could result in an agreement reflecting the wide international consensus on the conditions for a fair resolution of this conflict: the establishment of a demilitarized contiguous Palestinian state based on the June 4, 1967 lines with agreed-upon land swaps with Israel; Jerusalem as the capital of the two states (along the lines of the Clinton Parameters); and, highly important, full diplomatic relations between Israel and all Arab states. The already emerging cooperation between Israel and the Sunni Arab states, based on important mutual interests, will constitute the strongest possible basis for such a deal, and already demonstrates that the traditional Israeli fear of being overwhelmed by an Arab coalition is no longer relevant. While it is to be hoped that Israel and the PLO would come to a consensual agreement, the P5+1 coalition, which worked well in negotiating the Iran deal, will probably need to take an active role in moving forward on solving this long, bloody conflict.

We fully recognize that settlement of this most complicated of international conflicts, one in which both Israeli and Palestinian rights are internationally recognized and endorsed, will not end all the problems of the violence-torn Middle East. However, it could help in reducing the anti-western Muslim hostility that fuels the jihadist movement. A fair Israeli-Palestinian peace will enable the US and most of the Sunni Arab world, along with Iran, to focus on ISIS as the principal enemy.

There is in place today a strong international consensus on the shape of an Israeli-Palestinian peace, a coalition of major powers that has demonstrated its ability to maneuver through diplomatic minefields and retain its cohesion, an emerging Israel-Sunni coalition with shared interests, and a real possibility of advancing a new and regional approach to the Israeli-Palestinian conflict.

The deal between Iran and the "World" demonstrates the possibilities--never the certainties--of improving complicated international situations through negotiations based on mutual respect. The experience accumulated through these negotiations should be used creatively and energetically for reengaging in an effort to solve the Israeli-Palestinian conflict. Let's not waste this crisis.