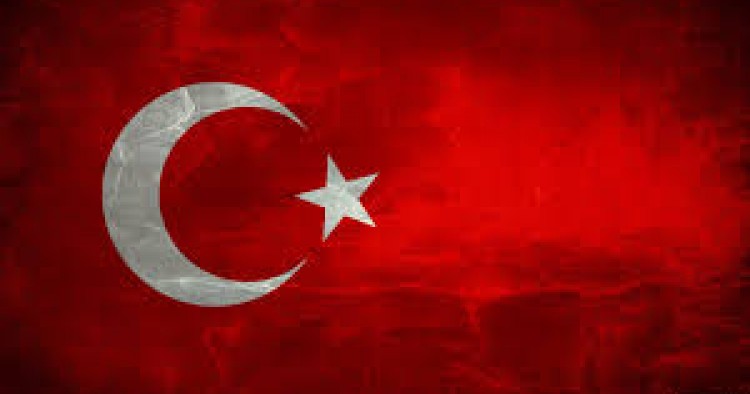 The MAP Series on Turkey and Asia

Turkey lies at the crossroads of Europe and Asia. Fueled by a dynamic economy, Turkey has emerged in recent years as an important geopolitical actor not just within the surrounding region but in the global arena as well. Turkey's foreign and economic policy horizons today extend to the Far East. These essays explore the development of cultural, political, and economic links between Turkey and Asia.

September 30, 2013
Turkey’s Changing Foreign Policy Stance: Getting Closer to Asia?
Selçuk Esenbel & Altay Atlı
Turkey’s foreign policy under the current Justice and Development Party (AKP) government continues to attract widespread attention by scholars and policy circles alike. Over the past decade, the way Turkey has formulated and implemented its policies toward the rest of the world has transformed from a traditionally status quo-ist and reactive stance that emphasizes maintaining close relations with the West to a more assertive, multidimensional, and proactive approach with a broader geographical scope. While the process of accession to the European Union (EU) remains the main axis of its foreign policy, Turkey is now showing greater interest in regions hitherto neglected, including Asia, and this interest is materializing in the form of greater dialogue between countries, expanding economic and commercial relations, and frequent exchanges between peoples.

October 4, 2013
Sino-Turkish Relations: An Overview
Giray Fidan
Since the West’s economic crisis in 2008, Turkey has been less keen to join the EU, and many Turks have begun to discuss the advantages of being closer to Asia, including China, the pivotal Asian force. China has been Turkey’s third-largest trading partner for ten years now, and this standing even excludes energy imports such as oil and natural gas. While both sides are intent on deepening relations in all aspects, some obstacles must be overcome in the near future, such as the trade deficit between the two countries, which leaves Turkey indebted to the powerhouse that is China to the tune of more than $20 billion annually.

October 9, 2013
Turkey: An Increasing Interest for Chinese Academia
Guo Changgang
In recent years, Sino-Turkish relations have grown increasingly close. Sino-Turkish trade, for instance, saw a sharp rise from $4.87 billion in 2005 to $19 billion in 2012, a rise of 292.09 percent. In 2005, 44,077 Chinese citizens traveled to Turkey, and this number rose to 114,582 in 2012—a 159.96 percent increase. 2013 has seen such an overwhelming number of visits and travels to Turkey from China that the Chinese government has adopted some restrictive measures, such as limiting the number of delegations from various levels of government and universities that can make the trip.

October 15, 2013
Turkey and the Shanghai Cooperation Organization: Few Shared Values and No Common Destiny
Cagdas Ungor
Almost every written piece on Turkey’s relations with Asia begins with a reference to the ancient Silk Road. When Turkish statesmen address Chinese audiences, they often use this metaphor to point out the “millennia-old cultural exchanges and neighborly relations” between the two countries. Inside Turkey, however, few can make sense of this anachronistic notion of shared identity. Asked about ancient Sino-Turkish ties, many will only recall how the Chinese built the “Great Wall” against the nomadic tribes of Central Asia—considered to be the forefathers of modern Turks.

October 18, 2013
The Shanghai Cooperation Organization: A New Alternative for Turkish Foreign Policy?
Emre Erşen
In June 2012, Turkey was accepted as a “dialogue partner” at the Beijing Summit of the Shanghai Cooperation Organization (SCO). Although this decision did not completely satisfy the Turkish government, which apparently preferred the status of an observer, it still had a profound meaning, as Turkey is the first NATO member state to enjoy such a privileged institutional relationship with the SCO. This new relationship has become even more significant in light of Turkish Prime Minister Recep Tayyip Erdoğan’s declaration in a televised interview in January 2013 that membership in the SCO could become an alternative to Turkey’s stalled EU accession process. More recently, the brutal suppression of the Taksim Gezi Park demonstrations by Turkish security forces heightened concerns about the future of democracy in Turkey, giving rise to more frequent comparisons between the Turkish regime and the authoritarian political systems of the SCO member states.

October 25, 2013
An Alternative Partner to the West? Turkey’s Growing Relations with China
Zan Tao
The relationship between Turkey and China has rarely been a point of focus for international observers in the early twenty-first century. However, the landscape has recently undergone a dramatic change, with increasing numbers of symposiums, forums, panels, articles, columns, think tanks, and researchers focusing on Sino-Turkish relations in China or in Turkey. The change is mostly due to the impressive rise of both Turkey and China as powers on the regional and global level, respectively. Today, Turkey is the sixteenth largest economy and China the second largest. At the same time, they are more ardently looking at and listening to each other.

November 4, 2013
Turkey and Indonesia: Historical Roots, Contemporary Business Links
Altay Atlı
Though sympathy between Turkey and Indonesia has a long tradition, in part based on their shared experience as Muslim-majority countries that successfully executed anti-imperialist struggles, for years this sympathy failed to translate into a closer relationship. This is now changing. New economic linkages and the relative absence of thorny political issues are bringing them closer together. As President Abdullah Gül stated at a meeting in Jakarta in 2011, “A new era is beginning with Indonesia.” Economic agents such as businessmen and entrepreneurs are the pioneers of this era.

November 5, 2013
Turkey-Singapore Relations: A Manifestation of Turkey’s Growing Interest in SE Asia
Erdoğan Albay
The content and scope of Turkish foreign policy has dramatically altered since the Justice and Development Party (AKP) came to power in 2002. The Asia-Pacific region, which was previously a low priority in Turkey’s foreign policy calculations, is gaining increased space within Turkey’s general strategy and long-term planning, and is seen as vital to the growth of its small to medium sized firms, upon which the wealth of Turkey’s growing middle class is based.

November 7, 2013
Comparative Middle Power Diplomacies: Turkey and Japan
Kohei Imai
Middle power is an opaque term that involves multiple concepts. Through different conceptualizations of the term, Turkey and Japan are both middle powers. Indeed, widely read textbooks about Turkish foreign policy published around 2000 regard Turkey as a middle power. In the Japanese context, several scholars, including Yonosuke Nagai, Yoshikazu Sakamoto, Nobuya Banba, and Mitsuru Yamamoto, have evaluated the foreign policy of their own country as middle power diplomacy since the late 1970s. Recently, Yoshihide Soeya comprehensively summed up Japanese middle power diplomacy after the 1970s.

November 13, 2013
Turkish Cultural Diplomacy in the Philippines
Henelito A. Sevilla, Jr.
The Philippines and Turkey have not fully capitalized on their human resources and strategic assets in order to expand commercial ties and boost cultural exchanges. However, thanks largely to the efforts of a critical mass of Turkish nationals who have formed the backbone of a “constituency” for advancing Philippine-Turkey relations, the tide may be turning. Three recent developments indicate that the groundwork is being laid to pursue a more robust bilateral relationship: 1) the opening of Turkish-owned schools operating both in Manila and in Zamboanga City (southern Philippines); 2) the creation of the Pacific Dialogue Foundation in the Philippines; and 3) the establishment of the Turkish Chamber of Commerce in the Philippines.

November 19, 2013
Malaysia-Turkey Relations in History and Today
Asmady Idris and Ömer Kurtbağ
Malaysia and Turkey lie nearly 5,000 miles and seven time zones apart. They have different historical experiences and state structures. The role that religion plays in their public life also differs markedly. Yet Malaysia and Turkey have more in common than is widely acknowledged. Both are newly industrialized, middle-income, predominantly Muslim countries and mid-sized powers in their respective regions. Both are also expected to assume a greater regional and global role in the coming years.

November 25, 2013
Turkey-Pakistan Security Relations since the 1950s
Selçuk Colakoğlu
The initial impulse for Pakistan and Turkey to pursue security cooperation stemmed from their common opposition to Communism in the 1950s. Over the past decade, Pakistan and Turkey have once again sought to cooperate in the security sphere, this time in countering terrorism and ensuring stability in Afghanistan.

March 20, 2018
Turkey-China Relations: From “Strategic Cooperation” to “Strategic Partnership”?
Selçuk Colakoğlu
The blossoming of Turkey’s relations with China has occurred against the backdrop of Turkey’s apparent strategic estrangement from the West. But have Turkey and China succeeded in developing the full-blown “strategic partnership” envisaged in their 2010 joint communiqué? Relatedly, is Turkey on the verge of shedding its strategic links with the West in favor of consolidating them with China? This article aims to shed light on these two questions.

January 29, 2019
China’s Belt and Road Initiative and Turkey’s Middle Corridor: A Question of Compatibility
Selçuk Colakoğlu
Turkey’s “Middle Corridor” (MC) and China’s “Belt Road initiative” (BRI) are two grand schemes that envisage trans-continental integration. These two ambitious initiatives have been developed independently of one another. However, are they compatible?

October 15, 2019
Turkey’s Asia Anew Initiative: Assessment and Shortcomings
Selçuk Colakoğlu
On August 5, 2019 Turkey’s Foreign Ministry launched the Asia Anew initiative, whose declared aim is to give greater weight to cooperation with Asian countries in four substantive areas. This article shows that, although few details have emerged regarding how Ankara intends to implement this initiative, there is nonetheless sufficient reason to question whether it is viable or sustainable.

July 11, 2020
Turkey and India: “Natural Allies”?
Selçuk Colakoğlu
Both Turkey and India are middle-income secular democracies with deep historical connections, leading one senior Turkish lawmaker recently to refer to the two countries as “natural allies.” However, there has long been an impediment to developing more fruitful ties with India: Turkey’s pro-Pakistan orientation. The origins of this friction point date to the early 1950s, namely the inception of the Cold War and the early stages of the Indo-Pakistan conflict. This stumbling block has yet to be overcome. In fact, the “Pakistan factor,” specifically the Kashmir conflict, has lately resurfaced as a source of Turkey-India contention.

April 5, 2021
Turkey's Engagement with Southeast Asia
Selçuk Colakoğlu
Turkey initiated a strategy to engage Southeast Asian nations in the early 2000s that resulted in the opening of new embassies and branches of numerous state-sponsored institutions across the region. With the launching of the Asia Anew Initiative in late 2019, Ankara has redoubled efforts to forge closer ties with the ten members of the Association of Southeast Asian Nations (ASEAN) and with ASEAN itself.