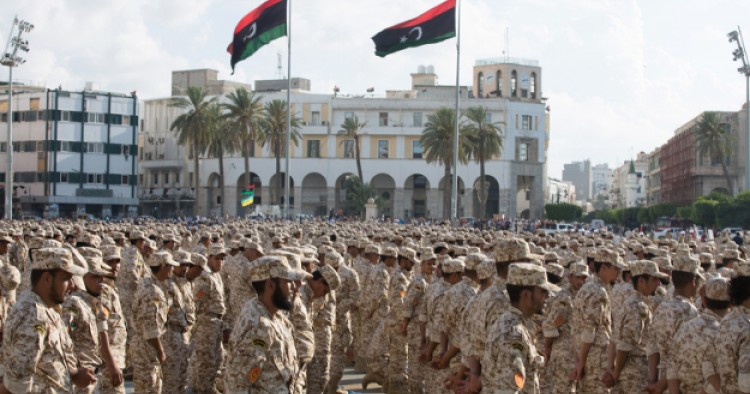 The international community is getting ready to put major assets behind Libyan efforts to restore their country’s official unity under a Government of National Accord (GNA). During recent weeks, statements from the United Nations, major European governments and the United States suggest that planning and coordination are underway to shore up the unity government.  Key Arab governments are also showing awareness that their own national security is under threat due to the prolonged stalemate in Libyan politics. Many Arab states fear the Libyan crisis has provided an opportunity for the Islamic State, also known as ISIS, and other home-grown terrorist groups to setup shop in the collapsed state.

Serious Libyan leaders are finally biting the bullet of compromise and acknowledging that a single government for the country is more important for their vital interests than their individual control of fragments of a failed government. However, the Tobruk-based legislature failed to ratify GNA cabinet appointments in its initial vote, which may be more of a negotiating ploy than a defining rejection of the new unity government. Libyans must form a government that can claim both international legitimacy and a modicum of control of facilities essential for government institutions and economic survival. Otherwise, they will lose everything as individual leaders compete to advance their narrow interests.

In some respects, the task might appear easier than it was for Libyans who rose up against the well-entrenched regime of Muammar el-Qaddafi. They do not face heavily armed hostile military forces, nor do they suffer from the near total lack of political institutions resulting from over four decades of rule by an autocrat who had either coerced or co-opted most of the population into accepting his idiosyncratic leadership. Even if Libyans do not trust one another, they know that the educated Libyan elite can produce leaders for the institutions of a modern state without surrendering to another autocrat.

On the other hand, Libya has now learned that Qaddafi, his family and the rest of his tight circle were not the only hindrances to Libyan unity and political development. Unlike Arab countries such as Iraq, Syria, and Yemen, Libya was not riven by deep ethnic or sectarian divisions. Indeed, the Libyans embraced free elections and leadership changes that were mostly peaceful for the first post-Qaddafi years.

Libyans had to learn that there is no easy road to democracy. An impressive but mostly theoretical road map, followed by free elections and formation of new cabinets did not lead to hardy political institutions, rule of law or effective governance. Political rivals have yet to show they recognize the need for partnerships that will overcome differences of ideology and ambition within an orderly framework. Libyans who succeed at politics must learn the additional lesson that legitimacy in a new democracy is not just a product of following constitutional procedures and winning elections. They must go on to govern humanely and effectively. This means providing the Libyan people with basic services that will show the fruits of democracy. Any Libyan government that fails to do this is likely to face popular demands to step down. Partnerships with quality international companies, along with cooperation with friendly governments, will make success in governance more likely.

If Libyans need to form internal partnerships, the international community has learned that it needs to partner with Libya. Initial Libyan claims that they could govern the vast country with limited outside involvement in building security institutions contributed to over optimism. That Libyans could form cabinets and ministries covered up the fact that they were not actually moving beyond the theoretical goals of governance. For example, the new Libyan government was unable to disarm militias and absorb their members into institutions which, under Qaddafi, had existed for limited purposes of protecting regime security, rather than national security.

European governments in particular are now painfully aware of the threats that Libya’s ungoverned spaces and coastlines pose to the security of Europe. Terrorism, unrestrained migration and criminal trafficking were not just blackmail by Qaddafi—they have become real threats.  The international community should avoid the shortsighted fix of embracing a strong Libyan leader who will invite foreign forces to treat Libya as a free fire zone against international terrorism. The answer is to make long-term commitments to building strong Libyan institutions and rule of law, which can lead to a Libyan state that will be a sustainable partner for regional security and prosperity.

Libyans continue to resist inviting any foreign ground combat forces into Libyan territory. Despite some beliefs to the contrary, Libyan authorities did not do so during the dark days of 2011 and are nearly as suspicious of European forces as they would be of Egyptians or Algerians. On the other hand, a GNA will probably invite foreign governments to send military personnel or authorize private contractors to provide training for Libyan security units. At the very least, they will ask that Libyan units receive training outside of Libya. This will lead to difficult negotiations on the terms for such training. Success in such ventures will require a greater willingness by Libya to accept foreign security partners and considerable flexibility by foreign governments in making it possible.

Other Obstacles to Progress

Libya has the resources to transform into a rich country. But Libyan leaders can no longer dictate terms to foreign governments and respectable international companies, based on a misguided belief that they will compete to partner with Libya. Time is not on Libya’s side, and bureaucratic delay will be costly. Current low oil prices decrease incentive, and Libya’s once comfortable financial reserves are dwindling fast. International firms of the highest quality are still prepared to consider the Libyan market, but they are asking tough questions about both security and Libya’s readiness to adopt international norms of commercial behavior.

Terrorists and criminal enterprises are entrenched in Libya. Their suppression will require determination and persistence over a lengthy period and a unity that Libyans have still not demonstrated. For the international community, including the United States, this work will demand great seriousness of purpose and cooperation. At a time when crises in Iraq, Syria, and elsewhere around the globe are at a high boil, E.U. governments and the United States need to focus relatively modest inputs on efforts to prevent Libyan-based threats from escalating. Neglecting Libya will be costly.

Overcoming international rivalries must be a priority for Libya’s potential partners. In particular, regional governments must resist the temptation of treating Libya as a low cost arena for political influence. Libya’s traditional trading partners, including the United States, must not seek commercial advantage at the expense of Libya’s stability and progress. Likewise, Russia must not use its leverage in the United Nations to impede the return of Libyan oil and gas to E.U. markets. All have a shared interest in seeing Libya stable and secure, and achieving that requires full cooperation on the domestic and international levels.