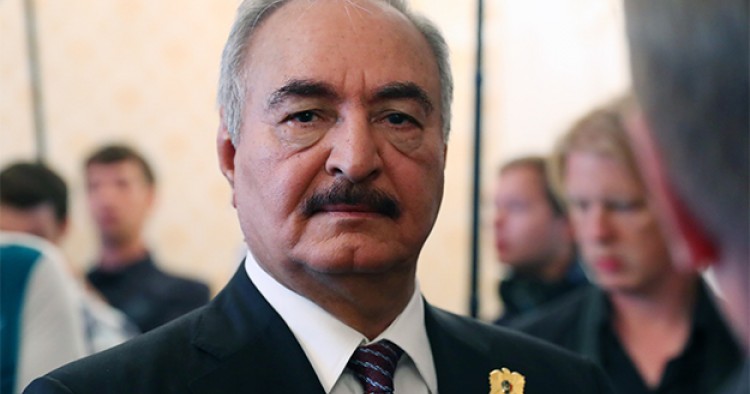 The issue for Libya is not whether 75-year-old Gen. Khalifa Hifter returns to normal health following the medical crisis that led to his hospitalization in Paris. No matter what happens to Hifter, the country must find ways to build an inclusive government in which integrated security forces at the national level are under the command of civilian, elected leaders.

After the 42 years in which Libyans had no meaningful political freedoms under Moammar Gadhafi, it is no accident that the country is still fragmented, nor that Hifter was unable to bring the country together under his personal rule.

It was not for want of trying. When I was serving as U.S. special envoy for Libya, I met with Hifter in Jordan and the United Arab Emirates for lengthy sessions in the latter half of 2016 in which he made clear that he viewed all of Libya’s politicians to be worthless. He said that the only way to stabilize Libya was for him to conquer enough of it by force that the remainder would accept his authority. He would then dissolve the country’s legislature and government, appoint military governors in the country’s cities and civilians to handle education and health care, and rule by decree until the country was ready for democracy at some unidentified point in the future. Then, he would happily retire to his barracks.

To secure the country, he would make sure that the Muslim Brotherhood, Islamists, extremists, terrorists, and their associates—which he labeled “beards,” with a hand gesture down his chin to demonstrate—were in exile, in prison or “in the graveyards.” He then added, for emphasis, that of the three options, the graveyards would be best.

We told Hifter flat out the U.S. was united with Libya against terrorism, but would oppose efforts by anyone to conquer Libya by force, including him. We urged him to accept a compromise in which he would join a military council to integrate Libyan military forces and vet in additional soldiers from the militias, thereby providing for the country’s long-term unity and stability. We told him that like other Libyan leaders he should run for office and get elected as president or prime minister if that was what the majority of the Libyan people wanted. We urged him therefore to accept the authority of Prime Minister Fayez Serraj on an interim basis, and help the country complete the process of adopting a constitution and scheduling elections.

In response, he let us know after the 2016 U.S. presidential elections that he intended to take over the entire country without anyone else’s help by the end of 2016.

In reality, this did not, of course, happen. Libya is tough terrain for any would-be conqueror. Misratan and other western Libyan forces suffered painful losses over months of battle to clear Sirte of ISIS. It took some two and a half years of fighting for Hifter’s Libyan National Army to force terrorists and extremist militias out of Benghazi. In both cases, the successful anti-terrorist campaigns required foreign military help. Hifter’s similar efforts in the eastern city of Derna have yet to drive out the Islamist militias known as the Shura Council of Mujahideen who have controlled it since they kicked out ISIS in 2015. Forces related to Hifter moved earlier this year towards the southwestern city of Sebha, with even less conclusive results.

Even within eastern Libya, leadership of Hifter’s LNA has been fracturing. United by common enemies, this umbrella group has been riven as other leaders chafe under Hifter’s control. The truth is, with or without Hifter, no single group or alliance in Libya is strong enough on its own to secure and govern the country. Any group trying to do so would invite broadened fighting that would both destabilize the country and again open it up to ISIS, al-Qaeda and terrorism.

By contrast, a negotiated settlement along the road map outlined by U.N. special representative for Libya Ghassan Salame continues to provide the opportunity for Libyans to amend the Libyan Political Agreement for the short term, adopt a constitution (or not), and then hold national and local elections. The new head of the State Council in Tripoli and the head of the House of Representatives in Tobruk are talking seriously about possible reforms to the Skhirat Agreement, enhancing Libyan security, and economic matters, including new appointments. So too are different military figures from various parts of the country. Such talks reflect Libya’s renewed chance to move ahead with compromises in order to enable progress toward more sustainable governance.

Libya is now pumping about 1 million barrels of oil per day and the price of oil is more than $70 per barrel, which if maintained would amount to some $25 billion per year. Inclusive political agreements would pave the way for further economic and security progress, enabling the building of inclusive national institutions to share revenue and deliver services at the local level.

Hopefully, Hifter’s situation will serve as a reminder to Libya’s power brokers and politicians that time waits for no man, let alone a nation.