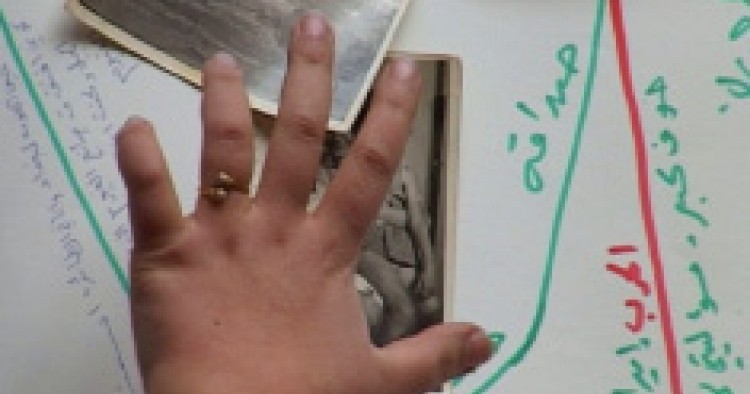 I have always dreamed of working in the media field, even though it is a difficult career for Syrian women, especially those from the countryside. Fortunately, I grew up in Damascus, the capital city, and a city where people of diverse religious backgrounds have always managed to coexist. Opportunities offered for women in the cities, however, are still conditioned by their social class, education, and sometimes even their religious background.

I am from a large family of many writers, actors, and other artists. Therefore, it was perhaps no accident that I found myself drawn to the field of media. Nevertheless, I felt that my interest was reinforced by a certain sense of mission — a mission to help my countrymen and develop our social lives. I’ve always seen media as a strong platform to voice my opinions and critique, but it took me a long while to find the right channel to fulfill my mission. At the age of 18, I began my career, working for nearly six years in a theater with many famous Syrian directors. I then studied Fine Arts at the University of Damascus, specializing in graphic design. My first job was in TV with many notable Syrian directors, before moving to the private art production sector working as Creative Producer for commercials.

However, during those years, I still felt that I could do more to help society. I thought of radio as an effective medium. With a small group of like-minded Syrians, I lobbied the Syrian government until, in 2005, it finally permitted the establishment of private radio channels. I was granted a license to set up the first private radio station in Syria — Arabesque radio station. The station began with a small team of young people. We broadcasted live for the first time on July 1, 2006. Our target audience is young people. We communicate with them in their own colloquial language, addressing their everyday problems and using humor at times, even in our commercials.

Arabesque is now one of the most popular stations in Syria, addressing topics that only a few years ago had been regarded as taboo, such as homosexuality, lack of communication between married couples, sex education in Syrian schools, developing the Syrian educational system, and women’s progress in the labor market. We even launched a campaign calling for a smoking ban in all public places.

Environmental and health problems have also been discussed on Arabesque, including the problems of pollution, water rationing, and smoking. Issues affecting our society have also been picked up and debated with our audiences in and outside Syria; these include domestic violence, child abuse, and street children. During the past year, we adopted several environmental causes. One of the station’s campaigns was to expose the risks to drivers’ safety posed by not wearing seatbelts, chatting on mobile phones, and smoking while driving. To communicate the message effectively, our reporters stopped drivers in the street and awarded those who followed the traffic regulations. We have reached out to all humanitarian associations and non-governmental organizations (NGOs) in Syria in order to extend their work and communicate their goals to our audiences. The station also covers all cultural activities in Syria without receiving any financial remuneration from Syrian cultural institutions.

Debates about these topics are in fact very popular in Syria, as shown in the huge number of audience comments submitted by SMS, email, and phone. The number of Arabesque listeners has reached 700,000 people per month through live streaming on our website, www.arabesque.fm.

Arabesque has developed into a major media outlet in Syria, and has made itself known in Europe as well, after taking part in collaborative projects with European media outlets such as Deutsche Welle in Germany, DRP3 radio in Copenhagen, and Radio Monte Carlo in Paris. Together with these European stations, we’ve developed new live shows that target young men and women. This was a very important step because it allowed young people in both regions to take a deeper look into what’s happening on the other side of the world, and to discuss how they live, work, and spend their free time. I understand the need to address this growing “youth market”. That is why I also write regularly for the Syrian youth magazine, Shabablek. At Arabesque, we also work on joint intercultural activities with all foreign institutes in Syria out of our deep conviction that culture — including cinema, performing arts, visual arts, and journalism — plays a major role in better profiling Syria abroad.

I am delighted that more women than men apply for jobs at Arabesque and show great interest in working in the media field. I believe women are more apt to succeed in the journalism field because their social skills are usually more sophisticated than men and hence they can easily reach audiences’ hearts and minds.

Securing a job as a journalist, however, could even be the easiest part in a woman’s journey. The most difficult part is to know how to balance her relations with her male colleagues and how to cope with social pressures from her family and friends. Some women find it difficult to convince their husbands to let them work as journalists, and many men oppose the idea for no logical reason. Nevertheless, I believe that there is hope for every hard-working individual, man or woman.