With Lokman Slim’s assassination, Hezbollah consolidates its power over Lebanon 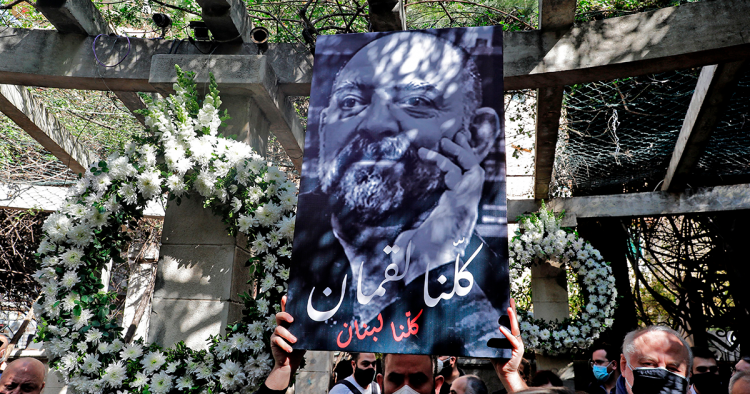 The cold-blooded assassination of Hezbollah critic and Lebanese activist Lokman Slim on Feb. 4 is yet another manifestation of Iran’s growing boldness in the country. Hoping it can once again get away with murder, Iran is mobilizing its repressive proxy in Lebanon and across the region. The question of Hezbollah’s future is key for regional stability and for the U.S. and its partners. As the U.S. prepares to renegotiate a nuclear deal with Iran, curbing the country’s regional ambitions — including its provision of military and political assistance to Hezbollah — needs to be an integral part of any new deal.

The list of assassinations attributed to Hezbollah in Lebanon is a long one, including that of former Prime Minister Rafik Hariri, as well as other prominent activists, journalists, and politicians, such as Gibran Tueni, Samir Kassir, and Mohammed Chatah. But this brazen assassination seals the fate of Lebanon as a satrapy of Iran. By silencing Slim — certainly not the last of such acts — Hezbollah is also signaling its intent to curb all attempts to denounce its grip on Lebanon and the underlying system of corrupt alliances within the country that underpins its hegemony. A “perfect” crime does not entitle Hezbollah to plausible deniability, because Hezbollah has the means and power to cover its tracks.

Slim’s murder comes at a time when Lebanon’s political situation is paralyzed, the economy is in shambles, and the pandemic rages on with the country under severe lockdown. Many Lebanese are still reeling from the after-effects of a traumatic explosion in August 2020 that disfigured large parts of the capital, killed nearly 200 people, injured more than 6,000, displaced hundreds of thousands, and has, to date, gone unpunished.

Lokman Slim was more than just a critic and activist. A publisher, filmmaker, and intellectual, he documented Lebanon’s fraught history of conflict, preserving the memory of those who disappeared during the war and hoping to lay a foundation for an independent and inclusive future. To him, there would be no transformation from within without consensus on memory and memorializing — and the targets of his astute criticism were bullies and despots. He not only sought to thwart Iran and Syria’s cultural and political hegemony in Lebanon, but also to shame the country’s corrupt ruling class that enabled and profited from the presence of these authoritarian regimes. Slim was Lebanon’s conscience, enabling a version and vision of a country that could have been. And despite a life of threats and intimidation, he was unstoppable and fearless.

Slim’s murder is a chilling double message sent by Iran — through its proxy in Lebanon — to the United States and Lebanese citizens. To the U.S. it conveys that Hezbollah can do as it pleases, when and where it wants. And to the Lebanese people it is a message that Iran will not tolerate serious dissent, especially from within the Lebanese Shi’a community. Hezbollah’s position in Lebanon has rested on several pillars, including the cultivation and control of its Shi’a base. It claims to provide them with security, social goods, and welfare; a political voice; and a sense of empowerment. Though pro-Hezbollah Shi’a sentiment and support for the party began to erode with its involvement in Syria, it would take a long time for dissent and dissatisfaction to shake Hezbollah’s grip on the community. With its ideological, strategic, financial, and military support from Iran, Hezbollah has succeeded in dominating politics and becoming the overlord of the state in Lebanon, as well as a formidable regional force.

The Iranians are testing the waters as they always do. Lebanon is a best-case scenario for them because their proxy is strongest and in control, and because this is where the U.S. seems to have the least interest. But the formula they use in Lebanon — wrestling their way to power — can also be replicated in Iraq, Syria, Yemen, and the Gulf, where the stakes for U.S. interests are higher. It will be up to the new U.S. administration to respond to the test in a way that sends a clear message in return. The administration has signaled its intentions to return to the negotiating table with Tehran. If so, it is imperative that the question of Iranian meddling in the internal politics of its neighbors also lands on the agenda. If not, there is no hope for the next courageous Lokman Slim.

Patricia Karam is the regional director for the Middle East and North Africa at the International Republican Institute. The views expressed in this piece are her own.