The many faces of Fairuz in Iran 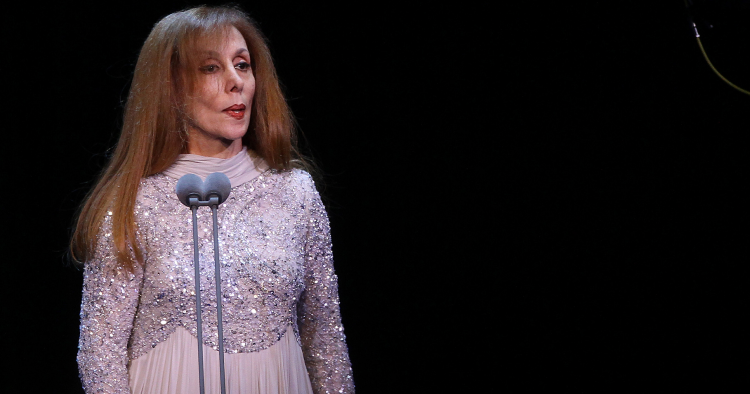 The French president, Emmanuel Macron, began his second visit to Lebanon since the Aug. 4 Beirut explosion by meeting the legendary Lebanese singer, Fairuz, a figure who to this day and at the age of 85 is still considered the symbol of unity for the country. Her symbolic importance, however, extends far beyond Lebanon, including to Iran.

Love for Fairuz has proven that Iranians, despite their intense political differences, can have a common interest. After the deadly explosion in Beirut — which killed more than 190 people and displaced about 300,000 — the first thing Iranians thought of to express their sympathy was Fairuz’s famous song “Li Beirut,” which became a trending hashtag on Persian Twitter. Iran’s foreign minister, Mohammad Javad Zarif, mentioned it in his tweet. The fringe militant opposition group Mujahedeen-e-Khalq (MEK) promoted the song on their website. The regime hardliners only posted the lyrics while Iranian academics and intellectuals abroad shared links to videos of Fairuz singing on YouTube.

“The bride of the East”

In the imagination of Iranians Beirut is still considered to be “the bride of the East.” The day after the explosion, the majority of Iranian newspapers, regardless of their political affiliation, used this metaphor on their front page by exhausting headlines such as “The Bride of Fire,” “The Wounded Bride,” and “The Bride of the Middle East in Mourning Clothes.” However, if the bride metaphor was dominant in the headlines, Fairuz was the most common trope referred to in the body of the articles. The official Islamic Republic News Agency (IRNA) quoted another national newspaper that “Lebanon does not only belong to Lebanese people. Anyone who has ever listened to Fairuz and traveled with her voice is a Lebanese.”

Compared to other Arab singers, Lebanese ones have garnered greater admiration among Iranians. Performers such as Nancy Ajram, Haifa Wehbe, and Elissa and Najwa Karam have gained widespread popularity, while the cultural elite, who like to display their refined global taste, would point to the works of Marcel Khalife, Abeer Nehme, or more recently the indie rock band Mashrou’ Leila. Notwithstanding, it is Fairuz who has maintained a special status for the past six decades among both elites and the common people of Iran.

In fact, the Lebanese singer made an important contribution to Iranian pop culture that is seldom recognized. Fairuz performed the song “Bint el Shalabiya” when she was in her twenties and not yet famous. This was during the 1950s, when Beirut had entered its golden age and was a popular destination for many Iranians. On one of these trips, a prominent Iranian musician and composer brought a Fairuz record back home, where the song was performed with different Persian lyrics. In the despondent mood of Iran after the 1953 coup against Prime Minister Mohammad Mossadegh, the song quickly became a hit; it was sung as a duet by two rising stars, Viguen and Pouran, and later by several other Iranian pop singers. Fairuz never played a concert in Iran, but the Iranian diva, Googoosh, performed Fairuz’s version of “Bint el Shalabiya” during a 1977 visit to Bagdad, shortly after the Iran-Iraq rapprochement following the signing of the Algiers Accord. In 2013, Rita, an Iranian-born Israeli singer, also performed the Persian version of the song in the United Nations General Assembly Hall. Once again and without asking for it, Lebanon was dragged into the middle of the conflict between Iran and Israel.

Fairuz’s popularity was stronger than the Islamic piety of post-revolutionary Iran. 1983 was one of the worst years for Iranian publications: Independent press was banned, and intense censorship laws were enforced. The young regime prohibited women from singing in public. Publishing news about foreign singers was tantamount to promoting obscenity. Amid the circumstances, the then recently established Qamoos magazine, run by a group of young pro-Islamic-regime artists, dedicated four pages to Fairuz’s song “Al Quds” and praised it as “the most pleasant and epic work of this renowned artist.”

Iranian hardliners have continued to favor Fairuz all these years. In December 2013, Tasnim, a news agency that has links to Iran’s Islamic Revolutionary Guard Corps, excitedly covered the news that Fairuz and her son, Ziad Rahbani, had reportedly endorsed Hassan Nasrallah, the leader of Hezbollah in Lebanon. Following Macron’s visit, Nasrallah’s supporters in Iran shared a photoshopped image of his meeting with Fairuz where a large image of Hezbollah’s leader was placed on her living room wall. The photo even tricked Iran’s former minister of culture in Mohammad Khatami’s reformist administration, Ata'ollah Mohajerani, who is now living in self-imposed exile in the U.K. In a tweet that he later deleted, he saluted Fairuz for her “timeliness and wisdom” because she made sure the leader of Hezbollah had a “colorful presence” during Macron’s visit.

In 2016, the reformists took advantage of Fairuz’s popularity in an effort to encourage their hardline rivals to increase cultural tolerance. In a speech Mahmoud Doaei, a cleric who has supervised the national newspaper Ettelaat for nearly four decades, recalled a story about the Lebanese-Iranian religious leader, Musa al-Sadr. On a trip to Egypt, al-Sadr learned that Fairuz was in town for a concert. When he expressed his interest in attending, Fairuz performed a private concert for him instead. Fairuz visited Cairo in 1976, as did al-Sadr, but it is the moral of the story that matters, not the facts. Doaei was careful to emphasize that al-Sadr was fine with hearing Fairuz singing because she was not the typical female pop singer. Rather, according to him, “She and her musicians were from respected families who were pure and virtuous in every way.” In this seemingly simple clarification, one sees the limits of progressiveness in Iran’s reformist discourse, which is still obsessed with the codes of modesty when it comes to women’s issues.

It is ironic that Iranian politicians refer to Fairuz while her songs, alongside those of other female singers, are still prohibited on Iran’s radio and television channels. Iranian women have resisted this ban in various way: by organizing private concerts, by going solo unannounced for performances where male singers and musicians perform, and recently by recording and releasing their work directly on social media. Meanwhile, throughout all these years, Fairuz has remained a constant presence in the Iranian view of Lebanon, both in elite politics and in popular culture.