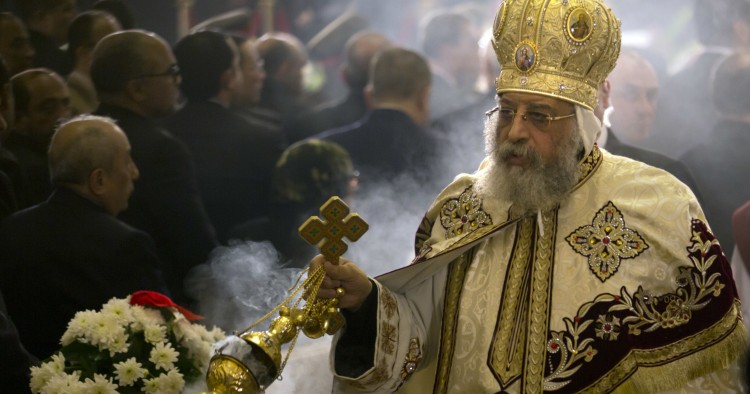 With the apparent resurgence of sectarian violence in the Middle East as described by Hinnebusch[1] and the media decrying the emergence of ‘new sectarianism’ after the Arab uprisings, it is imperative to find new approaches to understand this phenomenon and why it appears to be dominating discourse about the region. There have been a number of studies in recent years of the factors that contribute to the manifestations of sectarianism in various national contexts that examine historical patterns and economic and political drivers.[2] In much of this scholarship sectarianism is understood as being rooted in a contest over ‘national truths’[3] or a ‘as a strategy of patronage politics,’[4] rather than as a straightforward expression of theological hostility.

This article looks at sectarianism from the perspective of minority studies to add further insights. ‘Minority’ is a pervasive term, but it is also a sociological category that stems from a differentiation from those who hold the majority of the tools of social, political, and often economic power in a given society.[5] Minority is not a neutral term then because it carries with it the sense of separation and disadvantage and thereby contributes to a process of constructing discriminatory relations that entrench power relations (REF).[6] From this perspective, if sectarianism is understood as a struggle for power over national truths and national resources, then a persistent overemphasis on labeling minority/majority categories could contribute to the form and force of sectarian discourse and politics.

The Minority/Majority Framework and Power Relations

In the minority/majority framework, the minority need not necessarily be a numerical minority. Groups that have restricted access to sources of power or the dominant conceptions of identity of the nation experience minoritization in terms of restricted access to sources of power at the national level.  For example, some might argue that the category of minority could be applied to women.[7] There are also the classic examples in the Middle East where a group described as a ‘minority’ rules despite (i.e. against normal expectation) their status as a numerical minority, such as the Alawis in Syria and the Sunni ruling family in Bahrain. An example outside of the Middle East was the Apartheid regime in South Africa. In all these instances, the group identified as a minority, whether numerically or in terms of access to real or symbolic power, is always at a disadvantage by their very construction as ‘other’ to the majority.

In this situation, discrimination and violence is often one way, directed at the minoritized, who lack the discursive or institutional resources to protect their community members. The result is a certain kind of sectarianism that can become entrenched in politics and in the culture of a given society. It also reinforces a certain construction of national identity and values. This could explain why some communities labeled as a minority actually reject this designation. In the Middle East, Coptic Christian leaders in Egypt[8] and Amazigh activists in Morocco[9] often reject the idea that their communities are minorities. This is less to do with numbers than with the desire to end the perpetuation of exclusion and to reject any mechanism that sets them apart from national culture and heritage of which they consider themselves an integral part, if not the originators.

The Arab Spring and Minority-ness: The Case of the Copts

The Arab Spring moment was embraced by many individual Copts as an opportunity to redress some of the minoritization processes that were entrenched in the region and underline the stance that they are full citizens in the nation. There was also a sense that Copts should have agency as Egyptian citizens and no longer be treated as a homogenous Coptic political bloc. Although the Coptic Church initially advised Copts against joining the protests large numbers still took part, and national unity slogans and banners were part of the imagery of Egypt’s uprising; recalling the 1919 revolution and rejection of the division of Egyptians into minority and majority.[10] Far from fearing the threat of instability or a surge of political Islam, the moment appeared to be a rupture of significant force that new breakthroughs could enable a greater chance for representation in the national public sphere; at least at first.

However, once the initial enthusiasm dissipated and instability introduced by the leaderless revolutions ensued, the messy transitions revealed the force and speed with which pre-existing power relations were able to reassert themselves. In addition, the power vacuum did create a state of lawlessness in which violence persisted, with minoritized groups representing a vulnerable target. According to extensive field research carried out by Tadros, women in many countries across the region likewise suffered increased levels of fear and threat due to post-Arab Spring security ruptures.[11] In this atmosphere of threat and vulnerability, Egypt saw a spate of arson attacks on churches in the months following the uprising.

This increase in violence against Copts, which was seen as going unpunished by the government, culminated in the horrific incident on October 9, 2011. Armored personnel carriers drove into crowds of protesters, mainly Copts, who were demonstrating against yet another attack on a church. The actions of the army against the protesters lead to 28 deaths. During the protest, a presenter on Egyptian television reporting news of the demonstration called on ‘honorable men’ to go out to the streets to support the army against the Coptic protesters. This set up a clear ‘us and them’ discourse regarding the nearly assertive Coptic activism that was seeking to claim their grievances were part of the uprising’s aims to pursue social justice for all Egyptians.

Young Christians did try to use the gaps that the uprising had apparently opened up in order to bring their grievances into the open; to be activists, rather than Coptic activists. They campaigned for considering discrimination against Copts and other issues affecting them as national issues to be addressed in the public sphere, rather than within the church space. But these efforts were dismissed in the Egyptian media as ‘factional concerns’ that came second to securing ‘Egyptian interests’; Coptic interests were thereby minoritized vis-à-vis national interests and portrayed as a distraction from the ‘real’ issues facing the nation.[12]

Conclusion: The Majority as the Nation

This kind of ‘othering’ discourse acted as a well-oiled mechanism for mobilization, which was quickly employed by media to describe events and by political actors to pursue specific political goals and prevent the progress of others.[13] Sectarian discourse was perhaps inevitably renewed in the midst of the upheaval initiated by the uprisings than in an effort to regain control of the nation. Writing on Saudi Arabia, al-Rasheed notes that “The Arab Spring and its potential impact on the country pushed the regime to invigorate sectarian discourse against the Shia in order to renew the loyalty of the Sunni majority.”[14] Maintaining national power structures relied on reasserting the minority/majority framework, re-entrenching the construction of which sections of society represent the nation, and whose interests are therefore portrayed as interests of the nation. Upholding these interests against the ‘dangerous’ claims of the othered minority is thereby conflated with protecting not only the nation but the revolution and contributed to the apparent new sectarianism that has emerged since 2011.

Consequently, I suggest that the overuse of the term ‘minority’ and the minority-ness it highlights supports the persistence of a particular variety of sectarianism that might be latent in the everyday but that is easily mobilized for political aims or in periods of upheaval and insecurity. It not only highlights borders between communities and obscures diversity of identification within but it also fails to lead to acceptance of the ‘other’ across these borders because there is an uneven power relation inherent in the minority/majority framework. This limits relations between national communities constructed on a minority/majority basis to tolerance at best and the potential for (largely) unidirectional sectarian violence at worst.

[10] Elizabeth Iskander, “The ‘mediation’ of Muslim–Christian relations in Egypt: the strategies and discourses of the official Egyptian press during Mubarak's presidency,” Islam and Christian–Muslim Relations 23, 1 (2012): 34-36.

[11] Mariz Tadros, “Whose Security Lens on Gender Matters in the Arab Uprisings? in Elizabeth Monier, Ed., Regional Insecurity After the Arab Uprisings: narratives of security and threat (Basingstoke: Palgrave, 2015): 107-128.

[12] Elizabeth Monier, “The Arab Spring and Coptic-Muslims Relations: from Mubarak to the Muslim Brotherhood,” European Yearbook of Minority Issue 11 (2010): 169-186.

[13] For a study of the processes through which sectarian discourse is quickly mobilized and (re-)constructed to achieve or support political goals, see Elizabeth Monier, “Egypt, Iran, and the Hizbullah Cell: Using Sectarianism to ‘De-Arabize’ and Regionalize Threats to National Interests,” The Middle East Journal 69, 3 (2015): 341-357.