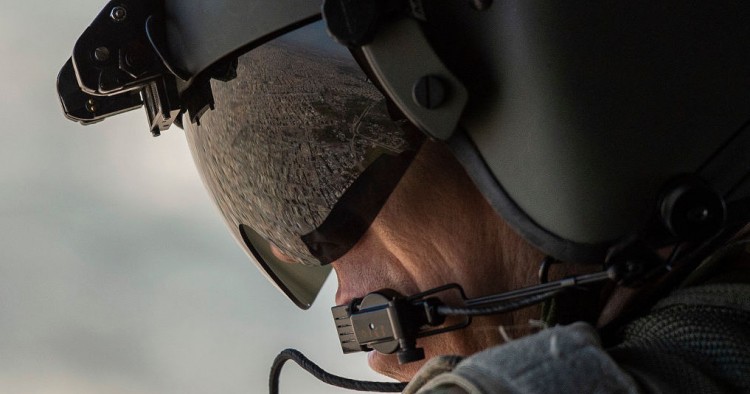 The U.S.-Iraq Strategic Dialogue that will be launched this week provides an opportunity for the two sides to put their relations, as Iraqi President Dr. Barham Salih said last April, “in the right context.” A dialogue gives both parties a chance to air their grievances, and there are at least a few on each side in this case. It also provides a space to define mutual interests, discuss fundamental principles for sustained bilateral relations, agree on issue areas that require cooperation going forward, and establish practical measures in each area to actualize this cooperation, along with a tentative timeline and mechanisms to oversee implementation of the agreement.

This is not the first time representatives from the United States and Iraq have sat down at the table to discuss principles and mechanisms for a sustained bilateral relationship between the two countries. In 2007, the two governments agreed on a joint Declaration of Principles for Friendship and Cooperation. In 2008, the U.S. and Iraq engaged in a dialogue that resulted in two agreements: the Strategic Framework Agreement (SFA) and a security agreement known as the Status of Forces Agreement (SOFA). According to a fact sheet released by the White House on Dec. 4, 2008, the SFA “normalizes the U.S.-Iraqi relationship with strong economic, diplomatic, cultural, and security ties — and serves as the foundation for a long-term bilateral relationship based on mutual goals,” while SOFA “guides our security relationship with Iraq and governs the U.S. presence, activities, and eventual withdrawal from Iraq,” setting Dec. 31, 2011 as the date for all U.S. forces to withdraw from Iraq.

U.S. officials emphasize that this dialogue builds on the SFA and is not another SOFA. Similar to the 2007 talks, the U.S.-Iraq strategic dialogue seeks to define and agree on fundamental principles for sustained bilateral relations. Discussions will focus on four main aspects of the relationship: political, security, economic, and cultural ties. Similar to 2008, the U.S. sees in the dialogue a means to move the bilateral relationship beyond a limited focus on security and military-to-military relations toward a broader, multifaceted relationship between the two countries.

Similar to the 2008 dialogue, discussions this time about U.S. military withdrawal from Iraq are not going to be about if, but about when and how. ISIS is rearing its head once again, and although it has nowhere near the capacity, operational presence, and community support that it enjoyed in its heyday in 2013-14, it nevertheless makes a good argument against a hasty withdrawal of U.S. forces. The U.S. military has already drawn down some of its forces, moving them to bases in the Gulf, and has reduced its footprint on six Iraqi military bases. Guaranteeing Iraqi government commitments to prevent attacks by Iranian-backed Iraqi proxies on U.S. assets in Iraq until their withdrawal will be a discussion item on the agenda.

Similar to 2007-08, the U.S. administration will be entering the dialogue in the midst of a presidential election season. This will not affect the main thrust of U.S. positions in the dialogue, primarily because the current administration and a potential Biden administration do not differ much on wanting a sustained bilateral relationship beyond just the military-to-military realm. The main difference between the two revolves around their Iran policy. While this administration has not developed an Iraq policy and has always viewed Iraq through the prism of its “maximum pressure” strategy against Iran, a Biden administration will most likely relax early in its tenure much of the pressure on Iran put in place by the Trump administration. This would reduce tensions between the U.S. and Iran across the region (including Iraq), incentivize Tehran to rein in its proxies’ actions in Iraq targeting U.S. assets, and create space for the Iraqi government to enact some security and economic reforms. This does not mean, however, that Tehran will reduce its influence in Iraqi political and security affairs, or that it will agree to bring its armed proxies’ weapons under state control. The protests that began last October, which were mostly led and organized by Shi’a youth, reinforced Tehran’s fear that anti-Iranian Iraqi nationalism remains strong, even among constituencies it considers friendly. An armed militia presence in Iraq whose loyalty to Tehran is unquestionable will remain for the short to medium term its best bet against Iraq ever again becoming a threat to its homeland security.

While Tehran’s influence on the tempo of Iraqi politics and in internal security affairs is far greater than it was in 2007-08, the October 2019 protests accompanied by the recent splits in the ranks of the Popular Mobilization Forces (PMF) have caused a hitherto unseen fragmentation of the Shiite political scene, thus creating more negotiation space for Prime Minister Mustafa al-Kadhimi vis-à-vis Iran-backed militias and Shi’a political hard-liners. The dual assassination on Jan. 3 of Islamic Revolutionary Guard Corps Quds Force Commander Qassem Soleimani and PMF Deputy Commander Abu Mahdi al-Muhandis robbed Tehran of its two most influential operators in Iraq. Added to that double blow, the economic hardships imposed by U.S. sanctions on Iran and the fallout from the COVID-19 epidemic have thrown Tehran off balance in Iraq. This will not last long. The Iraqi prime minister has a short window of opportunity to use the dialogue with the United States to carve out more room for maneuver for his government vis-à-vis both the Iranian proxies in Iraq and Tehran itself.

The timing of the dialogue, in the run-up to the U.S. elections, will affect its pace as the Trump administration will want to come to an agreement on the endgame in Iraq prior to November 2020. Similar to what transpired in 2009, a new U.S. administration in January 2021 will be less focused on its bilateral relations with Iraq than this one already is, prioritizing domestic public health and economic issues and leaving little political bandwidth for foreign policy. The Obama administration was more interested in exiting than sustaining bilateral relations with Iraq. It took its eyes off the country’s internal affairs and in some cases even turned a blind eye to political leaders like Nouri al-Maliki as they engaged in the worst kind of sectarian politics, eventually creating the political and security conditions that enabled ISIS’s emergence. The 2014-17 fight against ISIS pivoted the U.S.-Iraqi relationship to focus on military and security issues, and much less attention was paid to the other ties that were supposed to define a sustained relationship between the two countries per the 2008 SFA.

This second go at discussing a sustained bilateral relationship between the two countries provides an opportunity for revisiting the 2007 Declaration of Principles and the 2008 SFA in light of lessons learned by both sides in the years since. Yet the challenges facing Iraq both then and now are pretty much the same: corruption, a political system that meets the interests of the few at the expense of the majority, a regulatory framework that stifles rather than empowers and supports an entrepreneurial culture, and a public sector that employs millions while failing time and again to provide basic services to the people. Then and now, the responsibility for meeting these challenges rests primarily with the Iraqi government. Then and now, a strategic dialogue with the U.S. will neither create the political will nor provide sufficient incentives for Iraqi political elites to tackle these challenges. Only Iraqis can. It is in the interest of both the Iraqi government and the U.S. administration to develop communication strategies to engage with wider segments of Iraqi society during the talks. Public briefings by the two sides about the dialogue deliberations as well as regular consultations with leaders of youth groups and civic organizations about the issues under consideration in the talks should be an integral part of the dialogue process.

Randa Slim is a Senior Fellow and the Director of MEI’s Conflict Resolution and Track II Dialogues Program. The opinions expressed in this piece are her own.