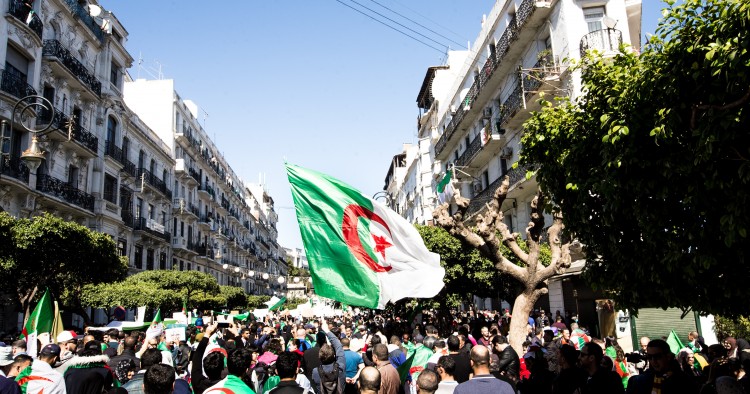 Algeria’s streets are peaceful, but the political crisis is deepening. Millions of protesters marched on Friday, March 15, demanding that President Abdelaziz Bouteflika depart promptly and that the ruling political system quit. On social media there are calls for large protests again on Tuesday, March 19. Students, religious figures, unionists, and many government employees have pledged to join the Tuesday demonstrations. Workers in the electricity and hydrocarbons sectors are starting to join protest actions as well.

The Algerian government is holding to its plan to keep Bouteflika in office indefinitely while it tries to launch a national conference to prepare for constitutional changes and eventual elections. Former diplomat Lakhdar Brahimi stated that he is not leading the national conference, but he is ensconced in an Algiers hotel meeting political and social figures. Meanwhile, the government instructed provincial governors and universities to identify local protest movement leaders to participate in the national conference. So far, the huge but largely shapeless protest movement has rejected government efforts to select figures from among its ranks; anyone who steps forward will be denounced. At the same time, Prime Minister Noureddine Bedoui and Deputy Prime Minister Ramtane Lamamra have been trying since March 11 to assemble a new cabinet. The protest movement is unclear about what exactly it wants, but it clearly doesn’t want a new government made up of figures from the political system or the government’s national conference. The government is left with no negotiating partners and confronts a broad demand that it quit, a situation leading to impasse.

The grim anniversary of the invasion of Iraq

Wednesday, March 20 marks the 16th anniversary of the U.S.-led invasion of Iraq. In addition to being the worst U.S. foreign policy decision since President Lyndon Johnson escalated the war in Vietnam in 1965, and one that led to 4,500 U.S. soldiers killed, 32,000 wounded, and trillions of dollars spent; the invasion, and its mismanaged aftermath, left Iraq in shambles; resulted in hundreds of thousands killed; and destabilized an already precarious Middle East.

While Iraq was rid of a terrible tyrant, the invasion dismantled the Iraqi state and led to a collapse of sovereignty and security in the country. And while the electoral and power-sharing political system that was put in place could potentially provide a better future for Iraq, the new political system and its elites went largely in the direction of intensified sectarian and ethnic division and massive corruption instead.

Regionally, a war that was waged partly under the slogans of the war on terror had the reverse effect of providing a new arena for jihadists, and created the conditions that enabled the rise of ISIS. And a war that was intended by the neoconservatives to weaken Iran had the reverse effect of empowering it in Iraq and enabling it later to consolidate its presence in Syria as well.

But what’s done is done, and there is no use replaying history. Nor can we predict what fate might have awaited Iraq had Saddam Hussein, and his brutal family, remained in power — and had his regime survived the 2000s, one doubts it would have survived the Arab uprisings of 2011.

In any case, what matters most now is that we work with the government and people of Iraq to help consolidate the victory over ISIS, stabilize and repatriate displaced communities, and work for better governance and economic development for the Iraqis.

In a visit to Washington last week Ambassador Hamdullah Mohib, Afghanistan’s national security adviser, went beyond normal diplomatic boundaries with his criticisms of U.S. participation in peace talks in Doha and his characterization of the U.S.’s chief representative, Ambassador Zalmay Khalilzad. The clearly frustrated former Afghan ambassador to the U.S. complained that the Kabul government is being kept largely in the dark about negotiations. He implied that the U.S. might be reaching for a deal with the Taliban suited to advance American interests but not to bringing peace any closer in Afghanistan. The talks, he argued, had succeeded in elevating the political legitimacy of the Taliban at the expense of the Kabul government. Mohib’s sharpest remarks were reserved for Afghan-born Khalilzad, whom he accused of a failure to communicate and also of quietly angling to lead a future Afghan government.

Many in Washington have quickly jumped to Khalilzad’s defense, hailing his diplomatic accomplishments and charging Mohib with impeding U.S.-Afghan relations at a delicate time. In Afghanistan, the visit has met with mixed reviews, including disapproval from a wide array of politicians. More important, however, the ambassador’s remarks apparently have the approval, in substance if not necessarily in tone, of Afghan President Ashraf Ghani.

Whatever the verdict on Mohib, his visit puts Khalilzad and the U.S. on notice that they must do a better job handling Afghan sensitivities and suspicions by working more closely and forthrightly with the Kabul government. Taliban leaders would like nothing more than a widening rift between Kabul and Washington over the negotiations. Meanwhile, Afghan ire was redirected late last week by Pakistan’s alleged interference in Afghan internal affairs. In a public gathering Pakistani Prime Minister Imran Khan predicted that a peace agreement would soon bring a new government in Kabul. 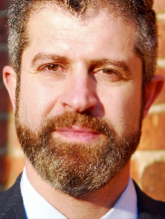 The European Union and the United Nations co-chaired the third Brussels Conference on Supporting the Future of Syria and the Region on March 12-14. 57 countries and more than 20 international organizations and UN agencies attended the conference, which raised close to $7 billion in aid for Syria and those displaced by the eight-year conflict. Approximately half of the money will go toward refugees in neighboring countries. Although the EU pledged $2.21 billion, $1.7 billion of that was already promised to Turkey in 2015 for hosting refugees there. The UN estimates that close to $4 billion is needed to meet the needs of people inside Syria and over $6 billion for neighboring countries. Some 80 percent of people inside Syria live in extreme poverty and refugee have experienced pressure to return despite fears that they will be targeted by the regime or its allied militias.

Despite the large amount pledged, the international community remains divided over whether reconstruction should involve the Syrian president, and how aid might get around current sanctions on the regime. President Bashar al-Assad and his Russian and Iranian allies are pressing hard for engagement with Damascus and international assistance to build the war-torn country. For their part, the United States and the EU have refused to support reconstruction absent a political settlement. It remains to be seen whether the Europeans will hold to these demands as pressure from right-wing and anti-immigrant parties to return refugees mounts. No Syrian government or opposition representatives were invited to the event, but civil society groups voiced concerns over pressure from donor countries for refugees to return.

Reports from Iran suggest that President Hassan Rouhani’s approval rating is now under 10%. There is no way of verifying such claims, but it is clear that Rouhani has failed to live up to the hopes of the reformist majority voter block that backed him in the 2013 and 2017 elections.

His opponents in the hardline camp in Tehran are now opportunistically using Rouhani’s troubles with the electorate to argue that perhaps it is time to consider abolishing the presidency altogether and bringing back the role of prime minister. Such a move is ostensibly meant to bring the prime minister closer to the Majlis, Iran’s parliament, and make the executive office more accountable and efficient. This is a red herring, however, and the real aim of the hardliners, in case they pursue this seriously, would be to amass more power and make elections even more meaningless than they are today.

Iran had a symbolic presidency and a strong prime minister until the constitutional changes of 1989, which were meant to keep power concentrated in the hands of the very few at the top of the regime. In fact, that concentration of power at the top, namely in the hands of an unelected supreme leader, Ayatollah Ali Khamenei, is Iran’s real constitutional problem. Iran’s 1979 constitution is an awkward fusion of disparate elements, with a republican veneer of elections covering a theocratic core, where power is ultimately in the hands of unelected clerics backed by the armed muscle of the Islamic Revolutionary Guard Corps.

President Rouhani could go on the offensive and try to address the true constitutional problem at the heart of the Islamic Republic, but his track record isn’t promising and is mostly one of missed opportunities.