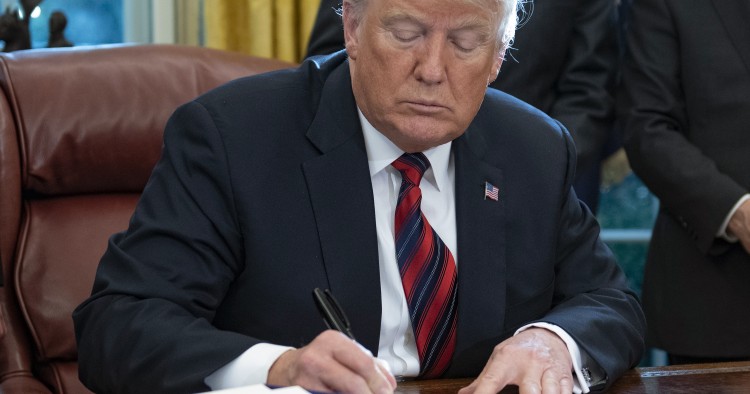 In this week's Monday Briefing, MEI experts Paul Salem, Alex Vatanka, Charles Schmitz, Gerald Feierstein, and Marvin G. Weinbaum provide analysis on recent and upcoming events including the coming changes in Trump's administration, Iran's hesitation in the US-China battle over Huawei , the ongoing Sweden talks on Yemen, results of the latest GCC summit, and questions over the legitimacy of the Afghan elections.

The shuffle in President Trump’s team at the end of 2018 indicates elements of both continuity and change for 2019. UN Ambassador Nikki Haley will be replaced with Heather Nauert. Haley was a political heavyweight and had built a strong relationship with UN Secretary General Antonio Guterres. On Middle East issues, she pushed a very hard line against Moscow, Iran, and Damascus and boosted Israel while undermining the Palestinians. Haley was very much her own force; Nauert is much more of a political neophyte. But on Middle East issues, she is likely to follow the same playbook.

Gen. John Kelly’s replacement as White House chief of staff has not yet been announced, but Kelly might be the last general in a top White House position. Former National Security Advisor H.R. McMaster and Gen. Kelly brought real-world field experience to White House decision making while current National Security Advisor John Bolton and the next chief of staff might indicate the primacy, respectively, of hard line ideology and pressing domestic political challenges.

Within the Department of Defense, Trump elevated Army Chief of Staff Gen. Mark Milley to become the next chairman of the Joint Chiefs of Staff. Milley brings years of field experience to the job and represents an element of continuity.

The departure of McMaster and Kelly begs the question as to whether Defense Secretary Jim Mattis will stay through 2019. As Trump remarked a few weeks ago about Mattis, “at some point, everybody leaves.” While the recent changes in personnel are significant, they remain secondary compared to any potential change at the head of the Department of Defense.
@paul_salem

Iran only a spectator in Huawei battle

Last week’s arrest in Canada of a top Chinese businesswoman for violating U.S. sanctions on Iran should be big news in Tehran. But that has not been the case. In fact, the Iranians are acting only as spectators in an unfolding U.S.-Chinese battle on the global stage. Few officials in Tehran openly admit the incident will have a direct bearing on Iran’s interests.

The sense in Tehran is that the arrest of Meng Wanzhou, a senior executive at Chinese telecommunications giant Huawei, is part of a broader American effort to stop the growth of a Chinese firm that has expanded rapidly and has close ties to the Chinese military. Citing U.S. sanctions on Iran for the arrest of Wanzhou is only a pretext, according to the dominant view in Tehran. The argument here is that Washington’s apprehensions about the rise of Huawei long predate the Trump presidency and his May 2018 decision to re-impose sanctions on Iran.

And yet, there is in the short term an immediate reason for Tehran to watch the fate of Wanzhou carefully. If Beijing decides to hit back against the US, it could opt to be far less cooperative with Washington in adhering to American sanctions on Iran. Such an overt Chinese snub toward President Trump’s anti-Iran sanctions campaign might just give other countries the confidence to do the same. The net result would be a weakening of the Trump sanctions regime against Tehran. However, the Iranians are fully aware that the Chinese (like the Russians before them) can also end up only using the Iran card as a way of generating leverage against Trump, which is not to the same as taking Iran’s side in the Tehran-Washington fight.
@AlexVatanka

After five rounds of failed efforts at negotiation, Yemenis are understandably skeptical about the talks in Sweden, yet heavy international pressure — the ambassadors of the five permanent members of the UN Security Council met with the two delegations to impress upon them the international community’s sense of urgency — and an agreement for a prisoner exchange worked out before the negotiations began created a glimmer of hope, however small.

On Monday, representatives of the Houthis and the government of President Abed Rabbo Mansour Hadi met face to face for the first time to work out details of a prisoner exchange, the most promising of six trust-building proposals. Efforts to reunify the central bank and guarantee the distribution of relief supplies also appeared to have some hope of success, whereas proposals to open Sanaa Airport, open all roads to Taiz, and most importantly, resolve the conflict in Hodeida seemed to stall. If UN Special Envoy Martin Griffiths can keep the parties talking until the scheduled end of the meetings on Friday, he may succeed in convening a second round of talks later in Kuwait, which would represent a huge success.

In Washington, Senator Lindsey Graham’s entertaining assertion that without US support, Saudis would be speaking Farsi within a week will not affect the negotiations in Sweden. The tough issues are Yemeni. In the long road ahead, the Houthis must transform from a wartime insurgency to a political partnership with the rest of Yemen; thus far the Houthis have shown the capacity to rule only by armed militia, hardly an inviting vision for Yemen. For its part, the Hadi government and its Saudi backers must recognize that Hadi’s government is not legitimate, the GCC agreements belong to Yemen’s past, and Yemen’s future foundation must include the Houthis and the southerners as true partners, not appendages. Truly, a long road lies ahead.

The GCC summit ends with a whimper

To nobody’s surprise, but some disappointment, the annual GCC summit, held this year in Riyadh, ended shortly after it began with no sign of movement on the intra-GCC dispute that has raged since 2017 among Qatar, Saudi Arabia, the United Arab Emirates, and Bahrain. (Egypt is also a party to the self-described Anti-Terror Quartet confronting Qatar.) The failure to consider any conciliatory movement was foreshadowed by the Qatari decision to delegate a junior minister, Sultan bin Saad al-Muraikhi, rather than the emir to represent Doha at the conference. Only Sheikh Sabah, the emir of Kuwait, referenced the dispute in his remarks at the conference, warning that the conflict being waged in the media “will destroy everything we have built and every pillar we have erected.”

Despite the perpetuation of the political conflict, the summit did manage to complete some of its core functions, including the appointment of Lt. Gen. Eid Awwad al-Shulaiwi of the Royal Saudi Land Forces to be the new GCC military commander and the publication of a joint communique, the Riyadh Declaration, reiterating the group’s commitment to economic and foreign policy cooperation and strengthening international partnerships. On foreign policy issues, the group called for political settlements to the Yemen civil war and the Israeli-Palestinian dispute, including recognition of an independent Palestinian state with East Jerusalem as its capital.

The Riyadh Declaration thus defines the parameters of GCC integration for the foreseeable future: cooperation on lowest-common-denominator elements of regional interest but a frozen political dispute that will likely obstruct more ambitious goals, including the Trump administration’s interest in advancing the Middle East Strategic Alliance, more popularly known as the “Arab NATO.”
@j_feierstein

Legitimacy of Afghan elections at issue

Parliamentary elections in Afghanistan were held on Oct. 20th. Yet the results from a large number of provinces remain uncertified. More disturbing, last week the country’s Independent Electoral Complaints Commission unexpectedly invalidated the votes cast in Kabul Province, the country’s most populous. The Commission’s finding caused so great a political stir that its members have agreed to review their decision this week. At stake is the very legitimacy of Afghanistan’s exercise in democracy. The validity of the electoral process was already in question after reports of widespread fraud and the failure of many poorly secured polling stations to open across large sections of the country. One clear winner in the election is the Taliban, which can relish the resulting controversy and confusion.

Meanwhile, the search for a political solution in Afghanistan has gained momentum, at least as measured by the accelerated efforts of U.S. Special Representative Zalmay Khalilzad. He is busily traversing seven countries in the region, having begun with Pakistan, trying to muster support for his peace mission. Khalilzad has admitted to being in a hurry to strike a deal with the Taliban, ideally before April’s scheduled presidential election. He reportedly floated the idea that the election could be delayed if talks aimed at power sharing with the Taliban made headway. Hovering behind the frenetic activity is President Trump and his known impatience with the Afghan war. Should Khalilzad come home empty-handed, Trump may well use his emissary’s failure to announce plans for an American troop exit.
@mgweinbaum