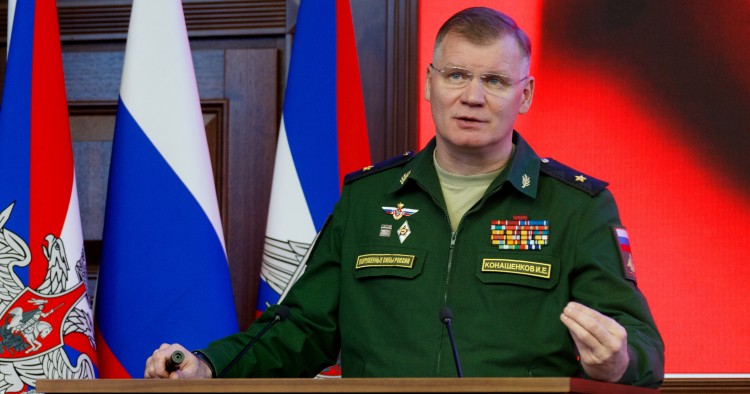 One of the key facets of Russian policy in Syria over the past 18 months has been the creation and management of so-called “de-escalation zones.” Established following negotiations in Astana, Kazakhstan in May 2017, the four zones facilitated Moscow’s most direct interaction with rebel forces on the ground in Syria. The zones were intended to freeze conflict along all major remaining rebel-regime frontlines, paving the way for an eventual return of government rule via a carrot-and-stick approach: regular negotiations paired with focused military activity when opposition leaders proved intransigent. By including Turkey, a key rebel backer throughout the war, in the process, Moscow not only gained an influential partner on the ground, it also signaled to the rebels that they could expect no help from Ankara in resisting militarily in these areas.

From the Russian policy perspective, at least three of the four de-escalation zones can be considered a success. In north Homs, Eastern Ghouta, and south Syria the ceasefire enforced by Russian military police halted large-scale conflict and allowed regime forces to go on the offensive against ISIS in central and eastern Syria. Once ISIS was nearly eliminated as a territorial threat, rebels in these three zones were persuaded to accept reconciliation and evacuation deals with far less fighting than would have likely occurred otherwise.

A handful of factors contributed to the success of this strategy. One major factor was the strategic defeat of the rebels and any lingering hope of an opposition victory. By December 2016, Russia’s full-scale military intervention resulted in the total reconquest of Aleppo city. Rebel morale visibly collapsed after this. There were few attempts to take advantage of the regime’s subsequent focus on ISIS and relatively feeble resistance as Ghouta, Homs, and southern pockets of the country were crushed in sequence.

The evacuation deals that led to the successful removal of rebels from each of these pockets were facilitated by Russia’s military police, which forged real trust with the rebels. Face-to-face encounters occurred regularly over a period of months, including negotiations at checkpoints. This was especially evident at the Wafidin checkpoint (in Ghouta) and the Dar al-Kabira crossing (in north Homs). Civilians reported being stunned by the military police, most of whom hail from Russia’s Muslim North Caucasus region, performing Sunni prayer rites on the street in front of them. Locals in al-Wa’er, a rebel-held district of Homs city evacuated by Russian military police between March and May 2017, reported that the propaganda spread by armed groups about how the Russians would kill them was refuted by the actions of the North Caucasian military police; one was quoted as saying “the Russians are far more merciful than the Iranians. I wish they (would) stay in the neighborhood.”

Russia’s strategy has also included well-publicized distributions of humanitarian aid, carried out primarily by the Chechen and Ingush servicemen, as well as Chechen-financed projects to rebuild mosques in Homs and Aleppo. This contrasted sharply with the behavior of militias backed by the regime and Iran, which were widely despised by the local Sunni population for looting and other abuses, and perceived to be part of an effort to replace Sunnis with more pliable Shia or Alawite settlers.

In the final de-escalation zone, Idlib, things have proven more challenging, however. The region’s uncertain status has been a subject of international debate for years; the only consensus reached so far has been a Russian-Turkish deal on a demilitarized frontline zone, the implementation of which has proven difficult. Why has Moscow been unable to replicate its success with the previous de-escalation zones? The obvious explanation is that rebel fighters in this area simply have nowhere else to go; there is no other territory they can evacuate to. But beyond this, a number of factors on the ground have contributed to Moscow’s inability to replicate the conditions in the other three zones. One major element is the differing composition of militants in Idlib, with a higher proportion of hardline fighters. The area is Hayat Tahrir al-Sham’s (HTS) stronghold and also has a heavy presence of Russian-speaking foreign fighters, including Chechens and other North Caucasians who are adamantly opposed to any talks with Russian officers.

Russia initially established a checkpoint in southeast Idlib or north Hama province sometime in mid-2017 and intended to employ a similar strategy of engagement and trust as in the previous zones, but the hostile environment quickly put an end to that. Shortly after its creation, the checkpoint was attacked by HTS fighters, who encircled the military police garrisoned within. An hours-long firefight saw at least one Chechen serviceman killed and only ended when Russian special forces were dispatched to relieve the policemen. The checkpoint was closed soon thereafter.

Recent attempts to establish a new checkpoint have also run into problems. Pressure from the rebel side has kept up, as demonstrated by the Nov. 12 raid led by Malhama Tactical, a jihadist private military contractor of sorts composed primarily of Russian speakers, behind regime lines in north Hama province. The group claimed to have killed 17 regime soldiers and seven Russians—numbers not independently verified—in the operation, leading Russian military police to close the road between the towns of Morek and Souran for several days.

Moscow’s allies have caused problems as well. A planned large-scale offensive by regime forces in August forced Russian military police to take over and shut down the Syrian government’s own checkpoint on the edge of Idlib. That checkpoint allegedly reopened on Nov. 2, although this has not been reported by Russian sources, suggesting that current activity there remains tentative.

Unlike in the other de-escalation zones though, Russia is heavily reliant on Turkish influence in Idlib and has had to lean on Ankara’s recent reinforcements to its observation posts in the area as it seeks to rein in the activity of hardline groups. Each side operates a ring of outposts along the frontlines, with Russia on the regime side and Turkey on the rebel. Through this ground presence, the two sides have been able to prevent any major military activity thus far as they continue negotiations over Idlib at Astana and Sochi.

It is understandable why Russia prefers this course. Despite occasional failures, the previous reconciliation agreements undoubtedly prevented far more intense violence. The departure of Russian military police from other areas has seen a predictable rise in depredations by regime forces, most recently in Homs, where local civilians rued the departure of North Caucasian servicemen on Oct. 30 and expressed concern about the return of pro-government militiamen. The situation in Idlib, meanwhile, remains tense, with regime bombardment escalating at the time of writing, leaving it unclear whether Russia will succeed in imposing control over this final de-escalation zone as it did with the others.