Moscow may be disillusioned with the new officials in Tehran 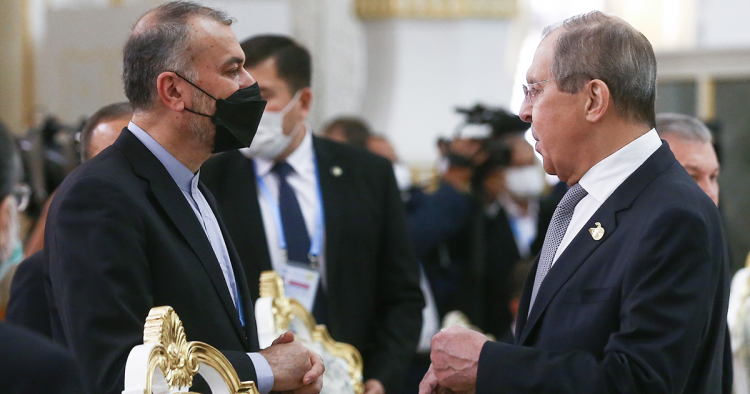 The new government of Iran, under President Ebrahim Raisi, still looks like a black box. It isn’t yet clear what policy the new officials in Tehran want to pursue in the nuclear negotiations — or even if they will negotiate at all. Hossein Amirabdollahian, Iran’s new foreign minister, shed some light on this darkness and said that “consultations are underway within the new Iranian government on how to continue the Vienna nuclear talks.”

It appears the “consultations” have reached a meaningful point and the replacement of key positions has begun in the foreign policy apparatus. As a first move, Ali Bagheri Kani, a conservative close to former top nuclear negotiator Saeed Jalili, replaced Abbas Araghchi, the political deputy foreign minister. The emerging new team in Tehran looks strange not only to the U.S. and Europe, but also to Russia.

During the Rouhani administration, Tehran and Moscow had cultivated close collaboration over multiple bilateral and multilateral issues, including the Joint Comprehensive Plan of Action (JCPOA), which was working well until its last moments. Part of this could be attributed to the 26-year friendship between Russian Foreign Minister Sergey Lavrov and Iranian Foreign Minister Mohammad Javad Zarif and part to President Hassan Rouhani’s pragmatism and long-standing role in the national security establishment.

The situation has changed, however, as Moscow must deal with new people in Tehran who haven’t been deeply involved before in Iran’s international affairs and key foreign policy issues. For example, the new head of the Atomic Energy Organization of Iran (AEOI) is not an expert in the nuclear field; unlike his predecessor, Ali Akbar Salehi, he lacks international and diplomatic experience. Even the new foreign minister has mostly served in the Foreign Ministry and doesn’t have a record of extensive, prolonged diplomatic missions.

From Moscow’s perspective, an inexperienced cadre could result in more inconsistency and unpredictability in diplomatic collaborations, especially as the new foreign policy team were critics of Rouhani’s foreign policy and nuclear negotiations and have political motivations to demonstrate different behavior abroad. Although the major policies of the Islamic Republic are determined by Supreme Leader Ayatollah Ali Khamenei and the Supreme National Security Council, the composition and political orientation of the government are equally important. (For example, the supreme leader assigned Ali Larijani, former speaker of parliament, as a special envoy to conclude the 25-year Iran-China deal, due to the reluctance of the Rouhani government.)

Russia preemptively sent its first cautionary signal to the Raisi government to not pursue nuclear brinkmanship without being prepared for meaningful engagement with JCPOA parties and the International Atomic Energy Agency (IAEA). According to Kommersant, a Russian newspaper, Russia played an “important mediator role” in the recent visit of IAEA Director-General Rafael Grossi to Tehran and “reaching agreements,” though minor, between the two sides. As a result of Russian diplomatic endeavors, apparently after “good and productive” discussions with U.S. Special Envoy for Iran Rob Malley in Moscow, Western powers refused to push for a resolution “criticizing Iran” at the meeting of the IAEA’s Board of Governors. In an interview with a Persian language broadcaster, Mikhail Ulyanov, the Russian envoy to the IAEA, emphasized Russia’s “important role” in this “collective effort,” but declined to provide more details.

Meanwhile, Ulyanov has pointed out that, “The negotiations should resume not from scratch but from the point reached by June 20.” Russia warned Iran’s new conservative officials that the more they push the nuclear program into the shadows, the less room there is for Russian diplomatic maneuvers in favor of Tehran and supporting the Iranian “rightful” stance for sanctions relief. In other words, Russian President Vladimir Putin prevented Raisi from facing a contentious atmosphere in the IAEA in the early days of his presidency; nevertheless, diplomatic constraints won’t let Russia maintain this stance indefinitely. While arranging Grossi's visit to Iran, for example, Israeli Foreign Minister Yair Lapid said in Moscow that, “The world needs to stop Iran from getting nuclear capabilities, no matter the price,” adding that “If the world doesn’t do it, Israel reserves the right to act.”

Iran must consider the Russian “rules of the game”

Russian diplomacy tends to balance divergent international expectations from Moscow over Iran’s nuclear program, primarily to avoid being accused of supporting “weaponized” and “covert” Iranian nuclear activities. After the U.S. pulled out of the JCPOA in 2018, Putin encouraged “Iran to remain a party to this treaty despite everything.” In turn, the Islamic Republic refrained from reciprocal action against the Trump administration and adopted a sensible strategy of diminishing its obligations gradually, step by step. At the same time, it embarked on an active diplomatic campaign to assure the parties and the world community that Tehran is moving within the “provisions” of the JCPOA. Unlike his leaked private views of Russia’s “subversive role” in the nuclear negotiations in 2015 and afterward, Zarif regularly appeared in Moscow to check the vital signs of the nuclear deal.

Zarif also had to handle domestic “stonewalling” from hardline political figures. After winning the parliamentary elections in February 2020, the conservatives passed a law in December 2020 called the “Strategic Action Plan to Lift Sanctions and Protect the Iranian Nation’s Interests,” requiring the Rouhani government to “break” the JCPOA nuclear restrictions substantially. Rouhani enforced the provisions of the law unwillingly. However, Russia didn’t respond with pessimism and saw the new measures as “reversible.” The logic behind Russia’s hopeful reaction was Rouhani’s enthusiasm for engagement policy and the probable revival of the JCPOA through renewed negotiations with the Biden administration.

Although the current government in Tehran doesn’t reject the negotiations, it is pessimistic, disillusioned, and unincentivized; it sees the talks during the Rouhani government as a “curbing” force of the nuclear program, missile program, and regional influence of Iran, instead of as a tool for sanctions relief. This could lead the current Iranian administration to take a stubborn and aggressive approach in future negotiations or to further weaken the IAEA’s verification and monitoring functions in Iran.

Recent evidence suggests that the Raisi government sees the negotiation table neither as a goal in itself nor as a tool for sanctions relief. President Raisi and Foreign Minister Amirabdollahian have conditioned Iran’s return to the talks on the lifting of all sanctions as a predetermined outcome. Tehran doesn’t want to engage in negotiations to see to what extent it can succeed in obtaining sanctions relief. This is a new standard that could disappoint all parties of the JCPOA, including Russia. From Moscow’s point of view, Iran should forget the Trump’s “maximum pressure” campaign and view the Vienna talks as a new platform for engagement without any preconditions. In other words, Moscow encourages Tehran to seize every opportunity for sanctions relief and also to note that the JCPOA is not all about the U.S. and Iran. “This is the view of themselves [Russians],” a member of Iran’s Parliament National Security and Foreign Policy Commission maintained.

Viewing the new Raisi government as a true and trustworthy representative of Supreme Leader Khamenei, Russia will still await Iran’s final policy on the nuclear negotiations. At the same time, however, it will try to affect the calculus of policymakers in Tehran and make it clear what the Russian stance is today. Notwithstanding, Tehran cannot delay indefinitely, as the “U.S. would impose additional sanctions on Iran if talks don't resume soon.” Moscow would then be compelled to show greater alignment with the U.S. and other Western powers.

Fardin Eftekhari is a PhD candidate in the Department of Regional Studies at the University of Tehran. He also has an MA in International Relations from Shahid Beheshti University in Tehran. Fardin's work focuses on Iranian national security and foreign policymaking. You can follow him on Twitter @EftekhariFardin. The opinions expressed in this piece are his own.