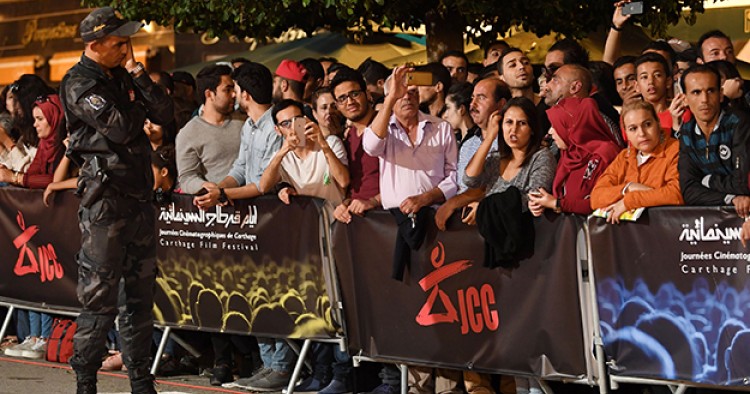 Returning to Tunisia for the first time in six years after facing charges of blasphemy for the making of “Laicite Inshallah,” her 2011 film about religious hypocrisy and government complicity with Islamist elements during and after President Zine El Abidine Ben Ali’s regime, veteran filmmaker Nadia el-Fani experienced an emotional moment.

Standing on the stage at the Carthage Film Festival’s November 2017 screening of her film, “It Doesn’t Even Hurt,” which depicts her simultaneous battles with breast cancer and death threats from Islamist extremists, she began to weep.

With her films banned by the state, and violent threats still looming, it was the first time she’d been back to her homeland or even seen her father, one of the founders of the Tunisian Communist Party, since being targeted by Islamists in the wake of the 2011 revolution.

“You could hear a pin drop during the screening,” Fani relates from her Paris studio. The largely young audience loved her film, despite having come of age long after the release of her acclaimed 1994  (short) film, “50/50 Mon Amour,” about a young Tunisian woman’s emotional tug of war between Paris and Tunis, or her brave 2003 anti-Ben Ali sci-fi thriller “Bedwin Hacker.”

And then something even more unexpected happened. “All these young women wearing hijab came to take selfies with me, saying how much they admired my courage and that this (the violent threats issued against her by Islamists) is not Islam.”

Fani was pleased that one of the central tenets of both films—the distinction between Islam and Islamism—had gotten through to Tunisia’s younger generation. It is a message, she says, that even French audiences have a hard time grasping. “Just because I speak out against Islamism,” says the 58-year-old mother and filmmaker, “does not mean I’m against Muslims.”

“I don’t care what you believe, or what religion you follow,” says the self-professed atheist. “What I care about is the separation between religion and state.”

But Fani’s message was lost in the chaos and political opportunism that followed Tunisia’s political “spring,” when the debut of “Laicite Inshallah” coincided with the empowerment of Islamist parties like Ennahda.

After screening the film in Tunis in April 2011 and publicly declaring her atheism during a television interview, she received death threats via social media with an offer of 200 million dinars for her head. Once a tool of the revolution, Facebook became a vehicle for ferociously misogynist depictions of her as a pig and even as the devil. Menacing calls threatening Fani and her daughter at her Paris home forced her to change apartments, and old friends and colleagues quickly dropped contact with her.

Ennahda leader Rached Ghannouchi, who admitted to never having seen the film, publicly condemned her in the run up the 2012 elections, and soon six criminal complaints—all variations on blasphemy and insulting Islam—were leveled against her.

“It became increasingly absurd,” relates Fani. “Even left wing progressives accused me and my film of destroying their chances in the 2012 election.”

Throughout this period, she received virtually no police protection in either France or Tunisia, even after Salafists ran amok at a June 2011 screening of “Laicite Inshallah,” held as part of a conference supporting artists attacked by Islamists, that ultimately wrecked the venerable Cinema Afrique and injured its manager.

This challenging period also coincide with her own, much more private battle with breast cancer. But she met both challenges head-on, saying, “I was driven by love.” In spite of what she endured, Fani’s affection for her troubled homeland comes through in spades.

The creative fruit of her ordeal was a new film, “It Doesn’t Even Hurt,” which detailed her experience making “Laicite Inshallah” and dealing with breast cancer, diagnosed just as the revolution began in January 2011. The new film, which debuted internationally and won awards in 2013 at FESPACO, Africa’s largest film festival, is a moving, disturbing, lyrical and ultimately triumphant narrative of both her personal struggle and that of Tunisia.

A kind of Tunisian filmic take on Susan Sontag’s “Illness as Metaphor,” the film opens with scenes of errant fasters during Ramadan in 2010. A meditation on the nature of metastasizing cells—both cancerous and extremist—follows, accompanied by scenes from the early days of the revolution, with protestors chanting the slogan “Freedom, Democracy and Secularism!”

The film also depicts harrowing street scenes between Islamist men at an anti-secularist rally threatening to cut off people’s heads, and young progressives shouting back across the narrow divide, “We aren’t afraid of you.” Equally compelling footage shows the violent aftermath of a trial in which Nessma TV broadcaster Zyed Krichen was charged with blasphemy for having allowed Marjane Satrapi’s “Persepolis,” which depicts a child drawing an image of God, to be televised.

This was a time, recounts Fani of the revolution’s aftermath, when “people took to the streets to fight for their rights. They did not sit back passively in the face of erosion of civil liberties, women’s rights and freedoms.”

In spite of recent protests marking the 7th anniversary of Tunisia’s Jasmine Revolution, Fani feels that compared to the political passion of the first few post-revolutionary years, a kind of ennui has set in. “The people now,” she says, “are just fed up with the whole situation.” It’s a situation, she says, where the old guard elite—including 91-year-old President Beji Caid Essebsi, who held important posts under Presidents Habib Bourguiba and Zine El Abidine Ben Ali—have joined forces with the Islamists, using religion as a means of maintaining the status quo.

Under Bourguiba, who led the country from independence until 1987, she explains, religious parties were forbidden and had to operate clandestinely. Ben Ali used religion as a tool of the state, while keeping up appearances as a secularist.

But it was the revolution, she maintains, that legitimized religious parties, something she sees as a “total contradiction and betrayal of the revolution.” In “It Doesn’t Even Hurt,” she alludes to Islamism as a new kind of dictatorship.

Despite the large turnout at her triumphant homecoming in November 2017, there was no Tunisian press coverage of the film. “People are still afraid,” she says.

In spite of her ordeal, Fani emerged victorious. In 2014, Article 6 of the Tunisian constitution was formally adopted, enshrining freedom of conscience. While previously the constitution had only guaranteed freedom of religion, Tunisia is now the only Muslim-majority country, says Fani, “where atheism is not illegal and where no one has the right to call you an apostate.”

Fani even received an apology from an Islamist-turned-atheist on Facebook, who sent her a private message last year seeking forgiveness for having led the social media hate-campaign against her as a young Salafist teenager.

But Fani’s victories remain pyrrhic. In spite of her ongoing love for her homeland, she has decided to remain based in Paris, and not to return to Tunisia for “professional reasons.” The new regime made her last film production—a post-“It Doesn’t Even Hurt” feature—so difficult that she was forced to abandon it after “losing three years of my life.”

Her next project, a French production to be filmed in Paris, remains under wraps until shooting begins later this year. “I will say this,” reveals Fani, “unlike my usual penchant for optimism, this film will be a tragedy.”

One can only hope there will be a happier ending for Fani’s beloved homeland. But seven years after those heady moments of the Jasmine Spring, she says sadly, “the revolution has not yet been realized and the people’s struggle remains betrayed.”