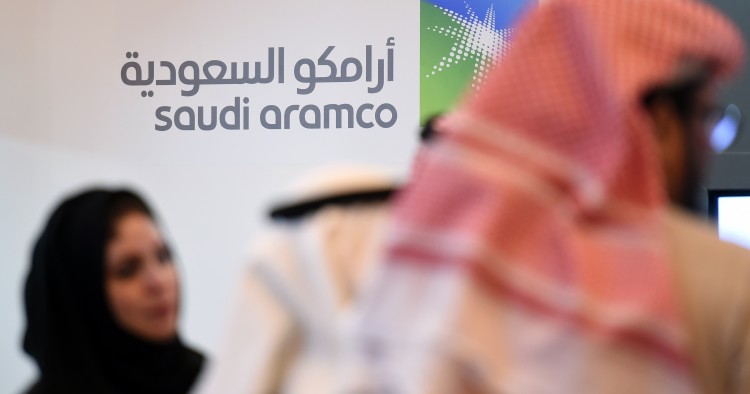 Saudi Arabia surprised the global oil and gas industry earlier this month by reshuffling its top two energy positions. Long-serving technocrat Khalid al-Falih was ousted as chair of Saudi Aramco one day and as head of the Ministry of Energy the next.

Yasir al-Rumayyan was announced as the new board chair, and will also continue to hold another key government position — CEO of the Public Investment Fund (PIF), the kingdom’s sovereign wealth fund. King Salman’s son, Abdulaziz bin Salman, was named the new energy minister.

As the Saudis offered no explanation for the decision to replace al-Falih, speculation was rampant. One theory why he lost the Saudi Aramco chair was that he failed to deliver anticipated results. Another was that the government wanted to reduce its role in Saudi Aramco ahead of a planned initial public offering (IPO). Still another was that he had had disagreements with Crown Prince Mohammad bin Salman (MbS), Saudi Arabia’s de facto ruler.

Al-Falih’s dismissal as energy minister discredits the notion that the government was moving to ease its grip on the Ministry of Energy ahead of the IPO, as the new minister is a member of the royal family.

Speculation that al-Falih was ousted as Saudi Aramco chair because he had failed to take steps to increase the price of oil to $80 a barrel — the break-even price for the Saudi economy — appeared to be off the mark as well. In fact, he played a key role in arranging the OPEC+ partnership with Russia in 2016 that preserved Saudi Arabia’s leadership of the cartel, but also boosted oil prices from $46 to $65. Savvy observers realize he cannot be blamed for oil prices failing to rise further. There are many reasons for that, including lower Asian demand and the Trump administration’s efforts to keep a lid on prices.

The most plausible explanation for al-Falih’s ouster now seems to revolve around the crown prince: Either al-Falih had disagreements with MbS, or the crown prince decided to put his own people in the top energy positions.

A flood of news about the long-awaited IPO followed the energy leadership shake-up. Saudi Aramco President and CEO Amin Nasser opened the floodgates by saying the public offering would take place “very soon.”

This was followed by reports that the Saudi stock market — the Tadawul — will handle the IPO. Having the New York or London exchanges in charge would lead to an increased risk of lawsuits under two U.S. laws. One is the Justice Against Sponsors of Terrorism Act (JASTA), which allowed lawsuits against Saudi Arabia relating to the 9/11 attacks to proceed by narrowing the scope of foreign sovereign immunity. Proposed legislation known as NOPEC would allow suits against countries that try to keep oil off the market to boost prices.

Reports suggest Saudi Aramco plans to sell its shares in increments — 1 percent this year and 1 percent next year, before a larger sale of around 5 percent at a later date.

MbS has reportedly asked wealthy Saudi families to acquire most of the IPO’s shares. This has been the case with previous public offerings of state-owned companies, such as the IPO of Saudi Arabian National Bank in 2014. The bottom line is that Saudi leaders, while wanting the money that IPOs bring in, are wary of too many shares falling into the hands of non-Saudis — because it means loss of control.

The IPO will also mean greater transparency because Saudi Aramco will have to follow international financial disclosure rules, as it did with its first bond sale this spring. The disclosure requirements have the potential to make the company more professional and transparent, but possible investors should realize that the government will continue to keep a tight rein on the company.

In fact, its grip has strengthened since the crown prince’s ascendency. The company is now governed by a Supreme Council that MbS chairs. Another sign that a tighter government grip is coming is that the new Saudi Aramco chair also heads the board of another important state institution, the PIF. Al-Falih’s ouster has also ended a long tradition of technocrats rather than royal family members running the Ministry of Energy.

This flurry of developments suggests that Saudi Aramco’s IPO is imminent. The country’s leaders have mitigated the risks by arranging for a local stock exchange to handle the offering and paving the way for most of the shares to go to Saudi companies or individuals.

The IPO’s success will hinge on investors’ assessment of the company’s value and where they think oil prices are headed. The Saudis have put the company’s value at $2 trillion, a figure that many industry experts consider greatly overvalued. Meanwhile, oil prices have been volatile over the past four years, and it’s anyone’s guess where they will go in the coming years.

The recent drone attacks on critical Saudi infrastructure present the first formidable challenge for the new leadership of the company. These attacks will doubtless have a negative impact on Saudi Aramco’s plans for an IPO. The vulnerability of critical Saudi Aramco infrastructure adds another layer of complexity to the already complicated public offering, undermining the trust of potential investors, which, in turn, will be reflected in the overall evaluation of the company.

Rauf Mammadov is resident scholar on energy policy at The Middle East Institute. He focuses on issues of energy security, global energy industry trends, as well as energy relations between the Middle East, Central Asia and South Caucasus.  The views expressed in this article are his own.