A new Turkey-Saudi crisis is brewing 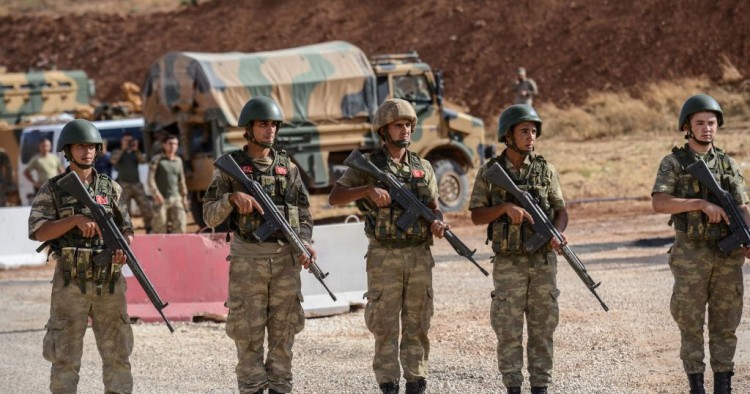 A new crisis is brewing between Saudi Arabia and Turkey, and this one is going to be much more severe and damaging than the dispute over the murder of Saudi journalist Jamal Khashoggi. The crisis concerns the People’s Protection Units (YPG), considered by Turkey to be the Syrian branch of the Kurdistan Workers’ Party (PKK) and thus a terrorist group and security threat. Turkey has grown so wary of the YPG’s presence that its primary objective now is to totally eradicate it from northern Syria: to this end Turkey has undertaken two major military incursions and is preparing for a third. Saudi Arabia, for its part, is now courting and developing stronger ties with this same YPG, and has been joined in its efforts by its two staunchest regional allies, the United Arab Emirates (UAE) and Egypt.

Turkey-Saudi Arabia relations had been as good as they could get in the 2000s. In 2010, the kingdom even gave Turkey’s then-prime minister, Recep Tayyip Erdogan, its most prestigious award, the King Faisal Prize for Service to Islam. Since the eruption of the Arab Spring, however, relations between the two countries have gradually, but systematically, deteriorated. Turkey’s enthusiastic embrace of the Arab Spring and its efforts to cultivate strong ties with Egypt under President Mohammed Morsi of the Muslim Brotherhood were viewed warily by the pro-status-quo Saudi Arabia. The Saudi rulers feared that the Arab Spring could embolden Islamists and other opposition groups at home and worried that the Brotherhood’s alleged pro-Iran sympathies could undermine the kingdom’s efforts to balance the Islamic Republic.

Yet, Saudi Arabia continued to have working relations with Turkey and even ventured into the Syrian quagmire to help topple the regime of Bashar al-Assad. Even though Saudi Arabia and Turkey took diametrically opposing stances on the military coup in Egypt in the summer of 2013, the two countries still continued to collaborate in Syria: for example, they helped the formation in April 2015 of Jaish al-Fatah, an alliance of Sunni Islamist rebel groups that scored critical victories against the regime in both the south and the north of the country in the following months.

Jaish al-Fatah’s victories, however, brought about Russia’s direct military intervention in Syria in September 2015, which decisively shifted the balance of power on the ground in favor of the regime. By intervening Russia changed the whole geopolitical calculus in Syria: Saudi Arabia lost its interest in toppling the Assad regime and Turkey turned its attention to the growing YPG presence in northern Syria.

The critical watershed moment in Turkey-Saudi Arabia relations really came in June 2017, when Saudi Arabia, joined by Egypt, the UAE, and Bahrain, severed their diplomatic ties with Qatar and took a number of punitive measures against the emirate, including imposing a total blockade. During this crisis Ankara clearly sided with Doha, sending food supplies to alleviate any shortages the blockade might cause and more critically deploying troops to Qatar. Turkey’s pro-Qatar stance was troubling for Saudi Arabia and its allies, and one of the demands they gave Qatar as a condition to end the crisis was the closure of the Turkish military base.

Saudi Arabia’s response was rapid. Just five days after the crisis erupted, a pro-government newspaper in Turkey, Yeni Şafak, reported that Saudi Arabia, Egypt, and the UAE held a meeting with the YPG. The photo published in the newspaper shows that the meeting was held in an office where a portrait of the founder of the PKK, Abdullah Ocalan, who is now serving a life sentence in prison in Turkey, was hanging on the wall.

There was more to come in the months that followed as well. In October 2017, for example, the Saudi minister for Gulf affairs, Thamer al-Sabhan, visited Raqqa under YPG control with Brett McGurk, the then US special envoy to the coalition against the Islamic State, to discuss the reconstruction of the city. Less than a year later, in August 2018, Saudi Arabia pledged $100 million for stabilization projects in the territories formerly held by ISIS but now under YPG control and made the payment in October 2018.

Beyond economic and financial relations, Saudi Arabia and its allies also seem to be interested in contributing militarily to the YPG. Reports of various meetings between the YPG and military officials from Saudi Arabia and its allies are circulating in the Turkish media. What will come out of these meetings remains to be seen. However, it is certain that Turkey is taking note of their efforts and the Turkish media is reporting on them. As a result anti-Saudi sentiment has become rampant in Turkey and is likely to spread wider and deeper in the near future. It is now no longer surprising to see pro-government columnists declaring Saudi Arabia and the UAE to be Turkey’s enemies.

2018 was a difficult year for Turkey-Saudi ties but things may get worse in 2019. If steps are not taken to address it, the current situation looks set to become a full-blown bilateral crisis.