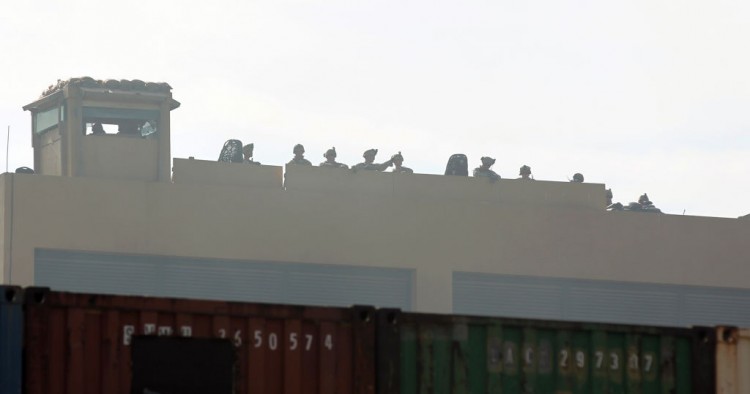 On Jan. 5, shortly after U.S. President Donald Trump authorized the targeted killing of the Iranian commander Qassem Suleimani on Iraqi soil, Iraqi Prime Minister Adil Abdul-Mahdi asked the parliament to take “urgent measures” to evict U.S. troops from his country. The next day, the parliament complied, passing a resolution to expel them, although it is nonbinding to the government. Shortly after, Iran launched 20 missiles at two military bases in Iraq that house U.S. troops. The move, meant to avenge Suleimani, makes the issue of the U.S. military presence in Iraq even more contentious in Baghdad.

As tensions intensified earlier in the week, Abdul-Mahdi felt that he had no choice but to call for urgent action. But privately, the prime minister likely wants the United States to stay, at least until a modicum of normalcy and stability in Iraq is achieved. He understands full well that, without U.S. involvement, the Islamic State has a good chance of coming back and Iran will be all the freer to exert control over his country.

Based on discussions with Iraqis both in Washington and inside the country, most Iraqis desire neither outcome. Despite their concerns about a continued U.S. military presence, many Iraqis we’ve spoken to see the United States as a benign balancing force against Iran’s nefarious influence. For that reason, it’s not unreasonable to assume that while the conversation among Iraqis about the U.S. troops will surely continue, the Iraqi government will take no definitive action anytime soon.

But assume for a moment that Iranian-allied forces are able to generate strong enough momentum in Baghdad that the expulsion of U.S. troops proceeds. As unlikely as such a scenario might be, it is worth planning for this contingency.

If Baghdad does push out U.S. forces, it will be throwing away a legacy of heavy sacrifice and historic achievements by both Americans and Iraqis.