An Obstacle to Riyadh’s Outreach to Baghdad: Iraqi Interior Minister’s Ties with I.R.G.C. 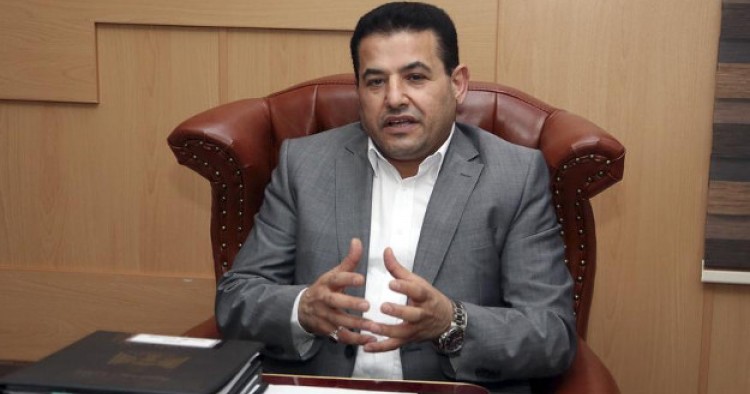 After a long period of disengagement, Saudi Arabia is improving its relations with the Iraqi government and Shiite leaders to challenge Iran’s long-established influence in the country. Riyadh has recently hosted several Iraqi leaders for talks, including Prime Minister Haider al-Abadi, Interior Minister Qasim Mohammad Jalal al-Araji, and Muqtada al-Sadr, a prominent Shiite cleric and politician.

The Saudi calculation is correct. By appealing to Iraqi nationalism and providing Iraqi Shiites with a viable alternative source of foreign investment, Riyadh reduces Baghdad’s reliance on Tehran and thereby gains influence in Iraqi affairs. However, there are formidable obstacles to this approach, as illustrated by the deep-rooted ties between al-Araji and the regime in Tehran. The Iraqi interior minister is also a senior member of the Iranian-backed Badr Organization.

According to Iraqi al-Ghadeer TV station, a mouthpiece of the Badr Organization, al-Araji was born in 1964 in the al-Kut city of Iraq’s Wasit Governorate. According to an Iraqi source who claims to have been a close friend of the Iraqi interior minister, al-Araji volunteered to fight on the front line against Iran in 1984, but was taken as a prisoner of war by the Iranian forces in Penjwin District, in Sulaymaniyah Governorate in northern Iraq, in the same year. He was in Iranian captivity until 1986 when he “joined the ranks of the Iraqi opposition” – a reference to the Badr Corps established by the Islamic Revolution Guards Corps (I.R.G.C.).

As a Badr Corps member, al-Araji did not return to his native Iraq after the end of the Iran-Iraq war in 1988 or during the P.O.W. exchange between the two countries, which was completed by 1990. He remained at a Badr Corps Base in Kermanshah Province in northwestern Iran.

As the Iraqi Shiites rebelled against the Ba’ath regime in March and April 1991, in the wake of the Kuwait war, al-Araji took advantage of the chaos in Iraq to cross the border and visit his family in al-Kut, but returned to Iran following the failure of the Shiite uprising.

Back in Iran, al-Araji and 400 other Iraqi members of the Badr Corps, attended the I.R.G.C.’s Operations Intelligence course and remained in military camps until the fall of United States led invasion of Iraq and collapse of the Ba’ath regime.

Al-Araji returned to Baghdad from Sulaymaniyah on April 11, 2003, but was arrested by the United States military forces in Kadhimiya, in northern Baghdad, on April 17, 2003. He was interned at Camp Bucca detention facility in Umm Qasr, Iraq, until his release on July 13, 2003.

Upon his release from the U.S. captivity, al-Araji was introduced to Hadi al-Amiri, Badr Organization’s chief, and soon advanced to serve as the head of the Security Committee of the Wasit Governorate Provincial Government Council in 2004. He participated in the 2005 election to the Wasit Governorate Council in 2005, and served as the head of the same committee, this time as an elected official.

However, al-Araji was arrested again by the United States military on January 1, 2007 and released again in December 2009. Since the arrest took place just before the January 11, 2007 U.S. military raid on the Iranian Liaison Office in Erbil, the capital of the Iraqi Kurdistan region, it is quite possible that the U.S. military in Iraq perceived al-Araji as an operative of the I.R.G.C.’s elite Quds Force. Farda News, for example, describes al-Araji as a “close friend” of Quds Force Commander Major General Qassem Soleimani. A website dedicated to Soleimani calls al-Araji “comrade in arms” of the Iranian general.

Upon his release, he ran for the Iraqi parliament as a Badr Organization member in the 2010 elections and won the highest personal votes in Wasit Governorate. Since January 29, 2017, al-Araji has served as Iraq’s interior minister.

While the overall Saudi policy of appealing to the Iraqi Shiites is correct, personal ties and network matter. The likes of al-Araji may find it very difficult to turn their back to individuals, networks and institutions which have secured their political career. This, however, does not mean Saudi outreach to other Iraqi nationalists will not pay dividends.