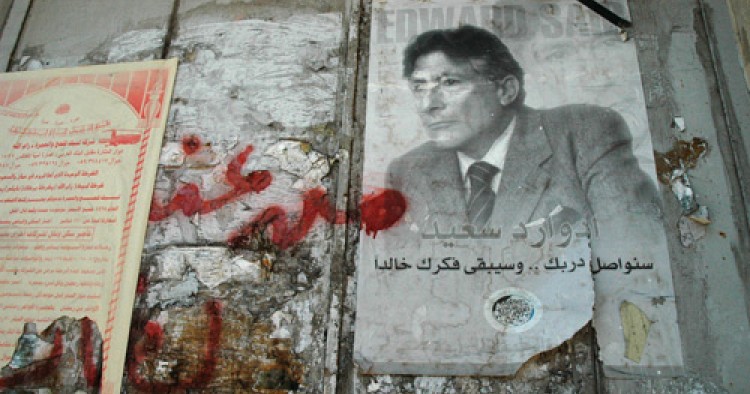 Edward W. Said’s widow, Mariam, tells me that his books are still selling well. The academic community has been transformed, and the field of literary criticism has been revolutionized as a result of his legacy. The Middle East Studies Association (MESA) has in recent years elected a series of presidents reflecting non-orientalist approaches. At the last MESA annual meeting in Washington, DC in November 2008 a plenary session was devoted to Said’s work. The large hall was packed.

Orientalism as I knew it from 1958 to 1979 exists no more. Young scholars with excellent knowledge of both classical and colloquial Arabic have mastered the social sciences, history, and the new literary criticism, giving their students the chance to study Middle East and North African realities and their pasts within the frameworks of vigorous disciplines. Arabic, Turkish, Farsi, and other languages have become tools for study rather than philological ends in themselves. Texts, once viewed as the key to a people’s geist, now share space in the curriculum with field research, oral history, and exciting new archeological findings. Many academics have criticized and challenged the civilizational approach to Islamic history as too general and inapplicable to a gigantic region extending from Morocco to Western China.

Yet, as Douglas Little in his book American Orientalism demonstrates, orientalist images still shape US foreign policy and mass attitudes towards Arabs and Muslims.[1] The octogenarian orientalist Bernard Lewis still writes best selling books that foster the ideas of “Muslim Rage” and “Clash of Civilizations,” cleverly feeding into the paranoia produced by real terrorist attacks and the 9/11 syndrome.[2] Hollywood and the media have joined in, intensifying the volume of terrorist images all about us. These sell at box offices and newspaper kiosks, and produce high ratings for TV stations and talk radio. If writers want to get published by a reputable press that might help sell their books, it pays to put the words jihad, terrorism, Hamas, Hizbullah, etc. in the title, ensuring both publication and sales in a time of economic crisis.

Thirty years after the publication of Orientalism, the same old stereotypes and clichés about Arabs and Muslims still predominate in mass culture. My undergraduate students at Brooklyn College over a period of nearly 40 years continued to call Arabs “towel-heads,” “camel jockeys,” “oversexed,” etc. on the first day of classes when I asked them to jot down the first ten things that came to their minds when I mentioned the word “Arab.” The field may have changed, but negative popular stereotypes have remained strong and public policy remains influenced by these mass images.

We now have an African-American President who won his election on the theme of change. Yet I wonder how much President Barack Obama’s administration will really be able to transform US Middle East policies. His speeches certainly strike the right chords, and he has begun to withdraw combat troops from Iraq. Yet, US strategic interests dictate that some estimated 45-50,000 American soldiers, mercenaries, or veterans in mufti remain indefinitely to continue training Iraqi soldiers and police officers, ensure oil pipeline security, and keep open four projected super-military bases consolidated from more than 100. With Iraq’s oil reserves second only to those of Saudi Arabia, I can’t imagine US forces entirely abandoning the country.

Then there are Afghanistan and Pakistan, countries whose terrain and history should discourage any foreign presence or occupation, as the now defunct Soviet Union woefully discovered in the 1980s. The growing strength of the Taliban and the opium trade upon which that movement thrives, bodes ill for the Afghan and Pakistani people and their US protectors. As the President adds more troops to those already fighting in Afghanistan, and if the US military continues to send Predator drones over tribal territories in Afghanistan and Pakistan, many more civilians will lose their lives and the backlash against the US presence in both countries will escalate. Unless serious efforts are made to end warlordism (the very core of the political system) surrounding the Afghan presidency, reduce generalized corruption that has seeped into all levels of government in Afghanistan and Pakistan, and create meaningful jobs for the masses of Afghan and Pakistani unemployed, few gains for the United States can be expected. Pakistan, which I visited in 1980 and 2004, is creeping close to failed state status, with a weak executive and secret military intelligence forces at times acting independently of most central controls, often at cross purposes with governmental and US policies. Given the generalized worldwide economic crisis, the temptation of the US to stress military solutions rather than development, may in the end lead to stalemate and great losses.

The Palestinian-Israeli crisis, a major preoccupation of Said’s, looms as another foreboding policy area facing the new President. Divisions within the Palestinian Hamas movement between hardliners living in Syria and those within Gaza who suffered dramatically from Israel’s last invasion may present possibilities for fruitful negotiations with elements who might be willing to talk to US interlocutors. But the popular image of Hamas (portrayed by Israeli and US spokespeople) as uniformly hard-line and out only to destroy Israel make negotiations over long-term solutions difficult, if not impossible. Without engaging Hamas, however, any settlements reached between the US and Israel and the Palestinian Authority will be tenuous and short-lived. Hamas is increasingly implanting itself in the West Bank, and as the stalemate continues, their influence can only grow. Said rejected the Oslo solution of creating two states, dismissing a projected unarmed Palestinian state as no more than a Bantustan reminiscent of apartheid South Africa. Any such state seems too fragile to last, challenged as it would be by Israel and Hamas.

Crisis also looms with Iran. President Obama has been conciliatory despite charges of election fraud there, but the US still views a nuclearized Iran as an imminent danger. Vice President Joseph Biden’s “green light” to Israel signaling its right to take out Iranian nuclear facilities may be just posturing to put more pressure on Tehran to stop enriching uranium, but the genie is now out of the bottle, awaiting the right crisis for action. In April 2009, the TV station al-Arabia, beamed into Rabat where I now live had an Iranian spokesperson tell a wide Arab audience that if Israel attacks Iran, it cannot by itself know where to strike and Iran is ready with new weapons to retaliate instantly if any bombardment takes place. We have seen that Iran has supplied Hamas and the Lebanese Hizbullah with a considerable number of missiles, which these proxies have fired into Israel. Longer range missiles, perhaps now in place in mountainous storerooms in Lebanon and tunnels in Gaza could probably hit Tel Aviv and West Jerusalem, causing greater destruction than Israel has yet experienced.

The Middle East tinderbox is aflame anew, and a new generation is growing up there more frustrated with their lives than ever. They, too, have their stereotypes (of the West) and have adopted forms of Arab Orientalism whereby they internalize through satellite TV, cyber space, and mass market magazines and newspapers some of the negative images of themselves portrayed abroad. Living mostly under dictatorships, they seldom can express themselves freely and must internalize their depression and frustrations with narrow choices, closed overseas frontiers, and rigid, overcrowded educational systems giving rare opportunities for second chances. The globalization of desires and access to new stunning real and virtual worlds in cyber space only stymie young people who increasingly feel closed in with few choices. The schizoid nature of reality — daily routines filled with frustration and debt juxtaposed with the cyber world filled with Hollywood-like images of wealth and luxury — clash with on-the-ground realities and intensify depression. Extremes can only flourish under such circumstances.

Edward Said may have downplayed the effect of terrorism in shaping governmental policies and mass phobias. Yet he would understand all too well how, since the September 11, 2001 terrorist attacks, the US government has effectively molded its foreign and domestic policy around a new paradigm of anti-terrorism as powerful as the “Cold War,” allowing it to infringe on citizens’ rights and use torture on terrorist suspects in the name of heightened security. If alive, Edward would probably be joining the battle in the United States to preserve what remains of the embattled Constitution while trying to convince the Obama administration of the futility of a two-state solution under present Middle Eastern conditions. The President, however, seems so vested in that policy, that such critics as Said would have little chance of influencing the reshaping of the administration’s fragile two-state strategy.

[2]. See Bernard Lewis’ “The Roots of Muslim Rage,” Atlantic Monthly (September 1990). Samuel P. Huntington borrowed Lewis’ image and wrote the best-selling book, Clash of Civilizations and the Remaking of World Order (New York: Simon & Schuster, 1998) to explain the new paradigm of world politics (the West versus the Islamic world) after the end of the Cold War. In 2005 Lewis published The Crisis of Islam: Holy War and Unholy Terror (Modern Library).