Peace-Building through Health in the Israeli-Palestinian Conflict: The Six-Year Experience of Healing Across the Divides 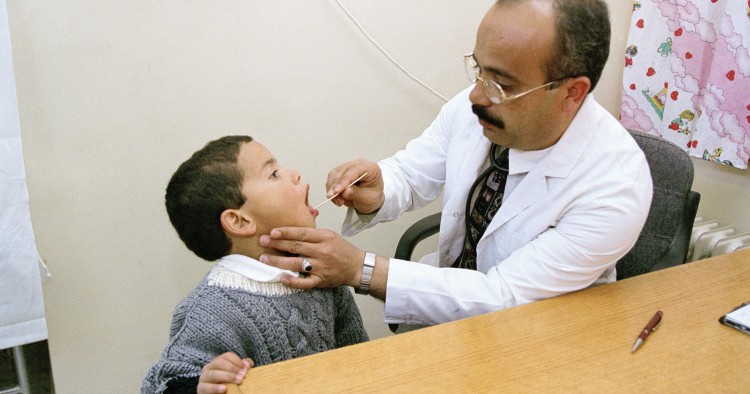 Approximately six months ago, I asked an astute long-time American observer of the Israeli-Palestinian conflict whether we had come to the end of the road for a two-state solution. He replied that we had come to the end of that road in 1967. Putting it differently, Zhou Enlai, the premier of the People’s Republic of China under Mao Zedong, when asked what he thought of the French Revolution, reportedly replied that it was too early to tell.

Despite these challenges, it is certain that groups and individuals throughout the world will continue to pursue peace and attempt to resolve conflicts in new and innovative ways even when, as in the case of the Israeli-Palestinian conflict, there may be no apparent way forward. In the face of this bleak outlook, US-based not-for-profit Healing Across the Divides takes a bottom-up approach to the Israeli-Palestinian conflict and provides grants that will have the following effects:

According to a recent meeting at the United States Institute of Peace, peace-building through health can produce “an environment that increases people’s investment in peace and can reduce, if not relieve, tensions that contribute to conflict.”[1] Developed by health professionals working at the World Health Organization in the 1990s, peace-building through health advocates have developed a number of intervention “tools,” including:

In brief, Healing Across the Divides has attempted to strengthen communities via grants and the communication of knowledge. That is, we provide technical advice to CBOs pertaining to outcomes evaluation on approaches to community-based health improvement. We have also attempted to personalize the “enemy” by inviting both Palestinian and Jewish grantees to the United States. They speak before diverse groups across the entire political spectrum of the Israeli-Palestinian conflict. In addition, groups we have funded, which traditionally have not worked together and are from different ethnic groups, have begun to work together (e.g., a CBO representing Ethiopian Jews and another working with Israeli Arabs).

The June 30, 2011 issue of The Economist published an article with the following headline: “Privatising peace: Governments are increasingly handing over the early stages of conflict resolution to independent organizations.”[2] While the article in The Economist went on to detail the increasing role of private non-governmental organizations (NGOs), the reality is that the resources that these private organizations can command is paltry compared to funding from governments. Thus, without European and American subsidies, the Palestine Authority would cease to exist, while the American government’s foreign aid budget to Israel is the largest to any country in the world.

The Economist article also highlights the nimble and non-bureaucratic ability of NGOs to facilitate change such as improvement in the health of women. While we do not bring to bear even a fraction of the resources that a government does, NGOs such as Healing Across the Divides can fund pilot programs which, if successful, could constitute the seeds of system-wide change. Healing Across the Divides has funded a number of pilot programs for community-based organizations both in Israel and the West Bank.

A Sampling of Project Initiatives Healing Across the Divides

Healing Across the Divides has provided extensive training to community-based groups on both sides of the Green Line on evaluation of health care interventions, quality improvement techniques, and organizational capacity building. In peer-reviewed publications and at conferences, community-based organizations partially funded by Healing Across the Divides have documented health disparities and programmatic impacts on the health of Palestinian diabetics, Orthodox Jewish women, and Palestinian women in the West Bank.[3]

We have supported approximately 15 community-based organizations, including the following:

Given the fact that foundations have had a significant role on both sides of the Israeli-Palestinian conflict, we have tried to encourage policy engagement and financial partnership with foundations — wherever they might be and whatever their political inclinations. Thus far, we have worked collaboratively with two Israeli and one American Jewish Federation Foundations (city-wide Jewish organizations that fund projects both in the city in which the Federation is based and beyond).

Most recently, we collaborated with an American foundation to combine scientific engagement with significantly more resources to fund both Jewish and Arab women’s groups in Israel. The womens’ groups we will be funding include an Israeli-Arab women’s group that is focused on improving women’s health in the largest and very impoverished Bedouin town in Israel (Rahat); a joint Israeli-Jewish and Arab effort between community-based groups representing low-income physically handicapped women; and an Ethiopian Jewish effort to improve sex education among low-income female Ethiopian teenagers.

Healing Across the Divides is not a humanitarian organization. We have profound respect for organizations that perform this service, particularly for the large number of impoverished people living in the West Bank and Gaza and the increasing number of marginalized people in Israel. Our objective, however, is to promote, at a minimum, measureable individual health improvement which, while sounding humanitarian, is not; we insist that this be accomplished in a community context. The community-based grantees on both sides of the divide have had an impact on the lives of thousands of marginalized Palestinians and Jews. In addition, we aim for system-wide change; we seek societal change, such as improved care for breast cancer and diabetes at the national level.

We hope that CBOs will impact their own societies and beyond, such as the recent political alliance between an Ethiopian and an Israeli-Arab organization that we funded, which focuses on health rights issues. Hopefully, a similar alliance will be forged between Israeli and Palestinian politicians and eventually between community-based groups on both sides of the divide. In the words of Benjamin Disraeli, “Successful politics is always the art of the possible. It is no less true, however, that the possible is often achieved only by reaching out towards the impossible which lies beyond it.”