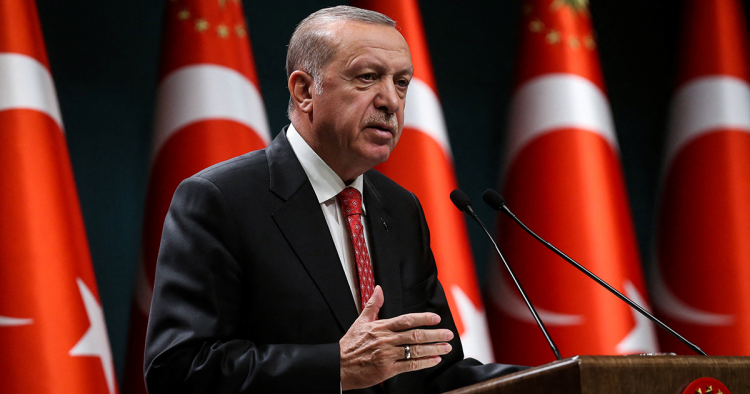 Turkish President Recep Tayyip Erdoğan long believed that establishing one-man rule would end all his headaches. Instead, the system he created has only caused him more trouble. So great is Erdoğan’s remorse that he is now said to be thinking of amending the executive presidency to strengthen the role of parliament.

Transforming the country’s parliamentary system into a heavily centralized presidential system without any meaningful checks and balances has been a long-time goal for Erdoğan. But the Turkish public was never too enthusiastic. To sell his plan, Erdoğan said that an executive presidency was needed to solve the country’s problems in a more efficient way. In 2017, enough Turkish voters agreed and the constitutional changes to transform the system were narrowly approved, giving Erdoğan sweeping new executive powers in the elections held a year later. Since then, from the economy and landscape to the arts and sports, he controls everything. Despite the unlimited and unchecked power Erdoğan now wields, he is at his most vulnerable. Support for the presidential system has dropped to 34%, Erdoğan’s ratings have hit record lows, and the combined support for the ruling Justice and Development Party (AKP) and its hard-right ally the Nationalist Action Party (MHP) is well below the 50% mark needed to win elections in the new system.

The concentration of power in one man’s hands is to blame for the country’s ills and Erdoğan’s sagging popularity. The presidential system Erdoğan established in a bid to increase his power has only made him weaker. Under the parliamentary system, he was able to form single party governments with much less than the 50% plus 1 that is now necessary to win in the current system. With polls showing support for the AKP and MHP at unprecedented lows, it is becoming increasingly difficult for Erdoğan to maintain his majority.

The presidential system had another unintended impact on Erdoğan’s rule. He has always been blessed with a divided opposition, but the new system has forced the opposition to unite. They are still split among Turkish and Kurdish nationalists, secularists, and Islamists, but their rejection of the executive presidency has created common ground. Thanks to a new law allowing electoral alliances, the secularist Republican People’s Party (CHP), the nationalist Good (Iyi) Party, the Islamist Felicity Party, and the right-wing Democrat Party decided to put their differences aside and form a united front, the Nation Alliance, ahead of the 2018 presidential and parliamentary elections. Two AKP breakaway parties, the Democracy and Progress Party and the Future Party, are now expected to join the Nation Alliance. The pro-Kurdish Peoples’ Democratic Party (HDP) was not included in the alliance, but in the 2019 local elections the party asked its supporters to vote for the united opposition anyway. Their victory in the local elections proved to the opposition parties that if they join forces, they can beat Erdoğan.

The hollowing out of institutions

There are other reasons the presidential system has proved disappointing for the strong man as well. Erdoğan had promised that the new system would allow him to respond to crises faster and resolve the country’s problems more efficiently. Nothing of the sort has happened. A mountain of problems now constantly requires the attention of an exhausted Erdoğan, who regularly fails to address them. Many of them are urgent. This summer, Erdoğan faced criticism due to the government’s poor response and inadequate preparedness for large-scale wildfires. The government admitted that a lack of usable firefighting aircraft was part of the problem. But the real problem lies elsewhere. Under Erdoğan’s one-man rule, institutions have been hollowed out. Never truly meritocratic, the centralization of clientelism and patronage rendered the system all the more inefficient. Capable and experienced people have been replaced with Erdoğan loyalists, inept bureaucrats are scared to take action, and everyone waits for orders from the top, making Turkish bureaucracy paralyzed in the face of a crisis. An aviation association with years of experience putting out wildfires is a case in point. The Turkish Aeronautical Association (THK) is one of the country’s oldest institutions. It was established as a non-profit organization by the country’s founding father, Mustafa Kemal Atatürk, in 1925. In 2019, the government took control of THK, put Erdoğan loyalists in charge, fired its pilots, and sold its planes. When wildfires broke out this summer, ravaging the country, residents, volunteers, and local municipalities tried to tackle the problem themselves. Ministers who came to the scene looked desperate, unable to take the initiative to assure the public that the government was doing its best to put out the fires. Similar problems have spread throughout Turkey’s key institutions, crippling them at an alarming speed, all since the country switched to a presidential system.

Problems at home, problems in the world

Some of the biggest problems with Erdoğan’s personalization of power involve the economy. The country’s economic woes are serious and continue to grow. Far from becoming one of the world’s 10 largest economies by 2023, as Erdoğan promised, Turkey is now out of the top 20. Double-digit inflation, increasing unemployment, and rising consumer prices have made life unbearable for millions. Erdoğan’s erratic and heavy-handed leadership is largely to blame. His decision to abruptly fire three central bank governors in the last two and a half years has roiled the lira and spooked investors, who are worried about his firm control over monetary policy. More paranoid than ever, he has surrounded himself with yes-men and oddballs, leaving his eccentric views, such as that high interest rates are the cause of inflation, rather than a cure, unchecked.

Making policy based on one man’s whims has had devastating implications for the country’s foreign policy as well. Erdoğan sidelined institutions such as the National Security Council and the Ministry of Foreign Affairs, which once played important roles in foreign policy making. Even if the ministry was not deliberately sidelined, it would have struggled to play the role it once did. It lost its technocratic depth and institutional memory and was staffed with inexperienced loyalists. The result is a confused Turkish foreign policy dictated by Erdoğan’s whims. Turkish people are now paying the price. Erdoğan’s missteps have strained ties with Turkey’s most important European trading partners, subjected the country to U.S. sanctions, cost taxpayers billions of dollars in lost contracts, and even led to economic retaliation from Russia, a country with which Erdoğan has cultivated close ties.

The country’s problems are mounting and Erdoğan looks increasingly incapable of addressing them. Even his supporters complain that the presidential system has made things worse. In the past, they would ask members of parliament to solve their problems, but under the new system, parliament is weak and even AKP MPs have little access to Erdoğan. Growing public frustration with presidentialism has become a unifying force for the opposition. It is pushing for a return to a revised parliamentary system, and representatives of the opposition parties recently started working on a joint road map. By contrast, Erdoğan seems like a man without a plan. He established the presidential system to secure more power, but instead it appears to have rendered him even more powerless.

Gönül Tol is the founding director of MEI’s Turkey program and a senior fellow with the Frontier Europe Initiative.

Seren Selvin Korkmaz is a non-resident scholar with MEI's Turkey program, the executive director of the IstanPol Institute in Istanbul, and a doctoral researcher at the Stockholm University Institute for Turkish Studies.