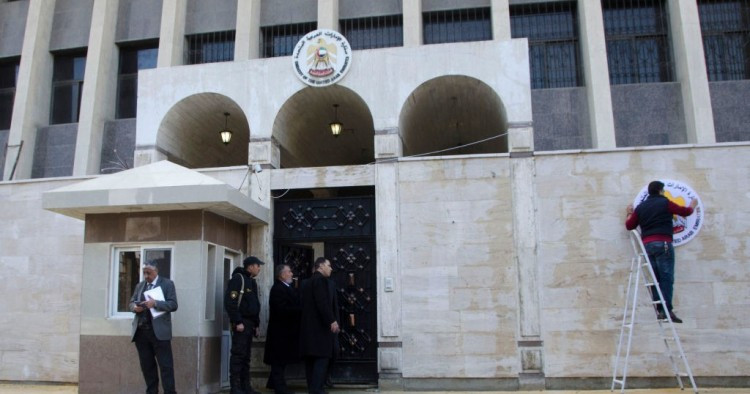 The recent push by a number of Arab states to normalize relations with the Assad regime is based on the false premise that the war is over and it is necessary to restore ties to lobby Damascus to change its relationship with Iran. Other regional dynamics are also a factor: The UAE, for example, sees it as a necessary balance against what it perceives as adversarial actions by Turkey with the Syrian jihadist group Hayat Tahrir al-Sham (HTS) in Idlib. Yet these rationales for rehabilitating the Assad regime are completely fallacious. The downsides and policy consequences will not only affect Arab states, but will also harm American interests, making it difficult for the U.S. to fully pivot to address the rising threat from China.

As the Assad regime’s closest allies, Russia and Iran have supported Hafez and Bashar al-Assad through various periods of isolation. In the case of Bashar, they supported his bid to remain in power in the face of mass mobilization against his rule. Bashar owes his survival to Russia, Iran, and the latter’s proxy network. Even if they normalize relations, why would Assad trust any of the Arab states, given that many of them in the Gulf were ruthlessly opposed to him during the war? How will engaging with Assad remove Iran from Syria when Tehran helps control many levers of the state and territory in different parts of the country? Nor will normalization affect the dynamics in Idlib with HTS since Turkey is the main player there. Normalization would only give the Assad regime false legitimacy and a propaganda victory to maintain the status quo. As 50 years of evidence makes clear, this regime does not change its behavior based on outside diplomacy. Even at its weakest points during the civil war, Assad remained true to his raison d’etre: staying in power at any cost.

Engaging with the Assad regime will further erode international norms. The chemical weapons red line deal in 2013 was a failure and the regime subsequently carried out hundreds of more such attacks. Even in more recent cases of crimes against humanity in Serbia, Rwanda, and Darfur there has been some semblance of pursuit of accountability and justice, however flawed the process has been. Any form of normalization will undermine the potential of bringing the regime to justice for its ongoing genocide. Assad will be further emboldened to continue using chemical weapons, barrel bombs, and all means possible against Syrian civilians to suppress domestic calls for freedom and democracy. Arab states will also be complicit in likely future abuses in Syria since their financial support will certainly fuel other atrocities. The undermining of international norms could even in turn justify domestic abuses by these Arab states simply because Assad got away with it.

If Arab states legitimize Assad, his regime will start a pressure campaign to push the United States out of Syria. His allies, along with constituencies in the U.S. opposed to so-called “forever wars,” will exploit this alleged “victory” of a regime that doesn’t control all of Syrian territory, let alone have sovereignty over most of its borders. This playbook has already been used in Iraq, but unlike Iraq, Washington does not have the same relationship and dynamic with Damascus.

In line with this playbook, Iran and its proxy network in eastern Syria will likely begin firing rockets toward American bases and foment instability in areas where the Syrian Democratic Forces (SDF) operate on the opposite side of the Euphrates River. Without Washington’s assistance, the SDF will not only face a barrage of Shi’a militias in the east, but also further Turkish-backed forces from the north. Both scenarios would likely embolden ISIS recruitment as a result of a permissive environment in which Iran is occupying Deir ez-Zor or Turkish-backed forces maintain a weak presence. After the U.S. withdrew from Iraq in 2010, a breakdown in security occurred in areas where ISIS operated in the country (2012-14), illustrating the short-sighted nature of this move. In the end, this forced Washington to once again deploy against a much stronger foe than the one it left only a few years earlier.

Syria is a regional power testing ground for Russia and Iran. Russia has used Syria to expand its relations with the Gulf states, Egypt, and Libya. While the U.S. flip-flops depending on the administration or domestic dynamics, Russia stands behind its allies. Iran, too, has emboldened its regional proxy network strategy by strengthening Lebanese Hezbollah through new skill sets acquired in the Syrian theater, tightening its grip on Lebanon and expanding its presence in Iraq and Yemen — undermining security in those areas. Since Iran is a revolutionary state, handing Assad the present of normalization will only make Tehran believe that it controls regional politics, putting American allies in various Arab states, especially in the Gulf, on the defensive with little recourse. In fact, Bashar al-Assad has directly and publicly stated that Iran’s supreme leader, Ayatollah Ali Khamenei, is “the leader of the Arab world.” It is plausible too that with pressure relieved from Syria and potential sanctions relief from an American return to the Joint Comprehensive Plan of Action, Iran could pursue more destabilizing activities in Bahrain and Saudi Arabia with its Shi’a militias and allies there. Iran seems to have won the 42-year war with Saudi Arabia since it is the strongest regional actor today and encircles its various enemies. Going forward, this could empower Russia and Iran to dictate the regional agenda while leaving the U.S. with little leverage to pursue dynamics that better fit its interests or those of its Arab allies.

Israel in the spotlight

The past month in Israel and Palestine is a perfect encapsulation of what happens when the United States disengages from the region. Even if Washington wants to focus on China in a more forceful manner, conflicts in the Middle East will continue to pull the U.S. in whether it likes it or not. Israel remains one of Washington’s closest allies and the recipient of billions of dollars in aid annually. Whenever there is an explosion of violence between Israelis and Palestinians, domestic constituencies and allies in the region will prod whichever administration is in power to take action. In addition, with normalization with the Assad regime, the cause célèbre of Syria within the Arab world will likely waver, meaning there will be more space for — and focus on — activism on Palestine. Therefore, states that recently signed the Abraham Accords will likely have to deal with greater domestic pressures due to the continued resonance of the Palestinian cause, as we have seen previously with the cold peaces with Egypt and Jordan. Indirectly, normalization with the Assad regime could result in greater mobilization against local Arab regimes since they will be seen as complicit in what are perceived as Israeli crimes against Palestinians. This will position Iran to take advantage since it is allied with Hamas, Palestinian Islamic Jihad, Hezbollah, and the Assad regime, providing greater opportunities to open up a front with Israel and push its hegemonic regional agenda using support for the Palestinian cause as a trojan horse, while undermining the legitimacy of Arab states.

Since the onset of the revolutionary ferment in Syria in 2011, the United States has made a number of missteps. While some of these were the result of legitimate concerns and calculations, allowing for the re-legitimization of the Assad regime will constitute a strategic blunder that cannot be explained away, and one that will undermine the Biden administration’s oft-repeated promise to put human rights at the heart of its foreign policy. As such, the administration should pay close attention to its allies’ drive to normalize relations with the Assad regime, and should work hard to dissuade them from pursuing this unwise, short-sighted, and dangerous course of action. The administration should explain to them that re-empowering an Iranian client is surely not a viable way to contain Tehran’s regional ambitions, however difficult the path to implementing a democratic transition in Syria and pursuing justice against war criminals may be. It might be late, but Washington needs to defend its position in Syria and reclaim its credibility with the Syrian people, or it will suffer even greater consequences than those that have already been wrought by a conflict that has proven time and again that what happens in Syria does not stay in Syria.

Oula A. Alrifai is a fellow with the Washington Institute for Near East Policy’s Geduld Program on Arab Politics and a former asylee from Syria. She is author of the recently published report “In the Service of Ideology: Iran's Religious and Socioeconomic Activities in Syria.” Alrifai served as executive producer of the award-winning documentary Tomorrow’s Children, which explores the plight of Syrian refugees forced into child labor in Turkey.

Aaron Y. Zelin is the Richard Borow Fellow at the Washington Institute for Near East Policy, a Visiting Research Scholar at Brandeis University, and founder of Jihadology. He is author of the book Your Sons Are At Your Service: Tunisia’s Missionaries of Jihad (Columbia University Press, 2020). The views expressed in this piece are their own.