The potential impact of Ukraine-Russia conflict on the MENA region 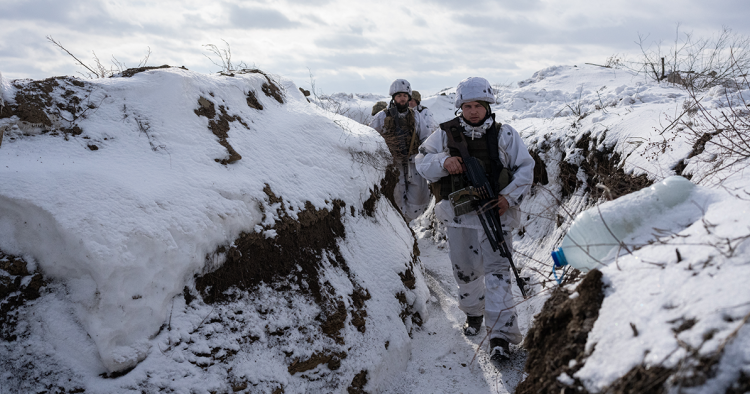 The Black Sea basin has become a flashpoint due to Russia’s interventions in Georgia and Ukraine. This has implications not only for European security, but also for Mediterranean security as well. As the prospect of a larger conflict between Ukraine and Russia looms, close attention should be paid to its possible effects on the Middle East and North Africa (MENA). The ties between the conflict in Ukraine and the MENA region are more complex than they may seem at first glance. Regional states have a direct interest in preventing escalation and, in the case of heightened conflict, in minimizing its consequences as quickly as possible.

There are three key areas where the MENA region will be affected by a large-scale confrontation between Russia and Ukraine: energy, due to expected interruptions of global energy flows; agriculture, because of possible disruptions of agricultural trade and grain production in the Black Sea basin; and refugees, as yet another humanitarian crisis would stress an already under-funded and over-extended global aid system.

Potential natural gas supply disruptions in Europe in the case of conflict between Russia and Ukraine are a major concern for the U.S. and the EU, and as a result they are taking measures to strengthen European energy security. Disruptions in the oil market are also possible. They could be caused either by financial sanctions — wherein buyers would not be able to buy Russian energy products — or by risks related to the transportation of Russian energy products, especially through the Black Sea and Ukrainian territory.

Russian natural gas accounts for about 40% of the EU gas market and making up for its disruption would not be easy. It is already known that Qatar and the U.S. are exploring options to provide Europe with gas shipments in the event of a Russian invasion of Ukraine; the topic was on the agenda to be discussed by President Joe Biden and Qatar’s emir, Sheikh Tamim bin Hamad Al Thani, during the latter’s White House visit on Jan. 31. It would not be the first time Qatar stepped in to alleviate a sudden energy crisis. In the aftermath of the 2011 Fukushima incident, Qatar — with the approval of European buyers — directed shipments to Japan, and in 2013 it helped Egypt to fill gas shortages. Qatar can provide more gas to Europe, working with the EU, U.S., and its Asian buyers, to find ways to divert cargoes from Asia to Europe in case of emergency. Qatar is undergoing a major expansion of its liquefied natural gas (LNG) capacity, with new plants that will come online in both the U.S. and Qatar from 2024. By helping Europe now, Qatar will certainly improve its image and its chances to sign long-term contracts with European buyers. This would achieve the country’s goal, as stated by Qatar’s energy minister, to ”monetize [gas] fields in the fastest way possible.”

In addition to Qatar, there are other MENA countries that could seize the moment to help Europe reduce its dependence on Russia. Egypt already increased its LNG supply to Europe and Algeria could provide an additional 7 billion cubic meters annually to the EU. These MENA gas producers could be part of the solution while increasing their market share, and showing goodwill in the current situation could bring them lucrative contracts in the future.

Regional energy producers could also help in the event of an oil supply crunch. Saudi Arabia, Iraq, and Kuwait have oil products comparable to Russia. These countries currently have spare capacity — according to the International Energy Agency, nearly 4 million barrels per day — and logistics that could be used to replace at least some of the oil normally provided by Russia. In 2021, those three countries’ exports to the EU were three times lower than Russia’s. Giving a helping hand by sending more oil to the European continent would confirm their reputation as reliable producers and could secure long-term contracts in the European oil market at the expense of Russia’s market share, which would decline if Russian banks and companies came under sanctions.

The Black Sea basin is one of the world’s most important areas for grain and agricultural exports. An estimated 12% of the total global grain trade passes through the Bosphorus every year, with many of these shipments heading to nearby MENA countries. Ukraine exports 95% of its grain through the Black Sea and more than 50% of its wheat exports went to the MENA region in 2020. Half of Lebanon’s and 43% of Libya’s wheat imports came from Ukraine. Egypt, the world’s largest wheat importer, relies heavily on imports from the Black Sea region. Additionally, Ukraine is Egypt’s primary supplier of corn. Extensive conflict or a blockade of the Black Sea would limit the agricultural products available to MENA countries, giving rise to a potential food crisis. Supplies from Ukraine would need to be replaced by those from another source, which would result in a hike in prices; they are already at a 10-year high, reaching levels comparable to those during the Arab Spring.

This is a strong motivator for MENA countries to try to persuade Russia to de-escalate. Turkey already showed its willingness to help defuse tensions. But other countries on good terms with President Vladimir Putin, such as Egypt, which will be impacted by a reduced flow of goods from the Black Sea region, could be more involved in convincing the Russian leader. After the 2014 annexation of Crimea, Russia tried to improve its relations with all countries in the Middle East and attract foreign investment from the region to reduce the impact of Western sanctions and avoid isolation. It managed to do so, but its balancing act of pursuing good relations with all regional powers is fragile and investments from the region mostly came from establishing joint investment funds and stakes in oil projects.

MENA leaders could persuade Putin to de-escalate by emphasizing that in a harsher sanctions environment, where transactions in dollars will be off limits for Russian companies, they will be forced to divest from joint funds. The future prospect of a Russian invasion in Ukraine would put them in the difficult position of choosing between doing business with the West or with Moscow, and this would make the Kremlin’s current regional balancing act impossible to sustain. Consequently, Russia’s presence in the MENA region would become more costly and challenging, especially in countries where conflicts exist and Moscow is involved.

International funding for humanitarian aid and reconstruction is already strained, with the United Nations estimating that a record number of people will need assistance in 2022. A conflict in Ukraine would further burden a system that is maxed out. Countries in the MENA region, such as Yemen, continue to be afflicted by conflict and remain in need of humanitarian aid, reconstruction, and development funds. MENA countries are also struggling to resolve their own refugee crises. It is in the region’s best interest to do what it can to prevent further escalation of the conflict between Ukraine and Russia, which would cause more suffering and destruction and require more resources to alleviate its effects.

The MENA region is not isolated from the consequences of a potential Ukrainian-Russian war. Countries in the region, especially oil and gas producers, can help to mitigate some of the effects, but it is better for them to do everything in their power to prevent it in the first place.

Cristian-Dan Tataru is an analyst with expertise in Russia, energy, foreign policy, and arms control. You can follow him on Twitter @Cristi_t_85. The views expressed in this piece are his own.