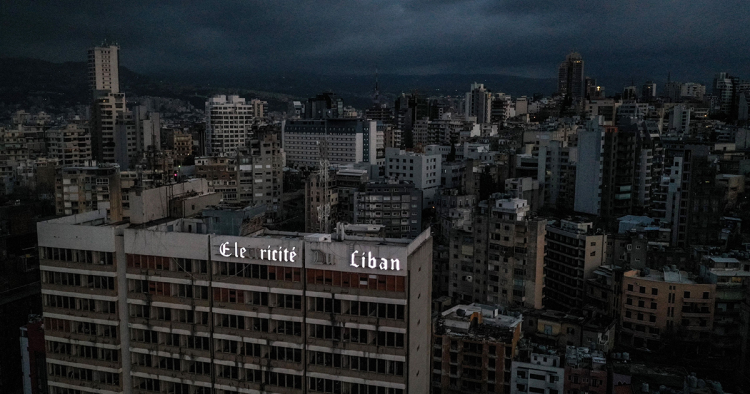 The formation of a new government in Lebanon — after more than a year of political deadlock and amid an economic crisis of dizzying severity — is a positive development. The scale of Lebanon’s economic challenges, however, requires a new government capable of breaking with its predecessors’ deliberate inaction. It necessitates strong and genuine political leadership, will and action to tackle the country’s many pressing challenges, especially in its dysfunctional energy sector. At the center of Lebanon’s economic woes, the energy sector alone has contributed to about 40% of the country’s public debt since 1992. Despite such high levels of spending, Lebanon’s electricity supply ranks among the worst worldwide, with near complete blackouts plaguing citizens during the summer heat of July and August. Simply put, Lebanon cannot afford to waste another opportunity to reform its electricity sector.

A structural reform of the sector is of immediate priority to achieve economic recovery. Blocked for decades by political paralysis within an elite-level arrangement incapable of delivering reforms, Lebanon’s present-day crises offer a window of opportunity to finally deliver change. These crises can produce a new political settlement in which electricity sector reforms must be a major component.

Chief among these reforms is the establishment and operationalization of an electricity regulatory authority (ERA), an independent institution tasked with among other things, setting tariffs and supervising contracts with the private sector for electricity production and distribution. While Lebanon’s lawmakers stipulated the creation of an ERA as early as 2002 (Law 462/2002), it still awaits establishment to this day.

The current context of coalition building as manifested in the creation of a new government, however, risks plunging the creation of an ERA into a “political economy trap.” A hastily created ERA, established just to please the international community, could be subjected to Lebanon’s elusive elite-level arrangement that will likely undermine its independence and effectiveness as an impartial regulator. The institution would be held hostage to the same mechanisms of rent generation and distribution among elites that have undermined the effectiveness of many other regulatory authorities created over the past decades. That way, an ERA would “trap” citizens in what would be little more than a continuation of the status quo in a more palatable institutional arrangement.

The Lebanese context provides a complex set of political economy challenges that make the creation of an ERA elusive. Lebanon has a weak and diffused system of governance, making it prone to elite-level influence. Without an ERA, it is the minister of energy and water (and informally her/his political party) that exercises authority over the sector, acting simultaneously as the key policymaker, supervisor of implementation, and regulator (primarily by license issuing and sector planning). Such authorities in a weak system of governance allowed the state-owned utility Electricité du Liban (EDL) to become a vehicle for rent extraction and distribution through its contracting and employment practices.

An independent regulator, then, would introduce governance changes that will lead to a realignment of existing clientelist relationships between political and business elites. While the effects on the distribution of rents are difficult to forecast, these realignments could create an opportunity for change. The present-day crises have caused a struggle over a new political settlement, which needs to adapt to incorporate an ERA.

The role of the ministry, however, would hardly be minimized. When much of the technocratic work of regulation is entrusted to an independent regulatory agency, the ministry would be free to concentrate its resources on its core tasks which are political in nature. These tasks involve planning public investment in infrastructure, shaping policy regarding public-private partnerships, and restructuring the sector, which will remain with the ministry and benefit from increased attention from its administration. Moreover, while the ERA would be entrusted with tariff determination, the final decision on these tariffs will remain with the cabinet of ministers.

The risk of “regulatory capture”

Lebanon’s crises, however, exert significant pressures on elites to allocate the remaining economic rents of the economy and the sector. A newly appointed regulatory institution therefore risks falling prey to the same mechanisms of elite capture that plague many other government institutions. From the banking sector, one of the origins of the current financial crisis, to telecom, where the mismatch between service and tariff is the highest in the world, to the Council of Development and Reconstruction, where politically connected firms receive inflated contracts, regulatory bodies in Lebanon have failed in performing their primary role of protecting the public’s interests.

These institutions demonstrate that Lebanon’s elites are unlikely to leave the makeup of an ERA up to chance (or technical expertise, for that matter). Such institutions come to life to solve problems of resource allocation. Designed with insufficient oversight, an ERA risks becoming a “political economy trap,” by serving as yet another mechanism for rent distribution.

What can be done in the short term?

These risks of elite capture dissuade us away from making progress on energy sector reform entirely contingent on the establishment of an ERA that is not fully independent. An ERA will, by itself, produce the electricity that is needed to mitigate the adverse effects of power shortages for Lebanon’s population and economy. There exist several well-known approaches to improve the sector in the short term, such as by facilitating investments in renewable energies, which politicians have failed to implement to date.

How, then, can reforms in the power sector be implemented? We see two guidelines that can help in doing so.

First, political factions need to formulate a clear vision for the future design of the energy sector. Past attempts to do so have failed as the status quo provided extensive benefits to elites. In light of the current crisis that led to deflated prices and a dearth of investment, a new vision is more likely as established mechanisms of rent extraction changed. This vision needs to be part of a new and broader political settlement, a grand bargain, in which elites understand how the costs and benefits of an independent ERA will be distributed among themselves and their constituencies. Such a new settlement needs to include the reform of other institutions and sectors, such as banking and telecom, in that elites re-balance the rents these sectors generate.

The present-day overlapping crises as well as the upcoming presidential, parliamentary, and municipal elections in 2022 present an important opportunity to arrive at such a new settlement. Given the depth of the crises and the dysfunctional political and administrative responses to them, a new settlement is pretty much a precondition for economic recovery to set in. Several new political parties are poised to exploit the negative public sentiment towards central elites and to challenge the distribution of political power during the elections, providing hope to gradually change the nature of political exchange.

Second, national and international stakeholders need to facilitate the building of coalitions to ensure the buy-in of both local and national elites. Previous work shows how coalitions that involve all concerned stakeholders, including municipalities, can facilitate solutions at the local level. Coalition building requires a change in thinking about how development initiatives are planned: away from centralized approaches to work primarily with central government institutions, such as ministries, towards projects and initiatives that engage a decentralized set of actors, such as via performance-based grant facilities for local development that require local actors to collaborate. The IMPACT platform is a recent example of such an approach, where a new technological infrastructure to engage local actors led to a realignment of interests and new norms of accountability between local governments and central auditors.

Outlook: An opportunity for Lebanon and beyond

In the past, Lebanon’s elites could get away with piecemeal and partial reforms as a bargaining chip for international financial support, which eventually served to perpetuate a regime of clientelism and extractive rent-seeking. The introduction of an ERA must evade this trap and avoid implicitly supporting elites in their unwavering efforts to uphold their extractive regime.

Rebuilding trust between the state and citizens is critical for an inclusive recovery not only in Lebanon, but the wider Middle East. Citizens, and youth in particular, want to be actively involved in formulating and implementing reforms that are crucial to rebuilding a state that delivers for its people. Electricity sector reform and the establishment of an independent ERA should exemplify how a new social contract can be devised between citizens and states. That way, Lebanon has a unique opportunity to serve as an example and set a standard for the whole region.

Ali Ahmad is a Fellow at the Harvard Kennedy School and a World Bank consultant.

Mounir Mahmalat is a Senior Researcher at The Policy Initiative.

Paul Noumba Um is the Regional Director of the MENA Infrastructure Department at the World Bank.

Jamal Saghir is a Professor of Practice at the Institute for the Study of International Development at McGill University.