The president’s time: How US-Iran relations are out of sync 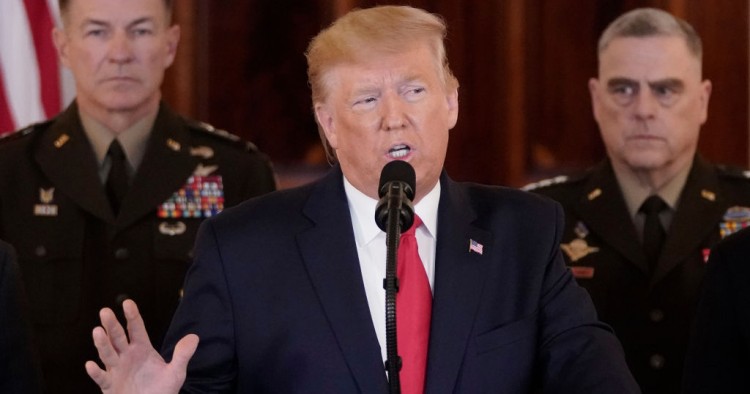 The Islamic Revolution of 1979 fundamentally transformed U.S.-Iran relations from a special relationship into an adversarial one. However, this has not prevented American presidents of both parties, from Ronald Reagan to Barack Obama, from reaching out to Tehran in the hope of a potential détente. There are many ideological, political, and economic factors behind the inability of Washington and Tehran to normalize their relations over the past four decades. One that has received little attention, however, is the cycle of U.S. presidential elections, the ensuing change of administrations, and their impact on the Iranian polity in bringing forth a moderate or hardliner, as is required to deal with the new Washington.

President Reagan’s attempt to reach out to Tehran occurred during one of the most volatile periods of U.S.-Iranian relations. The hostage crisis had just ended in 1981, and Iran was already engaged in a bloody war against Iraq. Reagan — who had criticized former President Jimmy Carter for his “abandonment” of the Shah — secretly approved the illegal sale of weapons to Iran, in what later became known as the Iran-Contra affair. To demonstrate his goodwill toward Iran, Reagan even sent a signed Bible with a handwritten note to Tehran.

After the revelations in 1986, Reagan called this initiative a “strategic opening deteriorated in implementation,” aimed at “renewing a relationship with the nation of Iran.” Meanwhile, Iran — desperate for American military hardware — went along with the deal but shied away from any political openings with the U.S. Iran’s then speaker of Parliament and future president, Akbar Hashemi Rafsanjani, argued that “the time is not right that we have … discussion with the United States.” In essence, Tehran was not ready for an opening with Washington.

The presidency of Bill Clinton (1993-2001) is widely regarded as one of the turning points in U.S.-Iranian relations, in that Washington expanded economic sanctions on Iran, banning trade and investment with the country. The Clinton administration further declared a “state of emergency” with regard to Iran, which has since been renewed by every U.S. president. Nevertheless, Clinton also attempted to break the ice between the two countries. In his efforts, he found a willing counterpart in Mohammad Khatami, who was president of Iran from 1997 to 2005 and embarked on a campaign to improve the country’s relationship with the U.S.

In an attempt to distance Iran from its past, Khatami, during a January 1998 interview with U.S. news channel CNN, expressed his regret over the 1979 U.S. embassy takeover and stated, “I do know that the feelings of the great American people have been hurt, and of course I regret it.” The Clinton administration reciprocated Khatami’s gesture in March 2000, when former Secretary of State Madeleine Albright acknowledged the U.S. role in the 1953 coup, which saw the overthrow of Iranian Prime Minister Mohammad Mosaddegh. While bilateral relations did not experience a major breakthrough, over the four years when both presidents were in office, Clinton and Khatami demonstrated courage in distancing themselves from two catalytic events in the history of U.S.-Iran relations, establishing a critical foundation for a potential rapprochement.

Clinton’s successor George W. Bush, perhaps pressured by the terrorist attacks of 9/11, took a different approach from his predecessor. While the two countries “positively” cooperated in establishing a new Afghan government in the aftermath of the U.S. invasion in 2001, Bush included Iran on his infamous “Axis of Evil” list, significantly undermining Khatami’s reform agenda. The revelation of Iran’s secret nuclear sites in 2002 also added to growing tensions between Tehran and Washington.

The ideologically driven hawks in Washington delivered another victory to Khatami’s hardliner opponents by repeatedly calling for military action against Iran. By 2004, the Iranian hardliners who opposed Khatami’s reform agenda successfully marginalized him. In the same year, the Guardian Council, the unelected body in charge of vetting, disqualified more than 8,000 candidates for Majlis (Parliament) elections, including incumbent reformist lawmakers. The following year Mahmoud Ahmadinejad — the conservative mayor of Tehran and a former Islamic Revolutionary Guard Corps (IRGC) member — succeeded Khatami, effectively ending the reform era.

In retrospect, the failure of the Khatami administration to deliver on its promises, coupled with the looming threat from Washington, buttressed Iran’s security apparatus — namely the IRGC — and set the stage for the ascendancy of conservatives, who had been pushed out of Iran’s executive and legislative bodies.

The initial overtures from President Obama, who took office in 2009, aimed at bringing about a change in U.S.-Iranian relations were futile, primarily because of the refusal of Iran’s supreme leader, Ayatollah Ali Khamenei, to talk with the U.S. Obama simultaneously formed an international coalition aimed at curbing Iran’s nuclear ambitions, prompting a series of international and unilateral sanctions on its economy. Meanwhile, Obama — through Omani mediators — initiated the backchannel talks that eventually led to the signing of the nuclear deal in 2015. However, it was not until the ascendancy of Hassan Rouhani, who has been Iran’s president since 2013, and the rise of pragmatic forces in the same year that Obama found a pro-engagement administration in Tehran. In 2016, Iranians voted Rouhani’s reformist allies into the Majlis, reaffirming his pro-engagement agenda with the West.

Reminiscent of the Clinton era, the period from 2013-16 created a positive atmosphere in U.S.-Iranian relations, wherein both Obama and Rouhani appreciated the necessity of direct engagement. This recognition created a small window of opportunity in which the countries directly communicated with each other at the highest levels, helping to reduce the tensions between them. In this regard, one should not underestimate the importance of the impact of Rouhani’s pragmatic approach on Iran’s foreign relations, nor of Obama’s recognition that Iran could not be omitted from regional calculations. Obama’s departure, however, shattered hopes of any further rapprochement between the two capitals.

The presidency of Donald Trump began at a time when Tehran and Washington were tacitly cooperating in the fight against ISIS, and the Iran nuclear deal had reduced the possibility of a regional conflict in the Middle East. Nevertheless, the Trump administration — citing the shortcomings of the deal — unilaterally withdrew from it and re-imposed economic sanctions on Iran, seeking a “better” deal. So far, the “waterboarding” of the Iranian economy has not only failed to achieve its stated goals, it has also caused more chaos in the Middle East, and prompted Iran to resume its nuclear activities.

Trump’s “maximum pressure” campaign is also shifting Iranian politics to the right once again, strengthening the hardliners and the IRGC, which has in fact benefited from the sanctions. As in the 2004 parliamentary elections, the conservative-leaning Guardian Council disqualified a large number of incumbent reformist candidates from the Feb. 21 parliamentary elections, which paved the way for the hardliners’ takeover of the next Majlis. From Tehran, hardliners have secured all 30 seats, with Mohammad Baqer Qalibaf, a former IRGC commander and a three-time presidential candidate, reported to be the next speaker. The rise of the hardliners could, in turn, jeopardize the future of the nuclear deal.

Iranian Foreign Minister Mohammad Javad Zarif noted in 2014 that “some people at the White House rewarded Iranians with a president that went on for eight years. He gave me an early retirement … Now I am back from the dead.” If history is a guide, one should also expect the next Iranian president, who is set to take office in 2021, to be from the conservative camp and the security apparatus. In essence, Iran’s political establishment is in the process of transforming into a homogenous front of conservative elements, opposed to engagement with the U.S.

Ayatollah Khamenei’s personal opposition to a comprehensive détente between Tehran and Washington also plays a critical role in the ongoing stalemate. While determining the origins of his opposition to the U.S. is beyond the scope of this analysis, Ayatollah Khamenei’s concerns over the future of the revolution — which was based on anti-Western ideology — and his own upbringing are perhaps two critical sources. As a disciple of the founder of the Islamic Revolution, Ayatollah Ruhollah Khomeini, who viewed U.S.-Iranian relations as being similar to the relationship between a “wolf and a sheep,” Khamenei strongly believes that the interests of the U.S. and Iran are fundamentally at odds with one another, and that a détente would be detrimental to the core values of the revolution.

Over the past four decades, U.S. presidents of both parties have unsuccessfully reached out to Tehran for a strategic opening. It seems that U.S.-Iran relations are out of sync, in that American presidents who have looked to build bridges with Iran were haunted by the policies of their predecessors, who favored a more aggressive policy. Tragically, it seems that the Iran hawks in Washington who hold a Manichean view of U.S.-Iranian relations in effect help their ideological allies in Iran secure the few elected bodies of the Iranian polity, making a détente even less likely. This helps to explain why Iran and the U.S. are entangled in a vicious cycle of squandered opportunities.

Sina Azodi is a PhD candidate in international relations at the University of South Florida. He is also a foreign policy advisor at Gulf State Analytics, a Washington-based geopolitical consultancy firm. Follow him on Twitter: @azodiac83. The views expressed in this article are his own.