Preventing a miscalculation between the US and Israel on Iran 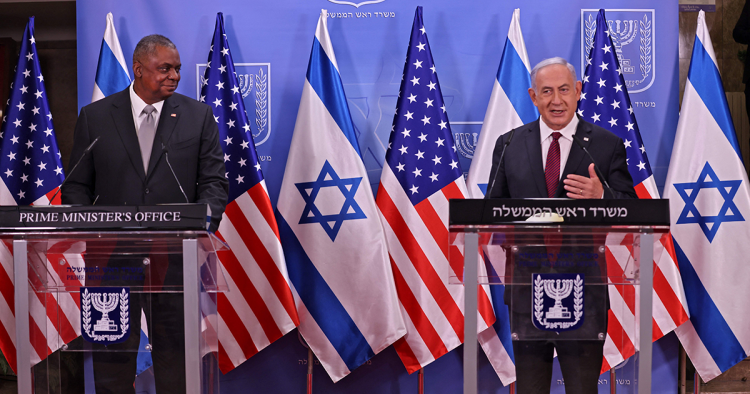 The U.S.-Israel relationship is a close partnership founded on shared national security interests as well as democratic values. Washington’s commitment to the security and wellbeing of the state of Israel is exceptional, and bilateral ties remain strong despite the erosion of support for Israel among progressive and isolationist circles in the U.S. A previous article highlighted the fact that the shared aim of preventing Iran from acquiring nuclear weapons leaves considerable room for constructive dialogue between the two countries regarding how best to achieve that goal. This article will explore how the Iran issue presents many pitfalls for miscalculation that could derail even the most well-intended efforts at formulating a coordinated U.S.-Israel strategy.

The potential for one partner to miscalculate or misinterpret the actions of the other, or draw the wrong lessons from the confrontation between President Barack Obama and Prime Minister Benjamin Netanyahu, is considerable. The steps taken by the two governments thus far — including two rounds of strategic dialogue between respective national security advisors — indicate a willingness to work together, but also at the same time a limited tolerance for actions or statements by the other perceived as disregarding its interests. Dialogue may not be enough to bridge gaps on the fundamental disagreement about how to prevent Iran from going nuclear: the U.S. wants to do so by rejoining the 2015 nuclear deal, or Joint Comprehensive Plan of Action (JCPOA), as a basis for future negotiations while Israel believes that returning to the original nuclear agreement without first patching up its loopholes could facilitate Iran’s construction of a full-scale nuclear program over the next decade.

For the time being, the prospect of the U.S. and Iran returning to full compliance with the JCPOA remains a distant prospect, and in some ways this may help to defer potential U.S.-Israel confrontations on the issue. But even steps taken prior to the resurrection of the agreement could sour the dialogue intended to bridge or at least coordinate the Iran policies of Washington and Jerusalem that is already underway and is about to pick up pace. There are some initial positive signs that U.S. engagement with its Middle Eastern allies is yielding results: the White House appears unwilling to Iran’s malign regional activity to advance nuclear diplomacy, as indicated by its declared commitment to “work with our regional partners to deter Iranian aggression” as well as U.S. military action against Iranian-backed militias in Syria.

But the U.S. easing of pressure on Iran while squeezing its traditional allies in the region is a cause for concern in Israel.

While Washington insists on describing its indirect nuclear talks with Iran in positive terms, Tehran has only been escalating its violations of the JCPOA and the Non-Proliferation Treaty. In recent months, Iran has expanded its nuclear program to include the production of uranium metal as well as enrichment with more advanced centrifuges. The U.S. has denounced Iran’s intention to enrich uranium to 60%, but it remains to be seen how the U.S. administration perceives Israeli actions that disrupt the Iranian nuclear program including, according to foreign press, the attack on Natanz.

Increasingly lax enforcement of sanctions also provides financial “breathing room” to the Iranian regime and makes its decision regarding the allocation of resources to sustain regional activities somewhat easier. To be clear, this is not to say that starving the regime of funds reduces the threats posed by its regional proxies, but it does force Tehran to make far more difficult choices.

In parallel, Israel saw the informal leader of the regional anti-Iran coalition, Saudi Arabia, under attack — first figuratively and then literally. The new U.S. administration froze weapons sales to the kingdom, released the Office of the Director of National Intelligence’s report on the murder of Jamal Khashoggi implicating the crown prince, and publicly ended U.S. support for Saudi Arabia’s war in Yemen. All this seems to have prompted an unprecedented Houthi barrage of ballistic missiles and “suicide drones” on the kingdom’s critical infrastructure. U.S. policy toward the Saudi campaign in Yemen appears to prioritize washing the White House’s hands of the problem, ostensibly on humanitarian grounds, above all else, including the impact of its policies on the people of Yemen and its regional allies.

From the Biden administration’s perspective, this shift in Middle East policy was necessary to remedy problems created by the former administration. First, the White House is seeking to shore up allies’ support for its effort to pressure Iran to return tofull compliance the JCPOA and commit to further negotiations. Second, the steps regarding Yemen and Saudi Arabia are intended to rebalance the interests vs. values equation in U.S. foreign policy.

A potentially troubling phenomenon is the willingness of U.S. officials to speak with the press and attribute covert operations against Iran to Israel. To some American officials, the Israeli operations may seem like an attempt to derail the ongoing indirect talks with Iran; however, Israelis see weakening Iran’s nuclear and conventional capabilities as serving Israeli and American goals whether the JCPOA is revived or the current state of affairs (long-term competition with Iran) continues. While Washington may view “leaks” as useful for averting misattribution by Tehran, such as it has done in the past, the Israelis see the clear finger-pointing at Jerusalem as potentially limiting their freedom of action or even provoking an Iranian response. It is true that some past “leaking” about Israeli operations has been done by Israeli officials themselves due to a perceived benefit in terms of deterrence or domestic political opinion, but when American counterparts leak on their allies’ activities, then Jerusalem might view this as an intentional effort to change its calculus on the “campaign between wars” — or just a lack of understanding of the risks involved in such attributions.

On the whole, decision makers in Jerusalem view these general trends as at odds with Israel’s vital security interests, which include maximizing the distance between Iran and a nuclear weapon and disrupting Tehran’s regional network of proxy militias. The belief among Israeli officials is that failing to push back on Iran’s increasingly serious nuclear violations while scaling back the U.S.-Saudi relationship allows Tehran to improve its leverage even as Washington undermines its own.

A previous piece noted with concern that senior Israeli officials, including the prime minister and the Israel Defense Forces chief of staff, had made comments regarding Iran that appeared like diktats to the new U.S. administration. However, in recent weeks and months, high-level Israeli decision makers appear to have quieted down in that regard.

But in the initial weeks after Jan. 20, the White House appeared not to assign an especially high level of urgency to coordinating with Israel on Iran or holding a conversation between President Joe Biden and Prime Minister Netanyahu. U.S. (in)actions may be innocuous and instead represent the high prioritization of restoring relations with European allies that are also signatories to the JCPOA, but it appeared to many like a snub. All the while the memory of the JCPOA negotiations is still fresh in the minds of Israeli decision makers, who were blindsided by the covert U.S.-Iran talks in 2012. Now that the dialogue between the U.S. and Israeli National Security Councils has begun and a high-level Israeli delegation is planned to visit Washington in late April, it remains to be seen what results these initiatives will yield.

There will be no second chance to make a first impression. If the U.S. approach thus far continues, it may feed concerns in the region that Washington is not serious about engaging its Middle Eastern partners on the issues before forging ahead with its own set of interests and priorities. As a result, belief in Jerusalem that coordination with Washington is the most effective approach for coping with the Iran nuclear issue may decline further. Of course, amid the turmoil of what appears to be a perpetual cycle of elections and unsuccessful coalition-building in Israel, the potential for a repeat of Netanyahu’s defiant performance in opposition to U.S. policy increases. But this is not yet a fait accompli, and it can and should be prevented through a sustained effort to reduce tensions and provide clarity regarding U.S. and Israeli policies toward Iran.

It is in the best interests of both Israel and the U.S. to arrive at a coordinated and comprehensive strategy toward Iran that seeks to address the nuclear issue while pushing back on Tehran’s destabilizing activity in the region. Avoiding unforced errors due to miscalculation or misinterpretation is necessary but not in itself sufficient to achieve that end; to promote the desired outcome, both sides will need to diligently work to create and maintain a sustained dialogue and a positive atmosphere. The appointment of a U.S. ambassador to Israel, prevention of future U.S. leaks about Israel’s covert operations, and greater consideration for how steps regarding Iran will be perceived in the region could help to facilitate vital lines of communication between the two allies.

Yochai Guisky is a retired Lt. Col. from the Israel Defense Forces (IDF) and Ministry of Defense and currently is a strategic adviser and researcher focusing on international affairs and strategic planning.

Ari Heistein is a research fellow and chief of staff to the director at the Institute for National Security Studies (INSS). His research focuses on U.S. foreign policy, the U.S.-Israel relationship, Israeli strategy vis-à-vis Iran, and the Yemeni civil war. The views expressed in this piece are their own.