Pro-Palestine solidarity in the UAE: A view from Emirati activists 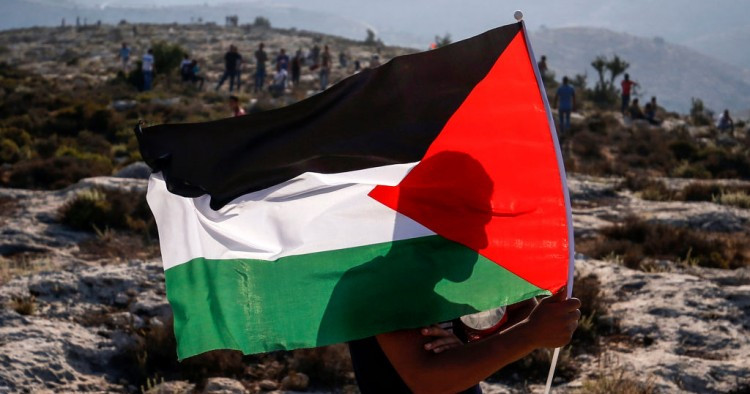 When the normalization agreement between the UAE and Israel was announced in August 2020, the response from the heavily policed and surveilled Emirati population was — understandably — muted. Social media accounts tied to government officials, or those thought to be close to the regime, were quickly vocal and aggressive online in support of the new policy, threatening retribution for anyone who might disagree. One Emirati writer who expressed dissent was banned from travel only a few days later.

Opposition to the policy has come from within the Emirati exile community instead. These exiles found themselves pushed out of the country following the events of the Arab Spring, when the Emirati government tightened its repression of individuals and groups calling for political reform. Many were members of, or had ties to, the Islamist group al-Islah (later declared a terrorist group by the Emirati government and banned outright). Many are also still active in advocating for their loved ones who remain imprisoned, and for mobilizing in exile to pressure the Emirati government. Although the circumstances of their expulsion had more to do with domestic politics rather than regional concerns, the issue of Palestine (and of normalization with the state of Israel) today has become a focal point of organizing against the Emirati regime.

These activists see the normalization deal as a blow to the future of their country; one activist I spoke with characterized this step as an infiltration of the state by Israeli agents and a potential cover for future repression. Public opinion data is hard to come by on such sensitive issues, but activists argue that pro-Palestine sentiment is strong among Emiratis, particularly older generations who were socialized in school systems that emphasized Muslim and Arab identity. One activist told me that whenever he started a live feed on the Snapchat app, he would quickly garner thousands of viewers. Although activists acknowledge that younger Emiratis face a different message, and are therefore more susceptible to adopting the government line, they nevertheless believe those who oppose the deal are a silent majority. Moreover, the growing ties between Emirati funders and Israeli tech companies are of immense concern for them, as these linkages facilitate increased transnational repression. The fear is that Israel and the UAE, and their allies in the region, will coordinate more effectively to repress political opposition to either (or both) country’s policies, including making targets of those who call for more accountability.

The issue of Palestine plays a re-mobilizing role in this case, as opposition to the normalization deal — and calls for representative foreign policy decisions — become intertwined with the underlying issue of authoritarian governance. If society is mostly pro-Palestinian, activists theorized, then pursuing a foreign policy that runs counter to public sentiment would require a degree of repression. We do not have any methodologically sound polling from the UAE, but polling from the region — and from the Gulf in particular — has shown this to be a valid assumption. 80% of respondents from the Gulf opposed diplomatic recognition of Israel in the latest polling we have on this question, and the Emirati activists I spoke with assert their countrymen are no exception.

The activists rationalized that following normalization, having pro-Palestine positions becomes a subversive act, placing more people in opposition to state policy and outside the regime’s new red lines of acceptable discourse. The immediate aftermath shows that this fear was not unfounded; for example, following the announcement of the Abraham Accords, Emiratis were encouraged to report on anyone they knew who opposed the deal and made this opposition public.

Activists across the region were further alarmed that the UAE would join forces so openly with Israel, which is well-known for its authoritarian technologies and cyber warfare industry, particularly in light of the close coordination between the Israeli government and private Israeli corporations.

The normalization deal thus sparked a flurry of activity, both within the Emirati exile community as well as in broader Gulf activist circles (in which Emirati activists participated). For instance, the late Alaa al-Siddiq was known in the region for her advocacy on behalf of her imprisoned father. She gained more recognition, among wider audiences, after she became active in the Gulf Coalition Against Normalization and appeared in a number of events for the organization. She also worked behind the scenes to amplify Palestinian voices and facilitate meetings with U.N. officials, as well as provided archival research to organizations in Palestine. Before her untimely passing, al-Siddiq told me that exiles were facing renewed pressure, and indeed after her death it was revealed she had been a target of Israeli-Emirati surveillance. Nevertheless she remained committed to increasing awareness among Emiratis, and providing an alternative discourse, saying “we [Emirati activists] have nothing left to lose.”

Activists are also organizing Emirati-specific organizations. For example, Hamad al-Shamsi — one of the activists who fled the country following the infamous “UAE 94 Case” — is one of the members of the newly resurrected Emirati Committee against Normalization. This committee ended its work in 2013 following arrests and repression, but has now been restarted by a new set of members. Their goals are similar to what al-Siddiq described in her work: to change the discourse, and counter aggressive regime attempts to garner societal support for normalization policies. “We must give people a different impression, that there is a different opinion out there,” al-Shamsi says. Given that the UAE has steadily worked to shut down all spaces for public engagement, and for freedom of expression (such as unions, student groups, and independent committees), al-Shamsi sees the committee as a necessary bulwark against regime-dominated narratives.

Emirati activists recognize that they are a very small group, facing up against the machinery of a state that — as al-Shamsi put it — is “forward thinking” and which has “worked for a long time” to set the stage for these political shifts. But they see the normalization deal with the state of Israel as a tipping point. In their view, the state has crossed a red line and accelerated the path to complete control over society. The issue of Palestine then is not only important because of its “moral and religious implications,” as al-Siddiq laid out, but also — in the estimation of these activists — an existential issue that will determine the future of the Emirati people.

As we see an increase in transnational authoritarian linkages — even between “democratic” countries and autocratic allies — as well as a rise in repressive technologies and surveillance, it becomes clear to activists that issues of foreign policy are inextricably connected to the trajectory of domestic politics. Thus the Palestinian cause will remain a mobilizing force for Arab societies, as well as a target of regimes across the region.

Dana El Kurd is a non-resident scholar with MEI’s Program on Palestine and Palestinian-Israeli Affairs. She holds a Ph.D. in government with concentrations in comparative politics and international relations, and has focused her work on authoritarian regimes in the Arab world, state-society relations in these countries, and the impact of international intervention. The views expressed in this piece are her own.