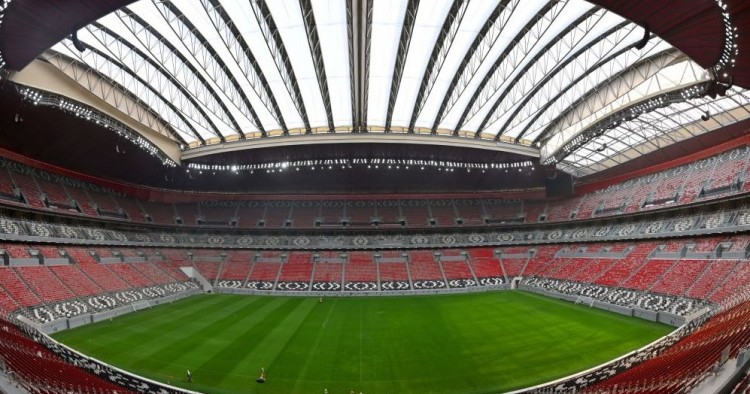 Sports diplomacy is the deliberate, strategic use of sporting events by states to create a favorable international image  — the “continuation of policy by other means,” whereby sports, nationalism, commerce, and diplomacy are inextricably linked. The Arab Gulf region is home to several major competitive centers for the sports industry, and sports have been used in the branding and marketing of cities such as Dubai, Abu Dhabi, Manama, and Doha. Clearly, the Gulf Cooperation Council (GCC) member states have understood the importance of using global sports, especially high-profile international events like the F1 and World Cup, for soft power and public diplomacy.

Several GCC states have sought to improve their standing by pursuing a higher FIFA ranking and more Olympic medals, through sponsoring and directly investing in top leagues and events. Sports migration — the signing of high-profile foreign athletes to play in local leagues or represent states at international events, where citizenship is part of the deal — is a quintessential part of the overall sports diplomacy strategy. To this end, Qatar has set up the Aspire Academy, an ambitious program to scout for young athletes worldwide. The academy also recruits top coaches and scientists with the aim of advancing the local sports sector. Qatar in particular has emerged as a leading destination for sports clubs and athletes to prepare for international competition or to organize training camps during the winter break in Europe.

Thanks to TV channels such as beIN Sports, Abu Dhabi Sport, and Dubai Sport, some GCC states are evolving into a major hub for TV production and broadcasting, thereby attracting many sports journalists, broadcasters, analysts, and commentators. Doha-based beIN has vied to dominate broadcasting rights for major sports competitions and leagues and has been expanding into Europe, North America, and Asia.

Qatar’s sport engagement is used primarily to promote a narrative, focused on three themes: Health and well-being, in a society that has high obesity rates; modernization and progress, which is key to confronting negative stereotypes of Gulf Arabs; and a prestige or attractiveness that boosts Qatar’s tourism sector, within the framework of diversifying the economy beyond the hydrocarbon sector. As a state that has limited hard power, Qatar’s overarching soft power strategies in sports and other areas play a significant role in Doha’s international relations.

Officials in Doha have been thinking about sports strategically, viewing investments in this sector as a crucial part of the Arabian emirate’s post-gas future. With a relatively small size and population, Qatar, which gained independence not even 50 years ago, has seen sports as helping to build up the country’s profile and presence on the international stage while reaching out to new audiences in diverse societies worldwide. As such, as the Qatari government has made sports an integral part of the country’s nation branding and development. Although other GCC member states such as Bahrain and the UAE began hosting sports tournaments before Qatar, the Qataris began playing this game by hosting the Asian Games in 2006. By 2008, only two years before the country won the bid to host the 2022 World Cup, Qatar’s leadership unveiled Vision 2030, which ambitiously calls on Qataris to grow their country’s sports sector. From the perspective of officials in Doha, the benefits of investments in this sector go beyond soft power to improve national health and facilitate economic diversification away from the emirate’s traditional gas and oil sectors.

However, this approach also comes with risks: Qatar could face “soft disempowerment” (the loss of influence, attractiveness, and prestige, in relative terms) and harm its reputation if things don’t go well. Instead of establishing a positive perception of the country, the efforts have often backfired. This has been a particular issue in the run-up to the 2022 FIFA World Cup, which Qatar is set to host. There has been substantial criticism from NGOs and international officials about how migrant workers have been treated in the construction industry, pointing to high death tolls and widespread abuse of workers. Other criticism has focused on the timing of the tournament, which will now be held in winter to avoid the very high summer temperatures, but also throwing off the schedule of several European football leagues.

While Qatar has launched a public relations response to address these accusations, it nonetheless faced numerous challenges hosting last year’s IAAF World Athletics Championships: stadiums were largely empty of spectators, even though tickets were handed out for free. There was evidence to suggest that certain events and ceremonies were poorly organized, such as when the stadium’s main sound system failed and a scheduled podium ceremony was called off. Organizers were accused of jeopardizing the athletes’ health by staging events late at night and in suffocating humidity. Much of the criticism was leveled by athletes themselves, which further undermined Qatar’s credibility as a sporting nation.

The issues at the IAAF championships were presented as a sign of what could potentially happen in 2022 — as proof that holding the World Cup in Qatar was an accident waiting to happen. Perhaps Qatar will learn from the lessons of staging last year’s IAAF event; the main argument put forward in defense of Qatar is that because football is much more popular than track and field, Qatar will surely perfect its organizational skills for the World Cup and will have the time to do so.

In response to mounting condemnation of the treatment of workers in the country, in October 2019, Qatar’s government announced its plans to end the kafala migrant labor system in early 2020. In January 2020, Assistant Undersecretary for Labor Affairs Mohammed al-Obaidly said that Qatar had eliminated restrictions on workers’ rights to enter and/or exit the emirate without permission from employers. His announcement came two days after Human Rights Watch released a report that maintained that the reforms in Doha “have not gone far enough, and implementation has been uneven.” Yet after this announcement the International Labour Organization, a UN agency, hailed the country for scrapping the restrictions as a “great milestone in the ambitious labor reform agenda of the state of Qatar.”

Ultimately, implementing labor reforms will be in Qatar’s best interests as it comes under growing scrutiny from the international community. Throughout the near three-year blockade imposed by its neighbors, Qatari officials have been under pressure to present their narrative to the world at large. This story aims to distinguish Doha from Abu Dhabi and Riyadh as more open, free, and respecting of human rights. In order to strengthen Qatar’s case, the leadership in Doha must address the issues within the country that have captured the attention of human rights and labor rights advocates for years. For Qataris, 2020 will be a year to demonstrate that they are fully committed to making good on promises to improve conditions for the (mainly) Asian laborers working on World Cup-related projects in the Arabian Peninsula’s scorching heat.

If Qatar proves capable of doing so, the risk of an international backlash against Doha in regard to its efforts to develop a larger and higher-profile sports sector will significantly decrease. Under such circumstances, the Qataris will be in a stronger position to reap benefits from this sector’s growth and success in the years ahead. With 2022 only two years away, the opportunity to use sports diplomacy to further boost Brand Qatar on the international stage is just around the corner.

Dr. Kristian Alexander is an advisor at Gulf State Analytics (@GulfStateAnalyt), a Washington, D.C.-based geopolitical risk consultancy. He is also an assistant professor at the College of Humanities and Social Sciences, Zayed University, Abu Dhabi, UAE. He previously taught at the University of Utah. Giorgio Cafiero (@GiorgioCafiero) is the CEO of Gulf State Analytics. The views expressed in this article are their own.