Randa Slim on Russia’s Decision to Partially Withdraw from Syria 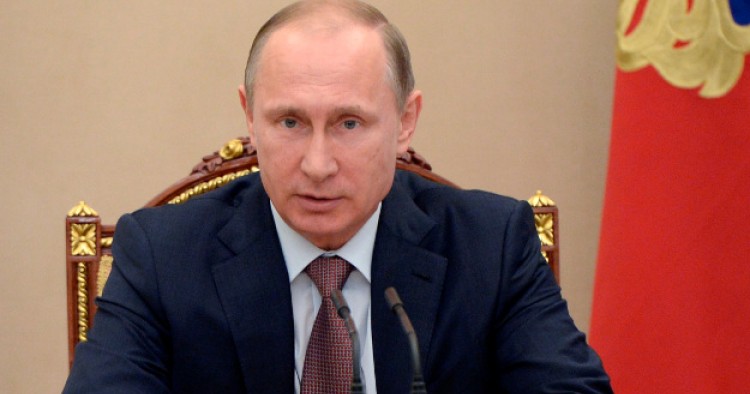 Russian President Vladimir Putin surprised observers when he announced on March 14 that he is going to begin withdrawing Russian military forces from Syria. As the director of MEI's Initiative for Track II Dialogues Randa Slim has worked extensively with all parties on the Syrian conflict, including Russian participants. She discusses the meaning of Putin's decision with MEI Senior Editor Antoun Issa.

Issa: Is President Putin’s decision to withdraw most of his forces from Syria surprising? The Russians are winning, so why pull out?

Slim: Moscow's military intervention in Syria had two principal objectives. First, to prevent the military defeat of Assad and to shore up the regime. They intervened last September because they thought the regime was so weak that it was going to implode. Second, to say we have a role to play in the final solution in Syria. Now they have a political process and a negotiation process to achieve both of these objectives diplomatically. You are not hearing any more demands for regime change in Syria. And everybody’s saying there needs to be transition which has to come through negotiations. Russia is a co-sponsor of the Geneva process through which the final solution in Syria will be negotiated.

But has it shored up the regime? If the Russian forces pull out, who’s to say the Assad regime will stand on its own two feet?

I don’t think Russia will pull out unless they are confident that there will be no external assistance to the opposition of the kind that it might upend the military balance that exists today in Syria.

Russia has obviously shown to the opposition’s backers, Turkey, Saudi Arabia, that if the regime is under threat, it will go in and draw the lines.

They are going to continue to support the Syrian regime. Russian officials have already announced that their two bases in Syria - the maritime base and the airforce base - will continue to operate. So we need more detail to know what Putin means by troop withdrawal. How many troops are being withdrawn? How many planes are being withdrawn? Does it mean that Russia will no longer carpet bomb rebel-held areas?

The dynamic between Putin and Assad is also interesting. Assad came out a few weeks ago saying he wants to reconquer all of Syria, and then the Russians pushed back. So is this Russia’s way of saying, “You know what, there are no more offensives, this is as far as you are going. We will protect your territory but we are not going to go any further than this. You are going to have to negotiate a deal.”

Exactly. There has been a growing exasperation in Moscow with Assad. He has proven to be the kind of ally who is too costly to maintain in the long-term, given his grandiose ambition. The timing of this decision is also very interesting. The timing is meant to say, specifically to Assad, that he needs to enter into these negotiations in Geneva with a serious mindset, he needs to make serious concessions, and there are going to be limits to how far the Russians are willing to support him. So you have to look at the timing as aiming at restraining Assad’s grand ambitions ahead of the Geneva talks, ambitions which he developed after Russia intervened militarily on his side. This growing Russian exasperation started with the first statement that you mentioned, when he said, “We are about to reconquer all of Syria.” And right away there was a pushback from the Russian U.N. envoy about that.

I think the second decision which exasperated Moscow big time was Assad's presidential decree to hold parliamentary elections in April. I think Russia saw this decision as upending the timetable prescribed by the Vienna agreements. And then, the final straw was Syrian Foreign Minister Walid Moallem’s statement that Assad’s future is a red line, that they are not in Geneva to discuss a political transition. I think this Russian decision comes as a result of a growing exasperation over the decisions and statements which Assad and other Syrian officials have made over the last few months.

Do you think it will work? Will Assad fall into line and actually come up with a plan for transition, or will he exploit the Iranian-Russian relationship and maybe fall back to Iran?

It all depends on what Iran does next. Following Russian Deputy Foreign Minister Mikhail Bogdanov’s last visit to Tehran, statements made by Iranian officials seemed to indicate that there was some gap between the Iranian and Russian positions vis-à-vis the process of negotiations in Syria, who participates in them, their agenda and what the negotiations should achieve. There’s definitely a gap between the Russian and the Iranian positions over which groups should be allowed into the negotiating room.  I was told in Moscow that Putin himself made the decision not to have Ahrar al-Sham and Jaish al-Islam excluded from the cessation of hostilities agreement, whereas Iran has always viewed Ahrar al-Sham and Jaish al-Islam as clones of Jabhat al-Nusra. Until now, Assad has been able to rely on his Russian and Iranian allies, and has been able to play the old Assad game, playing his allies off against each other. One outcome of Putin’s decision, if it leads to a Russian troop withdrawal, is to make Assad rely even more on the Iranians, assuming the Iranians are willing to put more blood and treasure into the fight to help Assad achieve his grand objectives. So I think what will be interesting to watch next are the statements that are going to come out of Tehran in reaction to Putin's decision.

What about ISIS? Is that not a factor for Putin?