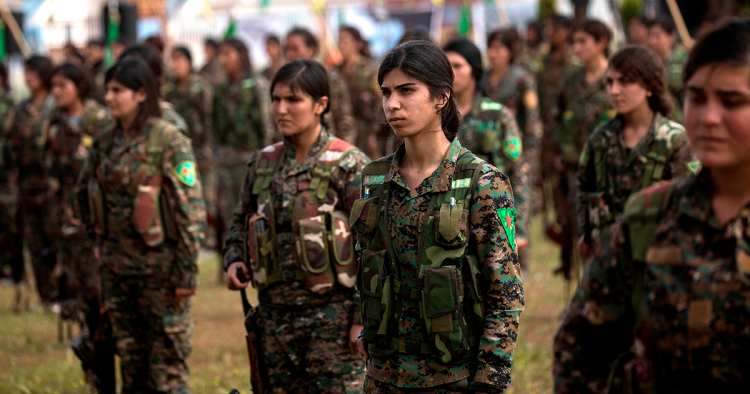 The Women, Peace, and Security Act of 2017 sought to strengthen efforts to increase women’s participation in “processes seeking to prevent, mitigate, or resolve violent conflict.” The act acknowledged a long-known fact: Women are integral to conflict prevention, counter-terrorism, and durable stabilization efforts. While this legislation intended to push for the meaningful participation of women in all facets of conflict, the subsequent actions associated with enforcing the act have fallen short and women’s participation has been relegated to the “softer” tasks of conflict prevention or resolution — efforts often consigned to conferences and staffs outside the sharper elbows and inner circles of defense and diplomacy principals. A March 2021 Center for Naval Analysis (CNA) study on gender and violent extremism concluded that “despite the passage of Women, Peace and Security (WPS) legislation in the US … DOD activities that are truly gender considered are severely limited, lack nuance, and are not institutionalized.”1

Department of Defense (DOD) counter-terrorism approaches, specifically those in the Middle East, often overlook the role women play in violent extremist organizations (VEOs), reducing them to victims and rarely highlighting their role across the spectrum of conflict. Women in these organizations play roles from caretaker to combatant, fundraiser to fighter — checking almost every block within supporting, enabling, and operational positions — while their male counterparts focus almost exclusively on higher-end enabling and operational functions. Although women play a critical role in the success or failure of these extremist organizations, their comprehensive roles are often overlooked when combatting these groups. Among its findings, CNA could not identify “any data to demonstrate that DOD operational and tactical unit-level activities have incorporated gender considerations since 2018.”

Despite the end of the United States’ combat role in Afghanistan and now Iraq, the necessity of continued and meaningful engagement in the Middle East and Central Asia remains. Regional challenges are made more complex by the presence of strategic competitors vying for power and influence across this vast area, adding to the risk and complexity of this global crossroads. DOD’s counter-terrorism and countering violent extremism initiatives were disproportionately influenced by gender stereotypes, resulting in stove-piped efforts between conflict prevention, conflict, and conflict resolution, with regional women’s participation only requested in the prevention and resolution rather than in the execution of the conflict itself. To improve future engagement strategies and preserve a competitive advantage, the United States must continue to work with and encourage partner nations to allow for the meaningful participation of women in all aspects of security and defense.

In a 2015 documentary highlighting the Women’s Protection Units (YPJ) within the Syrian Democratic Forces, a father whose daughter is getting ready to leave for a YPJ training camp says to the camera, “anyone who’s armed enjoys equal rights.” While conventional militaries throughout the Middle East may be slow to bring women into the fold, non-state actors, including violent extremist groups, have found ways to capitalize on the participation of women. It’s long been understood that in addition to victims of terror, women can also be perpetrators of violence. The roles that women fill in VEOs are diverse and varied: domestic caretakers, recruiters, strategic communicators, intelligence collectors, weapons smugglers, combatants, and suicide bombers. DOD’s interaction with these women must be just as diverse and varied — moving beyond stereotypical non-combatant engagements. What happened to the meaningful participation of women in all aspects of security? Yes, women should participate in prevention and resolution, but what about everything in between? This requires acknowledging that women too can be combatants — that they are capable and indeed often do participate in the “fighting part.”

Without a renewed focus on implementing the legislation within the WPS Initiative, the DOD will continue to operate under antiquated notions of “gender” in the Middle East. When women are only associated with the prevention of war or conflict resolution, their ability to affect the very conduct of conflict is all but ignored. As we shift from a combat to an advisory role in the Iraq and Syria conflict, we must not overlook the myriad security implications associated with al-Hol Camp in Hasakah, Syria. Although the numbers fluctuate, today there are approximately 57,000 refugees in al-Hol Camp, 80% of them women and children. These refugee families are a mixing bowl of ISIS families, ISIS victims, and refugees that fled the Gulf War some 30 years ago. While most of the ISIS associated women and children are now displaced from their husbands who fought for the caliphate, the extreme ideology remains alive within the camp, with many of the children now coming of fighting age. Reports of women and children within the camp conducting ISIS operations and perpetuating ISIS ideology are widespread. Women are often both the perpetrators and the victims of the violence in al-Hol.

While non-profit organizations work tirelessly to feed, educate, and secure these refugees, there is no comprehensive disengagement and reintegration program in place, nor is there cultural, gender, or age expertise to markedly change the minds of those still intent on waging jihad. In addition to disengaging these groups from violent activities to prevent further radicalization or potential violence, focused de-radicalization efforts may be necessary. With the WPS legislation available yet dormant in the Middle East, there is opportunity to begin leveraging the cultural expertise and insight of women inside of Arab militaries to begin developing disengagement from violence efforts within al-Hol now, breaking down the barriers of entry that Western or male teams would face.

Despite the end of U.S. involvement in Afghanistan, the Middle East and South-Central Asia are rife with unresolved conflicts, power vacuums, and problems as varied as growing water shortages and the effects of mass migration. The congressional mandate for the DOD to provide for a study to “conduct research and analysis on the relationship between gender and violent extremism” came too late. As the United States shifts its security approach in the coming National Defense Strategy to one of integrated deterrence, it must take a careful look at its relationships with its partners and allies who will form the nucleus for executing this strategy. Each alliance and partnership will have a different purpose — with some countries the United States will share objectives, values, and military platforms, with others, the partnership may be more transactional. With all, however, women will be integral. Half of the world’s population must be represented in the development of these new strategies and approaches to security. As the United States incorporates information, cyber, and space into our security lexicon, it must leverage this group of thinkers and practitioners across the competition continuum.

The DOD fiscal year 2022 budget justification included $6.5 billion for Security Cooperation Programs and Activities, $4.7 billion of which will be designated for the Combatant Command overseeing the Middle East and South-Central Asia. While the DOD historically does not disaggregate security cooperation recipients by gender, the Women, Peace, and Security Strategic Framework and Implementation Plan directs the DOD to “increase the meaningful participation of women in partner nation security sector initiatives, including programs on the rule of law and within professional military education.” In addition to encouraging partner nations to increase opportunities for women to serve in traditional military constructs, the DOD can also seek to leverage a more inclusive approach to human security by taking advantage of less traditional mechanisms to “build partner capacity.” Section 1202 of the 2018 National Defense Authorization Act authorizes the Secretary of Defense to provide support to “foreign forces, irregular forces, groups, or individuals” in support of U.S. Special Operations irregular warfare efforts. Leveraging 1202 authorities to engage “non-traditional” security cooperation partners, including women, in the place of “legacy” counter-terrorism-centric security cooperation vehicles is one method to begin this expansion.

WPS is an important thread that should run through and cohere in emerging national security, defense and military strategy, and Joint Warfighting Concept documents. The maintenance and sustainment of U.S. competitive advantage requires careful attention to global, political and social change. Women serve as both the vanguard and foot soldiers of much of this change and must be accounted for in our strategic calculus and planning. We also must be clear-eyed about women’s role in the peace and security problem set — and the degree to which they contribute to stability and instability.

Lt. Col. Katie Crombe has served in a variety of strategy and planning roles across the Middle East and currently serves at U.S. Special Operations Command Central as the Director of Strategy and Plans. She is also a Non-Resident Scholar with MEI’s Defense and Security Program.

Erin Moffitt is a career national security professional with experience in defense policy and advocacy. She is currently a senior analyst at the Center for Counterterrorism Studies within Joint Special Operations Command. She is also a Non-Resident Scholar with MEI’s Defense and Security Program.

The views expressed in this article are those of the authors and do not reflect the official policy or position of the Department of Defense or the U.S. Government.

1. The Office of the Assistant Secretary of Defense for Special Operations/Low-Intensity Conflict - Stability and Humanitarian Affairs asked CNA to study the role of women and gender in both violent extremist organizations and U.S. counter-terrorism and counter violent extremism operations.