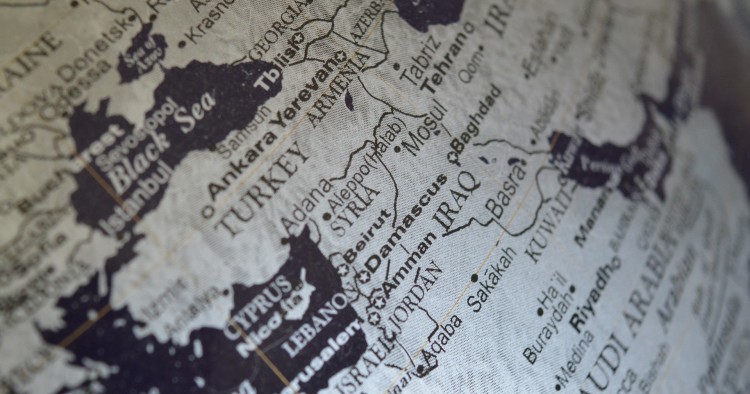 U.S. Middle East policy tends to elicit the most heated debates in Washington. But if there’s one issue on which there’s near unanimous consensus it is that the region is in desperate need of a new security architecture that ideally would generate stability but more realistically reduce tensions and the risk of hostilities and escalation.

Even regional antagonists agree that the time to form such an architecture is now. The United States is perceived by many actors in the region to be in strategic retreat from the Middle East and some of its actions lately, in the eyes of even its regional partners, have done more harm than good to regional security. Decreasing faith in U.S. policy has given way to increasing ownership by regional states of matters affecting their security.

Over the past few months, Saudi and Emirati officials have called for de-escalation with Iran as well as comprehensive talks about regional interventions, weapons limitations, and nuclear restrictions. The New York Times has even reported some quiet diplomacy between Abu Dhabi and Tehran, the purpose of which is to avert war amid escalating violence between Iran and the United States. Iran has expressed interest in negotiations as it could benefit from normalized relations with its Arab neighbors by securing their investments in its faltering economy, breaking out of its international isolation, and further challenging U.S. influence.

The merits of a new security order in the Middle East — the most heavily militarized and war-prone region in the world — are obvious. The obstacles are clear too. From territorial disputes and ethno-religious animosities to ideological struggles and old-fashioned rivalries, all have conspired against the creation of this most prized yet elusive regional framework. The question — and ultimate challenge — has always been how to get there. Given that the objective of Middle East peace and stability might take generations to achieve, we recommend a patient, bottom-up approach to at least complement top-down processes, should these ever materialize.

Three key and interrelated but vastly overlooked factors that will continue to hinder the development of a regional cooperative structure are the substantial deficits in strategic, legal, and technical know-how among most powers in the region.

If regional security talks do start and touch on a broad gamut of issues including arms (conventional and unconventional), energy, the environment, food, political violence, and water, expert communities must participate and lend their knowledge to the process. Governments in the region cannot do this alone because they simply don’t have enough expertise. However, those communities either are scarce or don’t exist in most parts of the region, with the notable exceptions of Israel, and to some extent Iran and Egypt. The Israelis and Egyptians have battled since the 1990s in international nonproliferation fora over issues of arms control and nuclear disarmament but failed to reach any agreements.

Yet, Israel and Egypt are no longer the sole players in the regional security and nonproliferation agenda and their political-legal feud is far less relevant in today’s strategic environment in the Middle East, where the center of Arab gravity and power balance seems to have shifted in favor of the oil-rich monarchies of the Gulf. But it is those rising powers — primarily Qatar, Saudi Arabia, and the UAE — that lack the expertise and experience to deal with concepts and practices of strategic planning, regional security, and arms control.

At the risk of oversimplification, if a country has neither the knowledge nor the capacity to effectively engage in high-level negotiations with an adversary over incredibly complex matters including risk reduction, dual-use technologies, verification mechanisms, and environmental contamination, it is much less likely to enter into such talks in the first place. And even if it does, it might not have the expertise to embed its national interests in agreements and sustain them.

Consider the following examples. Given the repeated use of chemical weapons during the Syrian civil war, and the suspected failure of the international process to rid the Assad regime of its remaining chemical stockpile, if there were ever a time to push aggressively for the elimination of all chemical weapons in the Middle East, this is it. But for regional stakeholders to credibly take part in this conversation, either as part of a weapons of mass destruction free zone or as a standalone measure, they need to appreciate the legal gaps in the existing international measures that ban the use of chemical weapons and the means to address them. While a country’s expertise alone can’t stop its adversary from transforming chemicals into weapons, ignorance makes that goal virtually impossible. The same logic applies to nuclear materials and biological weapons. Without expert knowledge and verification skills one cannot distinguish sufficiently between peaceful and militarized nuclear programs and thus be able to reduce the chances of cheating.

As to nuclear security and safety, international attention has understandably focused on Iran’s and Israel’s nuclear programs. But even if the region manages to avoid mushroom clouds, it still has to grapple with the enormous challenge of the proliferation of civilian nuclear programs that lack adequate safety and security measures (Egypt, Iran, Saudi Arabia, Turkey, and the UAE all see nuclear energy as a long-term solution to their dependence on fossil fuel).

For countries to cooperate and prevent a Fukushima-like scenario, they have to better appreciate how natural disasters including tsunamis could disable even the sturdiest reactor cooling systems and cause nuclear meltdown and contamination that can easily spill over to neighboring countries. However, that level of technical understanding is lacking in many parts of the region. So is the emergency response infrastructure and regional cooperation necessary to deal with such a potential disaster. The 2018 Nuclear Security Index, an independent assessment conducted by the Economist Intelligence Unit and the Nuclear Threat Initiative, found that the Middle East ranks poorly in safeguarding nuclear materials from theft and is highly vulnerable to nuclear sabotage.

We’re not arguing that high-level regional security talks shouldn’t even start before countries in the region develop the technical and bureaucratic capacities to effectively engage with various aspects of regional security or become more familiar with concepts of arms control. Rather, our point is that should there be continued under-appreciation of and lack of investment in solutions to these intellectual and practical handicaps among most states in the region, progress is unlikely to take place or be sustainable. It’s worth recalling that to materialize and ultimately produce accords, arms control talks during and after the Cold War, be it between the superpowers or among the European states, took years to prepare for.

For the past few years, we have devoted much of our time, both together and separately, to helping address this monumental challenge in the region, recognizing that bridging those knowledge and capacity gaps will require many years as well as a concerted international effort. Our proudest achievement is the creation of a relatively small but growing network of young experts from the region whose purpose is to develop and promote region-based approaches to security including arms control, nonproliferation, and disarmament through capacity building, training, dialogue, knowledge dissemination, and teaching by example.

With the support of our partners including the University of California, Los Angeles and Sandia National Laboratories, our members have had opportunities to learn about legal and technical issues related to regional security and nonproliferation. For example, we recently held a nuclear disarmament verification simulation through which participants learned how to verify dismantled nuclear devices and use open source and geospatial analysis while identifying confidence-building measures. Members also have periodically taken part in semi-official meetings in various locations around the world to discuss regional security issues.

Given the magnitude of the knowledge and capacity gaps countries in the Middle East face with respect to the strategic, legal, and technical field of regional security, it would be a big mistake to focus solely on political issues should high-level negotiations ever start among regional states. All international parties with a stake in Middle East stability should devote much more time, effort, and resources to helping regional stakeholders better prepare, both conceptually and practically, for the development of a regional security framework. Leaders meet in summits and sign the deals, yes, but it’s their diplomats, advisors, scientists, experts, military generals, and broader expert communities (both public and private) that lay the groundwork and make those deals stick.