Renouncing al-Qaeda and the prospects for engagement 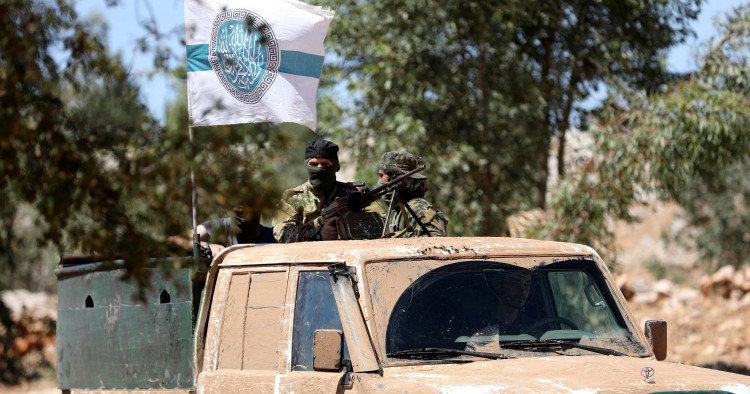 The seizure of the northern Syrian province of Idlib by Hayat Tahrir al-Sham (HTS) from other armed opposition groups in early January once again brings to the fore the debate over its ties to al-Qaeda (AQ). HTS grew out of the Nusra Front (NF) in 2017, when it was required to renounce AQ as part of a plan to unify with other Syrian insurgents. The nature of this renunciation is still contested, however. Those who acknowledge the organizational split and significant strategic differences between HTS and AQ challenge the international community’s continued classification of HTS as an AQ affiliate. This classification suggests that many states still believe there are strong personal and ideological ties between the two groups.

A major reason for the disagreement is that, in contrast with joining AQ, there is no precedent for renouncing it. Most analysis of AQ’s franchising strategy suggests that organizational necessity, especially after a strategic defeat, is what motivates armed groups to affiliate themselves with AQ. In return, they get material or reputational support and specific skills. Joining AQ is therefore not necessarily about ideology so much as a pragmatic step to ensure survival in a challenging environment. Abu-Harith al-Masri, a leading HTS jurist who was a member of Ayman al-Zawahiri’s former group, Egyptian Islamic Jihad, candidly told the author a few years ago that Zawahiri joined Osama bin Laden for practical reasons more than anything else.

But can a group renounce AQ? If so, under what circumstances? If joining AQ is a pragmatic choice driven by a group’s internal organizational dynamics and external conditions, the rationale underpinning its allegiance to AQ can certainly change over time. At the moment, Western countries are much more focused on addressing the issue of launchpads for attacks directed at them than they are on dealing with armed groups’ local behavior, as recent discussions with the Taliban suggest. Affiliation with international networks committed to attacking Western countries effectively shapes these Western countries’ policies towards Islamist armed groups. Groups that previously considered allegiance to AQ a strength certainly recognize that such an association has become a burden, as Osama bin Laden himself noted in 2011.

But the leaders of armed groups are not necessarily able to impose practical decisions on an issue like this in a top-down fashion. Mobilizing and socializing thousands of militants around specific ideological commitments constrains armed groups’ decision-making processes. This is particularly true when there is factional competition between groups, since this lowers the costs of dissidence and means that members have plenty of alternatives in case of disagreements over strategy. Maintaining a level of ambiguity can help to balance different factions and prevent organizational schisms. This explains why HTS initially presented the split from AQ as a ruse to suspicious fellow leaders. In addition, the initial rationale for a decision can change over time. New circumstances and military necessity can dictate new strategies or tactics that were previously unforeseen. Regardless of what HTS leader Abu Mohammed al-Julani originally intended, what matters now is the group’s future trajectory.

Overlooking the internal dynamics of HTS and viewing the group as a strategic black box that can make and implement any rational decision at any time is problematic for two reasons, especially in light of the group’s renunciation of AQ. First, misunderstanding the group’s complex internal dynamics exaggerates the level of control its leader has. In turn, this leads analysts to frame all of the group’s actions against AQ dissidents as mere deception and subterfuge designed to confuse Western countries. Second, this simplified conception makes it nearly impossible for HTS to prove its commitment to splitting from AQ. Instead, this “proof” takes the form of the removal of specific individuals like HTS leader Julani.

Neglecting armed groups’ organizational dynamics also has practical consequences on the ground. HTS’s decision to subjugate other armed groups and impose a severe form of local governance cannot be solely blamed on foreign actors. At the same time, the group’s takeover of Idlib cannot be totally detached from the lack of response to its renunciation of AQ either. Without international acknowledgement that its strategy has changed, HTS has one way forward. Only by becoming a local hegemon that foreign states must recognize can HTS avoid a military confrontation with the Syrian regime and its allies.

Considering HTS’s past receptiveness to incentives, determining a quantifiable modus operandi to stabilize northwest Syria and confirm its dissociation from AQ is the only alternative. HTS has already responded to international pressure by marginalizing AQ loyalists and collaborating with Turkey despite strong internal disagreements. Additional measurable steps could include the formation of a local government inclusive of all Syrian opposition forces, guarantees on foreign fighters, release of prisoners, and the formation of accountable internal security forces. Practical steps can be implemented and evaluated gradually, without merely insisting on the group’s ideological evolution – which is inherently difficult to assess. For example, Abu-Harith, the leading HTS jurist, was once in the leadership of an Islamist political party in Egypt while simultaneously denying the legitimacy of democracy in Islam. Which is more important, their theological positions or their actual behavior?

If there is no response when a group decides to leave AQ, that ultimately reinforces AQ’s position. While some reports claim AQ has tens of thousands of members worldwide, adding raw numbers without evaluating their meaning and context obscures the reality of the situation. The Bush administration’s decision to lump together different and distinctive conflicts and view them solely through the lens of AQ was one of the major mistakes of the post-9/11 war on terror. This positioned AQ at the forefront of armed opposition to the U.S. and bolstered the group’s attractiveness for previously unaffiliated youths. Barring a way out from AQ’s orbit is a comparable error.

It is paradoxical to encourage political dialogue with the Taliban, to which AQ swore an oath of allegiance, without also exploring the possibility of engaging a group that has renounced its allegiance to AQ. Although engagement can be problematic and controversial, endlessly debating the group’s ties to AQ yields no positive outcome either. It is time to earnestly evaluate the nature of HTS’s Islamist project in order to determine the best policy response. Other groups on the verge of victory like the Shabab movement in Somalia are certainly watching.